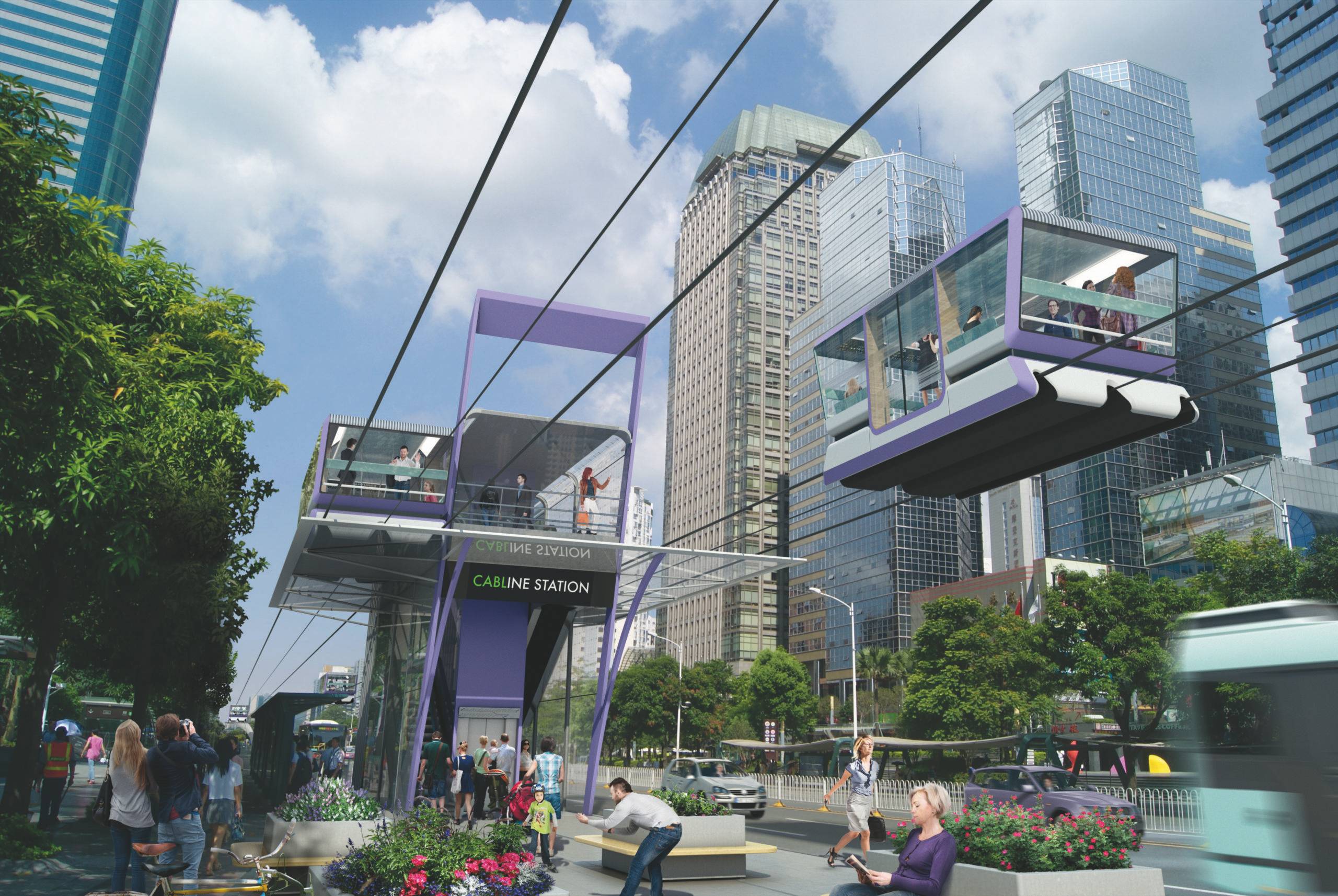 Self-propelled cabins will move over ropes at speeds of up to 45km/hr.

A new agreement signed in Dubai will see authorities explore the development of an urban ropeway.

>> Dubai to become first city outside US to operate driverless vehicles

The CABLINE system developed by MND aims at offering a “completely new experience” for aerial transportation.

CABLINE is designed to integrate and connect to a city’s existing inter-modal transport network. The fully automatic, driverless transport system has self-propelled cabins moving over ropes at speeds of up to 45km/hr.

>> This suspended train could be the future of travel in Dubai

It uses a minimalist infrastructure that is easy to integrate with the least possible footprint. It is more aesthetic, quieter and more energy sufficient than traditional ropeway transportation.

CABLINE allows easier maintenance to “guarantee high availability rate of the urban transport system and optimal service for the passengers”.

The agreement is in line with the RTA’s efforts to realise Dubai’s vision to have 25 per cent of all trips be self-driving by 2030.

“MND is a leading group for ropeways infrastructure (that is) working on a new driverless high-speed system. This CABLINE system by MND is flexible, energy-saving, and has minor impact on the urban environment,” he added.

Xavier Gallot-Lavallée, CEO of MND, said: “We believe the CABLINE technology under development in our ropeways design centre based in the French Alps can contribute to new urban transportation experience. Our engineering team has been working hard in the last years to finalise design and make CABLINE a unique and disruptive technology to ease urban mobility.”

This agreement is among the many the RTA has been signing to explore new, futuristic modes of transport for the Emirate.

In June, the authority had inked an agreement to explore developing a suspended transport network. The agreement was signed with Zhong Tang Sky Railway Group, which is behind the Sky Train that can zip at speeds of up to 65kmph.

In April, it was announced that Dubai would become the first city outside the US to operate Cruise driverless taxis.

In June 2019, the RTA had signed an agreement with skyTran, which develops Sky Pod units.

In February last year, it signed another agreement with one of the biggest developers of sky pods in the world, BeemCar Ltd.