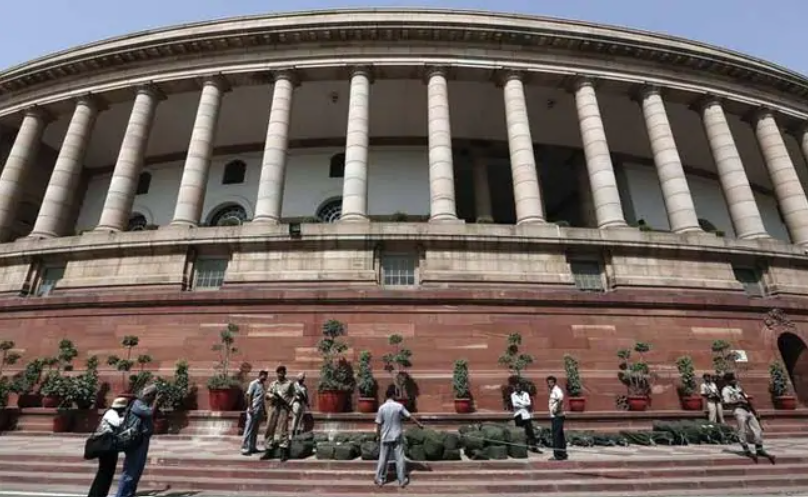 The last enhancement of seats took place in 1977 when the population of the country was 550 million.

Congress leader Manish Tewari on Sunday claimed that there is a proposal to increase the strength of Lok Sabha to 1,000 or more and sought public consultation before its implementation.

His remarks come amid the ongoing construction work on the Central Vista project.

“I am reliably informed by Parliamentary colleagues in BJP that there is a proposal to increase the strength of Lok Sabha to 1,000 or more before 2024. New Parliament Chamber being constructed as a 1,000 seater. Before this is done, there should be a serious public consultation,” Manish Tewari tweeted.

“Job of an MP is to make laws for the country. The role was emasculated by 10th schedule of the Indian Constitution. To take care of development imperatives, we have 73rd, 74th Constitutional Amendment topped by legislative assemblies. If the proposal to increase LS to 1,000 is true, it will have implications”, Tewari further wrote.

“Do not yet know correct or otherwise, proposal/idea includes 1/3 rd Reservation for women. Good move but why 1/3rd out of 1,000 or more why not 543 that CP Smt Sonia Gandhi has been fighting for over two decades. Women are 50 per cent, but the parliament of 1,000 has own implications,” he said.

“Public debate is needed. A large country like ours needs more directly elected representatives. But if the increase is based on population it will further diminish the representation of the southern states, that will not be acceptable,” Senior Congress leader Karti Chidambaram said in a tweet.

Earlier, on December 16, 2019, giving impetus to the Modi government’s plan to increase the number of seats in Lok Sabha through delimitation, former president Pranab Mukherjee advocated an increase in the enhancement of Lok Sabha seats to 1,000.

Underlining the need to have more Lok Sabha and Rajya Sabha members of Parliament, Mukherjee had said that the last enhancement of seats in the lower house of Parliament took place in 1977 when the population of the country was 550 million.

As of now, the Parliament of India has a sanctioned strength of 543 plus two members from the Anglo-Indian community.