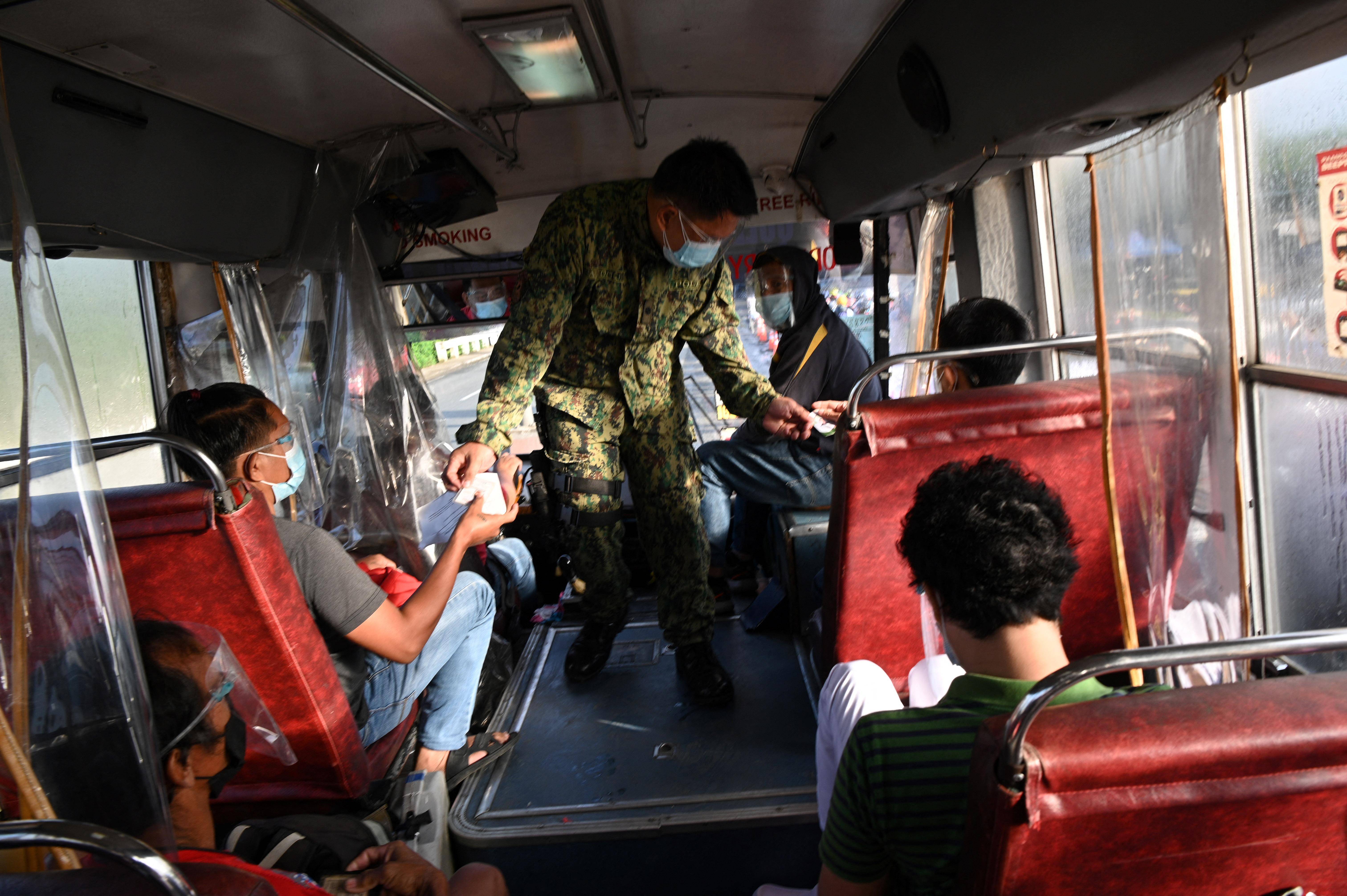 The Philippine capital Manila returned to lockdown Friday as authorities sought to slow the spread of the hyper-contagious Delta variant and ease pressure on hospitals while trying to avoid crushing economic activity.

Police checkpoints across the National Capital Region, where more than 13 million people live, caused long queues as officers in camouflage uniforms inspected vehicles to ensure only essential workers were on the road.

Experts warned that an explosion in Delta cases could overwhelm the health system if restrictions were not tightened in the crowded capital, which accounts for about a third of the country’s economy.

The stay-at-home order announced last week was expanded Thursday to include neighbouring Laguna province. Restrictions were also tightened in other regions where coronavirus infections have spiked.

The Philippines has detected more than 330 Delta cases in recent weeks and there are fears the strain could tear through the nation as it has in neighbouring countries.

Successive lockdowns and other restrictions, including a ban on children going outdoors, have shattered the economy and left millions jobless.

There are concerns the new lockdown will deepen the misery, with government assistance limited to 4,000 pesos ($80) per household.

Only essential businesses and workers can operate for the next two weeks. Outdoor exercise is allowed, but an eight-hour nighttime curfew is in place.

“I hope the government will be able to give aid so it can help cover our expenses,” fish vendor Junrel Bihag told AFP, describing life during the pandemic as “really difficult”.

Fears that unvaccinated people would not be allowed outside or receive government help during lockdown sent thousands flocking to vaccination sites on Thursday, forcing one location to close.

The rush to get jabbed came after President Rodrigo Duterte said last week that people who do not want to be vaccinated should stay home.

“If you go out I will tell the police to bring you home. You will be escorted back to your house because you are a walking spreader,” Duterte said.

But his spokesman, Harry Roque, rejected suggestions Thursday that the president’s remarks triggered the vaccination rush, instead blaming “fake news”.

“We are not imposing any prohibitions on people who are not vaccinated. We are merely asking that, now that the vaccine is there, everyone should get a jab,” Roque told reporters.

The country’s glacial vaccination drive has been hampered by tight global supply and logistical problems. Just over 10 million people are now fully vaccinated, representing nine percent of the population.