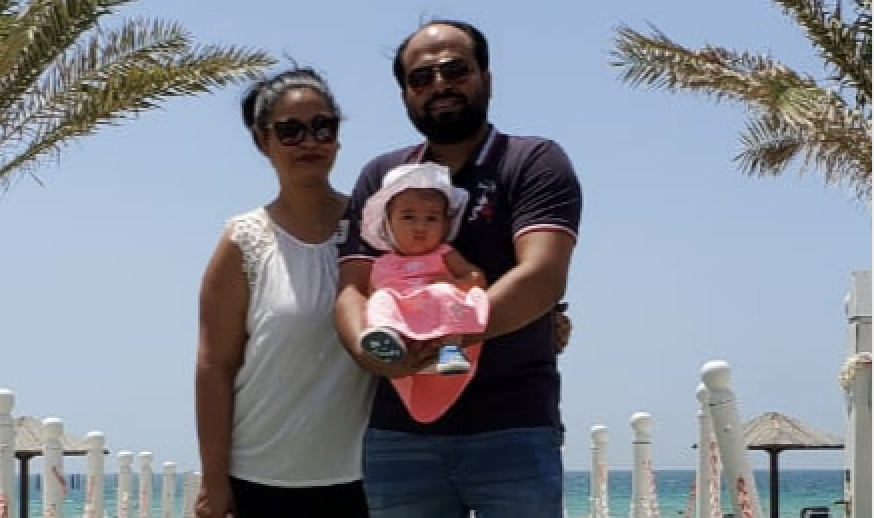 Many expats eagerly looking forward to spending time with their families back home.

With flight rules eased from some restricted countries to the UAE, many Indian expats are looking to fly home on vacations or to attend to urgent matters and emergencies.

Vinod Thangoor can’t wait to see his parents in Bangalore after a 24-month wait.“I last visited India in August 2019. Since then, it has been an agonizing and anxious 24-month wait to see my parents, who live alone in Bangalore. I am worried for their health. Daily Zoom/ToTok calls are just not enough. Now that flights from India have opened up. I will be flying home at the earliest. I thank the UAE government for making this happen,” said Vinod, global commercial director of Xentrix Global FZE LLC.

N.M. Aboobaker, a relieved parent from Mussafah in Abu Dhabi, who is flying to Kerala with his family on Sunday, said: “I took a PCR test for everyone today. Our actual plan was to spend the summer vacation in Kerala, but it got marred by travel curbs. My kids Reem Fathima, Riham Thasneem and Raneem Aboobaker were all frustrated at being unable to fly home during the holidays. Now, I hope to give them at least three weeks of enjoyment before the academic year starts,” said Aboobaker.

Meanwhile, Vaneesha Noronha from Oud Metha in Dubai, is looking forward to her parents and in-laws seeing their baby Amaira. “We are delighted at the possibility of traveling to India. We are eagerly looking forward to take our baby to Mumbai to see her grandparents and family, as they are missing out on spending time with her due to the pandemic. We would love to fly home as long as we can be sure of returning to the UAE without restrictions,” Vaneesha told Khaleej Times.

Zenella Braganza and her siblings who reside in Dubailand, also plan on reuniting with their mother in Goa after 20 months. “The resumption of flights from India is a huge relief for me and my siblings. We have not seen our mother since December 2019 and were to travel to Goa in June 2021, but cancelled plans due to uncertainty over return flights. Now that restrictions are lifted, we plan to fly home after 20 months. Also since we are fully vaccinated it puts our mind at ease about returning. This is definitely going to be an emotional catch-up!” said Zenella.

Fathima, a Grade 6 student, is thrilled to no extent and counting hours to her flight. “We are so happy. We were eager to meet our grandparents. We have been staying home for nearly two years. If we stay put like this, maybe our grandparents will forget our faces,” Fathima told Khaleej Times.

While travel agents and airline officials in Dubai said that they were yet to see a spike in outbound travel to India, there is huge demand in Abu Dhabi for the India sector.

“We had expected a rise in bookings, but we haven’t seen a spike yet in outbound travel. Maybe it is because people still fear that there could be an increase in cases in India leading to restrictions, said Raheesh Babu, group chief operating officer of online travel agency Musafir.com. “Some may also be worried if they will be able to get the necessary approvals while returning. The costs involved for PCR tests for a family is also a reason. Also, schools are set to reopen and it could shift from e-learning to on-site learning,” Babu added.

“There are bookings but they are mostly people travelling on emergencies, not vacations. Maybe over the next couple of days or in a week’s time, there could be an increase,” he added.

Babu said the fare has remained the same — anywhere between Dh1,500 to Dh1,700 for a return ticket to India.

An airline official also said traction has been low despite the Onam festival being round the corner. “We had expected some traffic during Onam, but we haven’t seen a lot of traction. Some are fearing a third wave in India. Hopefully, in the coming days, we expect a surge in bookings. There are very few numbers at the moment, but things will bounce back. It is just a matter of time. If two or three families travel and return, it will help in rebuilding confidence,” he said.

Meanwhile, a travel agent from Abu Dhabi said that pent-up demand for travel has resulted in massive bookings.

“We have seen a surge in demand from people wanting to travel. From 60-70 per cent capacity, we are reaching 90 to 100 percent occupancy. We didn’t see full capacity even during the Eid Al Adha holidays. Now people are reassured that they can return to the UAE,” the agent said.