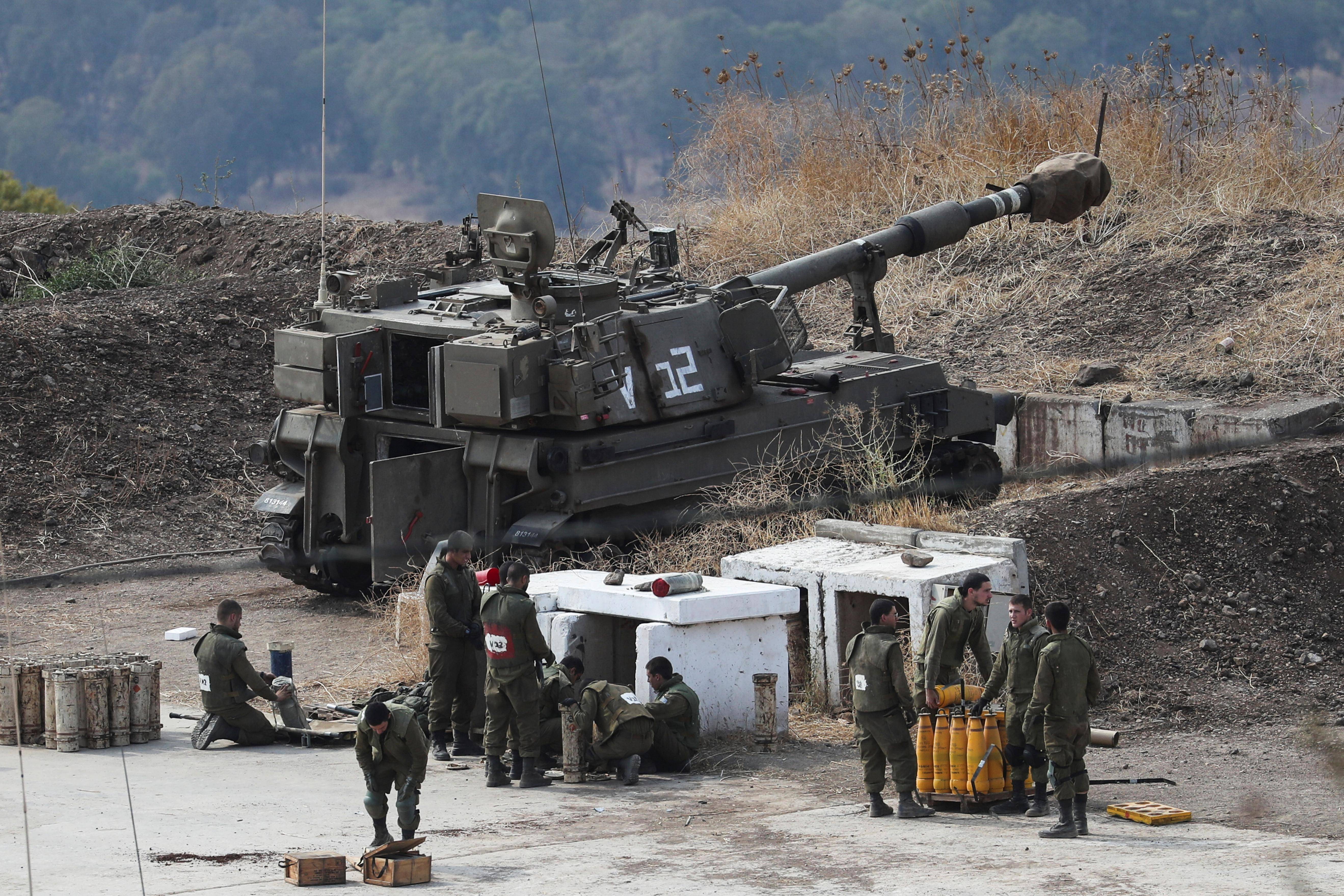 Hezbollah said it had targeted open ground near Israeli forces in retaliation.

The Iranian-backed Lebanese group Hezbollah fired rockets towards Israeli forces on Friday, drawing retaliatory fire from Israel into south Lebanon, in a third day of cross-border salvoes amid wider regional tensions with Iran.

Suggesting its attack was calibrated to avoid further escalation, Hezbollah said it had targeted open ground near Israeli forces in retaliation for Israeli air strikes that had also struck open areas.

Israel said it did not wish to escalate to a full war, though it was ready for one.

“Our understanding is that Hezbollah deliberately aimed at open areas in order not to escalate the situation,” Israeli military spokesman Lieutenant Colonel Amnon Shefler said.

The flare-up, which has caused no casualties, followed an alleged Iranian attack on an Israeli-managed oil tanker in the Gulf last week in which two crew members, a Briton and a Romanian, were killed. Tehran denied involvement.

With Iran facing the possibility of Israeli or international action in response to the Gulf incident, the violence has flared across a border that has long been a theatre of conflict between the Iran-backed Hezbollah and Israel.

The salvoes began on Wednesday with a rocket strike on Israel from Lebanon for which no group claimed responsibility. That attack, on which Hezbollah has not commented, drew retaliatory Israeli artillery and air strikes.

Hezbollah, one of Iran’s major allies, said it had fired dozens of rockets on Friday at open ground near Israeli positions in the disputed Shebaa Farms border area in response the Israeli air strikes on Thursday.

The attack sparked a wave of criticism from Hezbollah’s opponents in Lebanon, a country suffering a crippling financial crisis which the ruling elite are failing to tackle.

In a rare challenge to Hezbollah, the fighters who fired the rockets were stopped by locals as they passed through a Druze area afterwards.

“What is happening in the south is dangerous, very dangerous, especially in light of the great tension emerging in the region,” Samir Geagea, a Christian politician with strong Saudi ties and a staunch Hezbollah opponent, said on Twitter.

The United Nations Interim Force in Lebanon said the situation was very serious and urged all parties to cease fire.

The Israeli military said its Iron Dome system intercepted 10 of 19 rockets on Friday, with six falling in open areas and three landing inside south Lebanon.

There have been no reports of casualties or serious damage over the three days of aerial fire, which have jarred an extended period of relative calm since Israel and Hezbollah fought a one-month war in 2006.

Israeli Prime Minister Naftali Bennett’s office said he was consulting his defence and military chiefs over the violence. The military said it had struck “the rocket launch sites in Lebanon” on Friday in response to Hezbollah’s salvoes.

Security analysts have long cited the risk of Israeli entanglement in a multi-front war with Iran, which also backs Palestinian militants in the Gaza Strip with whom Israel waged an 11-day conflict in May.

Israel says it is rallying global action against Iran over last week’s attack off the coast of Oman on the Mercer Street, a tanker managed by an Israeli-owned company, but is willing to act alone if necessary. The United States and Britain say they will work with their allies to respond to the attack.

Britain will raise the tanker attack in a closed-door UN Security Council meeting later on Friday, diplomats said, but the 15-member body is not expected to take any action.