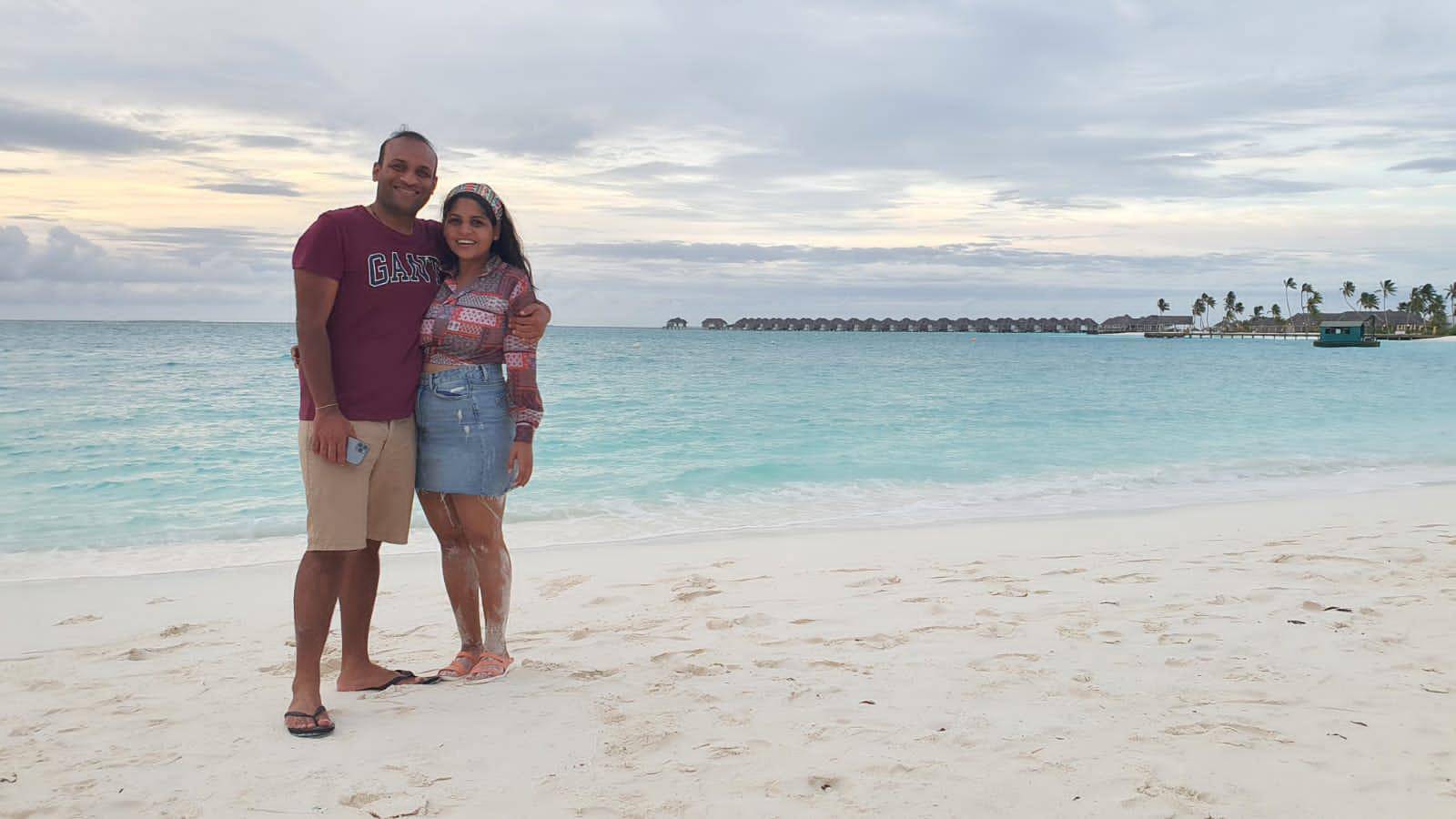 “There is no place like home,” says the relieved Indian expat woman.

“There is no place like home,” says a relieved Indian expatriate who managed to return to the UAE after spending 16 days and 15 nights in the Maldives that she picked as her quarantine destination.

After being stuck in India for over two months, Dubai resident Sherry Gupta and her husband Jatin finally touched down at the Dubai International airport on Wednesday night and heaved a sigh of relief as they breezed through the formalities and reached their residence in south Dubai.

While Sherry was in India since May 21 this year, where she went to visit her family after her father passed away due to Covid complications, her husband remained in Dubai. The duo then met in the Maldives on July 19, where they spent over two weeks to finally return to Dubai on August 3. Narrating the journey that was fraught with uncertainties, the couple said they spent around Dh50,000 to get back to Dubai, their place of residence for the last four years.

“I lost my father who was in my hometown Ludhiana in north India, on May 2, 2021 but couldn’t go there immediately as I weighed in on the consequences of the travel ban in India. However, when my mother’s health started to worsen, I threw caution to the wind to be by her side,” she said.

“I travelled to India on May 21. My mum was afflicted with mucormycosis, a side effect that surfaced during the second wave of the pandemic among some patients and had to undergo a surgical procedure. Doctors told us that if we were even a day late, we could have lost her.”

Her mother recovered and Sherry was eager to return to Dubai as her husband fell sick due to eating out for over a month.

She knew resumption of flights would take time but was hopeful it would not take more than a month as bookings from India to the UAE had already opened in June.

“I thought that worse comes to worst, I would take a charter flight to return as my friends who were stuck in India had done so. This gave me the confidence to fly out. But little did I know that not only would the price of charter flights skyrocket to almost Dh20,000 for a person from India to the UAE, but also a lot of travel agents started duping passengers with dubious offers, which led the authorities to stop charter flights. My only hope to return to the UAE was snubbed out.”

This was when Sherry and Jatin opted for alternate travel arrangements. Unfortunately, that meant not only shelling out more money but also stepping into unchartered territory fraught with uncertainties as travel rules were changing on a regular basis.

“We had the options of flying to Serbia and Armenia but apart from the long-distance flights of up to 19 hours (connecting flights), the 15-day stay would also cost a lot. Luckily Maldives opened its borders on July 15 and although it was also costly, it was just two hours away from India and five hours from Dubai. And it was a place both me and my husband always wanted to visit.”

The Guptas made their tentative bookings as they were unsure if they would be allowed to fly out or stopped. “Things were pretty ambiguous and rules were changing quickly, so we didn’t want to lose money. We had to tread with care. We stayed seven days in Holiday Inn and then upgraded to Sun Siyam Iru Veli resort to explore more of the Maldives.

“There was still confusion if the flights would start but somehow being together on the island was therapeutic and we felt much relaxed,” Sherry said.

Save for a rainy day

Sherry and Jatin said they have never been spendthrifts and always believed in the culture of saving. “I’m grateful to our parents for inculcating in us the habit of saving and this is why we managed to take this bold step of spending a big amount to get our life back in Dubai.”

“The biggest lesson I have learnt from this whole incident is the importance of saving as one never knows when we face unprecedented situations. Our focus has always been on saving than spending and see how it came handy at a time we needed it the most,” Sherry added.

Talking about the benefits of being on many support groups on social media, Sherry said that while she was on about five, her husband was on 12 to 14 groups.

“We were guided by people who shared their experiences,” she said. “That gave others confidence to tread that path. For example, we came to the Maldives on July 19 but there were some who reached on July 16 and updated us on the requirements such as forms, documents, good resorts to stay in, quarantine rules etc. We did the same and shared our experience with people on the groups by giving them a check list to make their journey easy.”

The Guptas said they have no regrets as they learnt several lessons from this trip, made a lot of friends, got help and also assisted others.