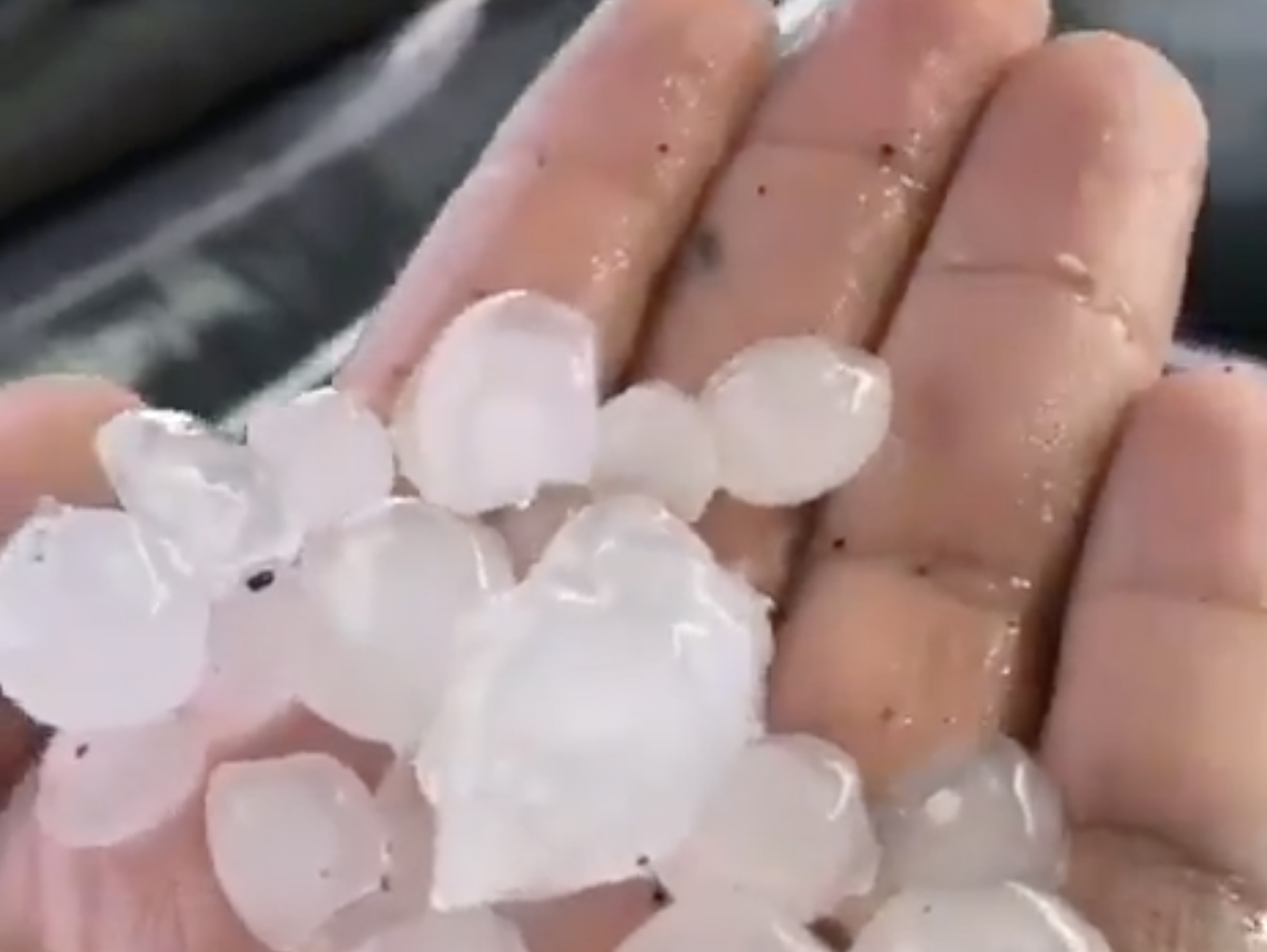 Loose objects and trees pose a hazard due to the strong winds.

Heavy rains and hail were reported in some parts of the UAE on Monday, even as the highest temperature crossed 50.2 degrees Celsius.

The highest temperature of 50.2°C was recorded in Abu Dhabi’s Al Shawamekh at 3pm, according to the National Centre of Meteorology (NCM).

Meanwhile, at the other end of the UAE, heavy rains and hail pelted Fujairah’s Siji and Sharjah’s Khedira. Mleiha in Sharjah also witnessed a heavy downpour.

The NCM said the Eastern areas will see heavy rains and strong winds that will reduce visibility. Floods are also expected in valleys (wadi areas). Loose objects and trees pose a hazard due to the strong winds.

A top NCM official had earlier explained to Khaleej Times that cloud seeding triggers rainfall across the country.

The weather forecaster said the rain-bearing capacity of convective clouds in the eastern direction was also enhanced by cloud seeding.