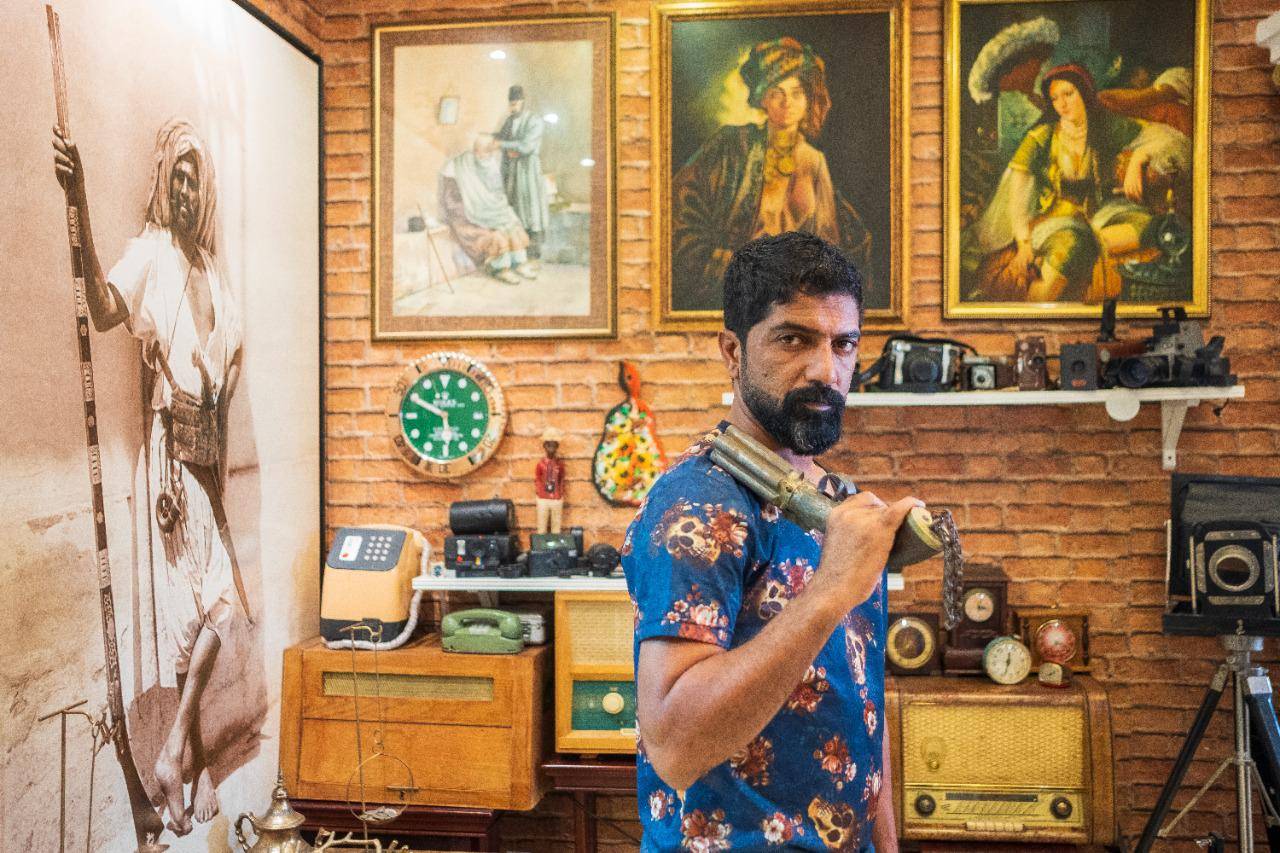 He keeps their prized possessions safe in a special museum at his home.

As the country celebrates the Year of the 50th, this Emirati’s collection perhaps encapsulates the diverse nationalities that make up the UAE.

43-year-old Adel Hussain Ahmed is an antique collector, buying items from people who were forced to sell during the pandemic.

“When the pandemic began, a lot of them were trying to cope with it financially and began selling items for a cheap price. They were forced to sell even though they didn’t want to. So, when I bought some items or some antiques from a person or family, I made sure I kept it safe for them at my home. And I also told them, whenever they wished to take it back, I can return it to them as a gift, I don’t want any money,” Ahmed told Khaleej Times.

His home in Mamzar is a treasure trove of items and collectables from the past to the present. He stores every item in a specially created room, which took him four days to build.

“Whatever item I kept in my museum, I made sure I sent them a picture of it and let them know how it is stored or kept. By seeing that, they would feel happy that the items, which may be precious for them, are safe and taken care of,” he added.

From handicrafts, paintings, old phones, cameras, transistors, cassette players and gramophones of the bygone era to a Quran collection and handwritten Islamic books, Ahmed owns about 900 to 1000 items.

“When I looked around most of the collectors in Dubai, they had some nice and interesting items. The real challenge for me when I began collecting was the experience. I didn’t have any previous experience so I began researching and reading about collecting and antiques, the quality, the age, and also from where I could source it from. Now, I do have a bit of experience about collecting antiques,” revealed Ahmed, who trawls through Dubai and scours various social media platforms for such items.

“I don’t have any favourite items as such, but I like items which have a story about them and the person whom I’m buying it from or who is giving it to me. Through that item, I can feel the person, from when they have had it. I like the history or the significance behind the item,” he said.

Ahmed narrated an anecdote about a Ukrainian girl from whom he bought handwork pictures which took a lot of effort.

She used to make pictures with small crystals and other elements on silk paper, taking three months to complete one piece. But with the pandemic, she was struggling to make money.

“I thought of buying one and she was planning to sell it for Dh300. I was shocked and I told her I will buy them all because I know how much effort went into it. One of the pictures took around 9000 small pieces to make it. And I told her, if she ever wanted the pictures back, I would return it to her,” said Ahmed.

“In turn, she gifted me a crown, which was from her grandma. In her village in Ukraine, when a woman gets ready for marriage, she wears this crown. It is their tradition. I was so touched by her gesture.”

“It is not about money”

“Most antique collectors buy only to sell it later. For me, it is not a business. For me, it is not about money. Some items do have a history, and I find out more about it from them and how they got it, how many years they have had it. I respect these items. Some people asked why I am buying things which are useless, but I feel there is a story behind every item,” said Ahmed, who also plans to make a special place for his Quran collection and old Islamic books.

“In the future, I hope to make a bigger museum at my home and open my door for everyone to see,” he signed off.