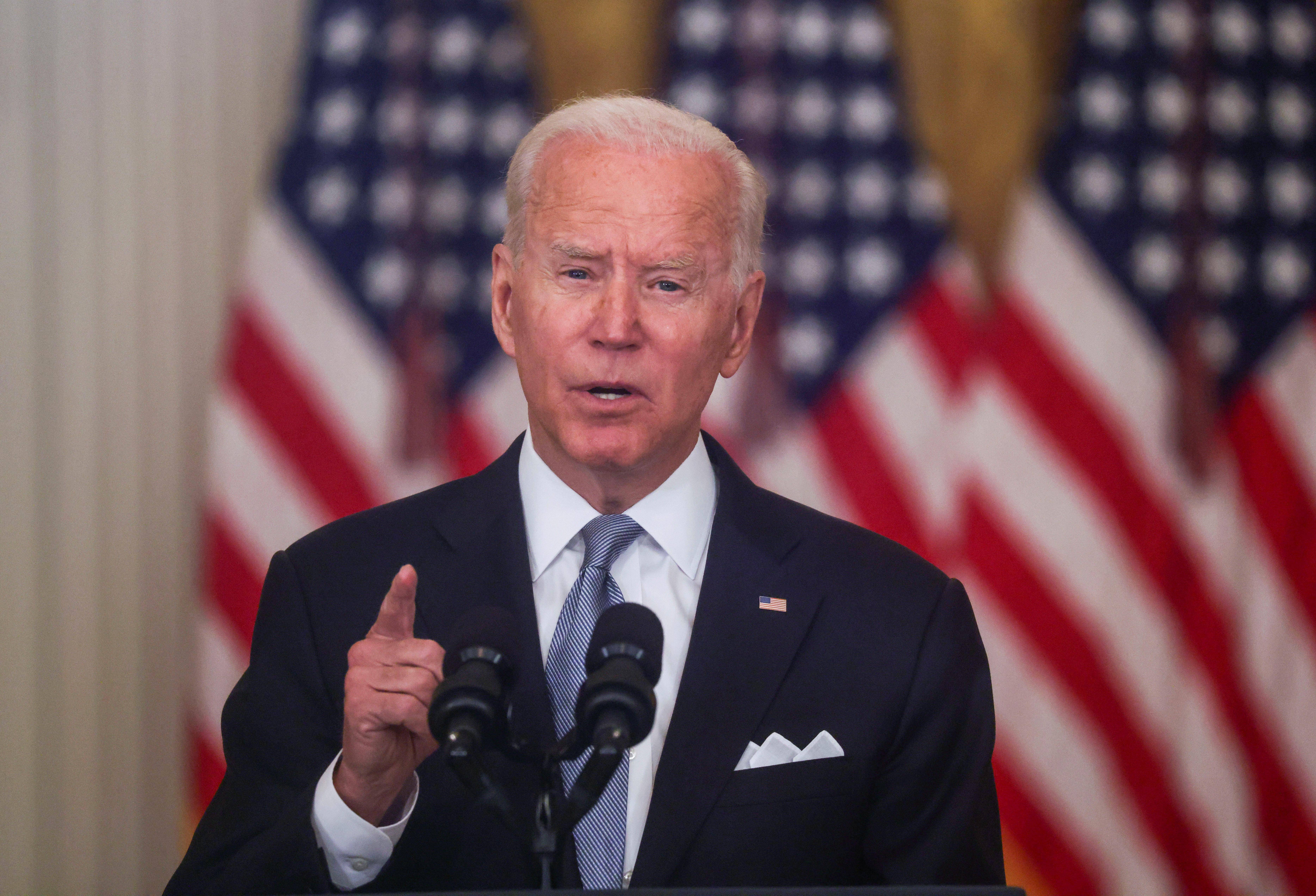 The US national interest in Afghanistan was always principally about preventing terrorist attacks.

President Joe Biden defended the US pullout of Afghanistan on Monday, saying he stood by the policy and that it was time to leave after 20 years of conflict.

“I stand squarely behind my decision. After 20 years, I’ve learned the hard way that there was never a good time to withdraw US forces,” he said in a televised address from the White House.

He added that the US national interest in Afghanistan was always principally about preventing terrorist attacks from the war-torn nation on the US homeland.

“The mission in Afghanistan was never supposed to be nation-building,” he said.

“We’ll continue to speak out on the basic rights of the Afghan people, of women and girls,” Biden said.

He warned Taliban not to interfere with US evacuation from Afghanistan. He said the US action will be swift if the Taliban attacked its people.

He acknowledged that the collapse of the Afghan government occurred much faster than his administration expected.

“The truth is this did unfold more quickly than we had anticipated.”

Biden added that the rapid end of the Afghan government only vindicated his choice to end the war.

“American troops cannot and should not be fighting the war, and dying in a war that Afghan forces are not willing to fight for themselves.”

Biden said he was faced with a choice between sticking to a previously negotiated agreement to withdraw US troops this year or sending thousands more service members back into Afghanistan for a “third decade” of war.

He added he will not repeat mistakes of the past and did not regret his decision to proceed with the withdrawal.