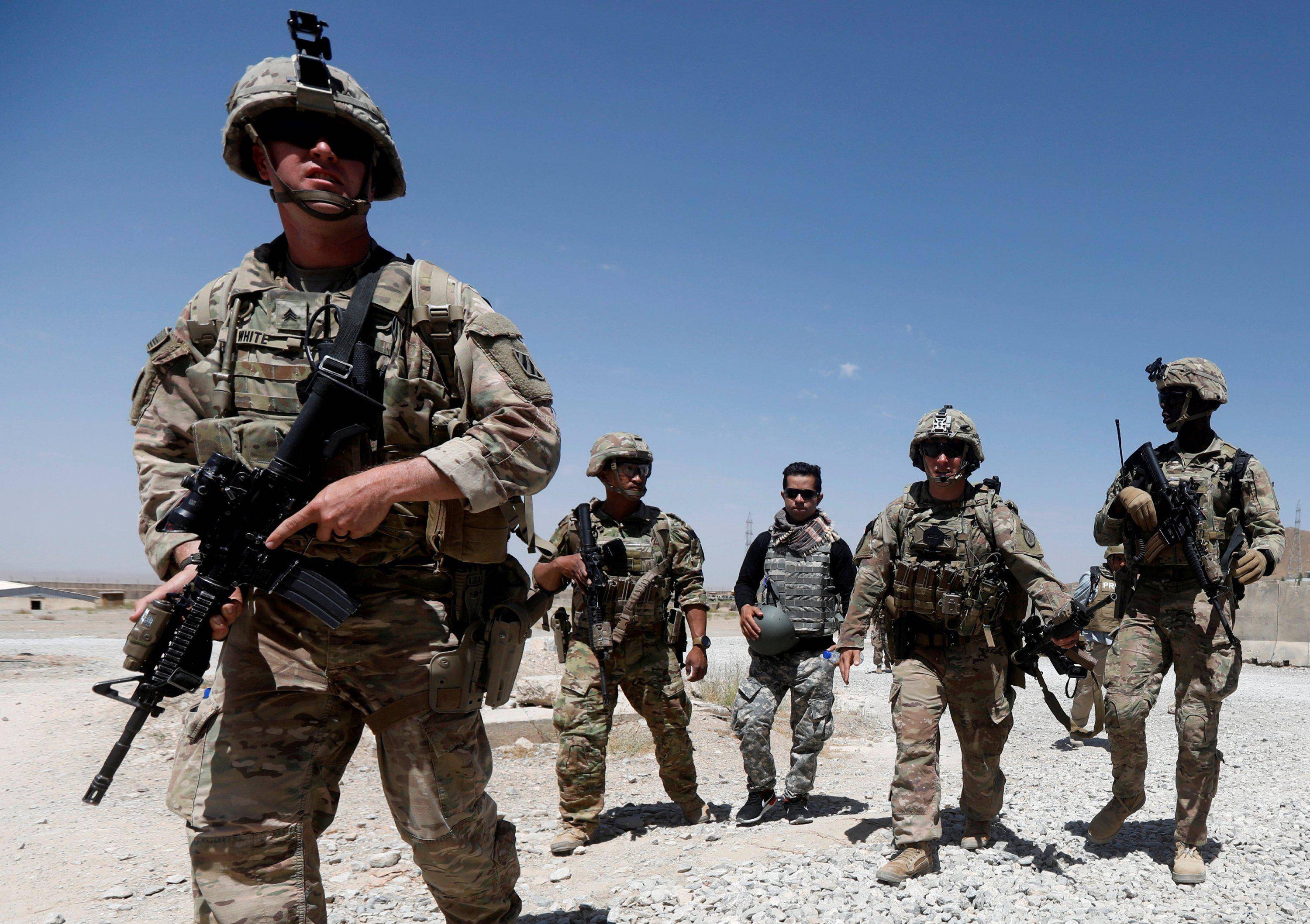 The United States – over the next 48 hours – will expand security presence to nearly 6,000 troops.

The Pentagon authorized another 1,000 troops to help evacuate US citizens and Afghans who worked for them from Kabul as the US government said it would assume air traffic control to facilitate the departure of thousands of Americans.

A joint statement from the State Department and Pentagon after Taliban insurgents entered the Afghan capital confirmed that the United States over the next 48 hours will “have expanded our security presence to nearly 6,000 troops, with a mission focused solely on facilitating these efforts and will be taking over air traffic control.”

The statement said it was working to secure the Hamid Karzai International Airport in Kabul “to enable the safe departure of US and allied personnel from Afghanistan via civilian and military flights.”

It added the United States “will be transferring out of the country thousands of American citizens” and others and added the government would “accelerate the evacuation of thousands of Afghans eligible for U.S. Special Immigrant Visas.”

Afghan President Ashraf Ghani confirmed he had left the country, leaving it unclear how power would be transferred following the sweep across Afghanistan that brought the Taliban back to the capital two decades after they were overthrown by US-led forces.

Residents reported sporadic gunfire in the area of the Kabul airport, the main point of evacuations out of Afghanistan.

“There are reports of the airport taking fire; therefore we are instructing US citizens to shelter in place,” the US Embassy said in a security alert.

Two sources familiar with the situation at the airport could not confirm the reports of firing there.

A State Department official told Reuters late on Sunday that almost all embassy personnel had relocated to a facility at the Kabul airport and that the American flag had been lowered from the embassy compound.

Sources told Reuters that most US staff were expected to be evacuated from Kabul in the coming day or two.

France and Germany, fellow members of NATO, said on Sunday they were moving their diplomats to the airport and sending military transport planes to Kabul to evacuate their citizens and their Afghan helpers.

Asked if the evacuation was evocative of the US departure from Vietnam in 1975, Secretary of State Antony Blinken said earlier on Sunday: “Let’s take a step back. This is manifestly not Saigon.”

A US intelligence assessment earlier in the week had said Kabul could be encircled in 30 days and could fall to the Taliban within 90 days, but the insurgents captured most of Afghanistan’s major cities in less than a week and entered the capital on Sunday.

Some 4,200 people remained in the US Embassy until Thursday, when the Taliban’s rapid gains forced President Joe Biden’s administration to begin flying in thousands of troops to help pull out many of the remaining diplomats.

The deployment included an additional 1,000 soldiers from the 82nd Airborne Division, who Biden said on Saturday would help evacuate citizens and ensure an “orderly and safe” drawdown of U.S. military personnel.

On Sunday, US officials said they were weighing whether more troops were needed. An additional 3,000 are on standby in Kuwait.

Washington invested billions of dollars over four US administrations in Afghan government forces, giving them advantages over the Taliban, but they were unable to defend the country in the face of the militants’ advance, Blinken told CNN.

But Biden has faced rising domestic criticism after sticking to the plan to withdraw, which was agreed under his Republican predecessor, Donald Trump. On Saturday, Biden defended his decision, saying an “endless American presence in the middle of another country’s civil conflict was not acceptable to me.”

Republican lawmaker Michael McCaul said a Taliban takeover would revive the threat to the United States.

“We are going to go back to a pre-9/11 state. A breeding ground for terrorism,” he told CNN on Sunday.

Biden met with his national security team on Sunday by secure videoconference from the presidential retreat at Camp David to hear updates on evacuations and the security situation, a White House official said.

Democratic Senate Majority Leader Chuck Schumer told a news conference: “Job number one is for us to bring back, first, all American personnel … But second, all of the brave Afghans who helped our military, they have to be provided an exit to come to America.”

$590 million ransomware payments reported to US in 2021: US Treasury