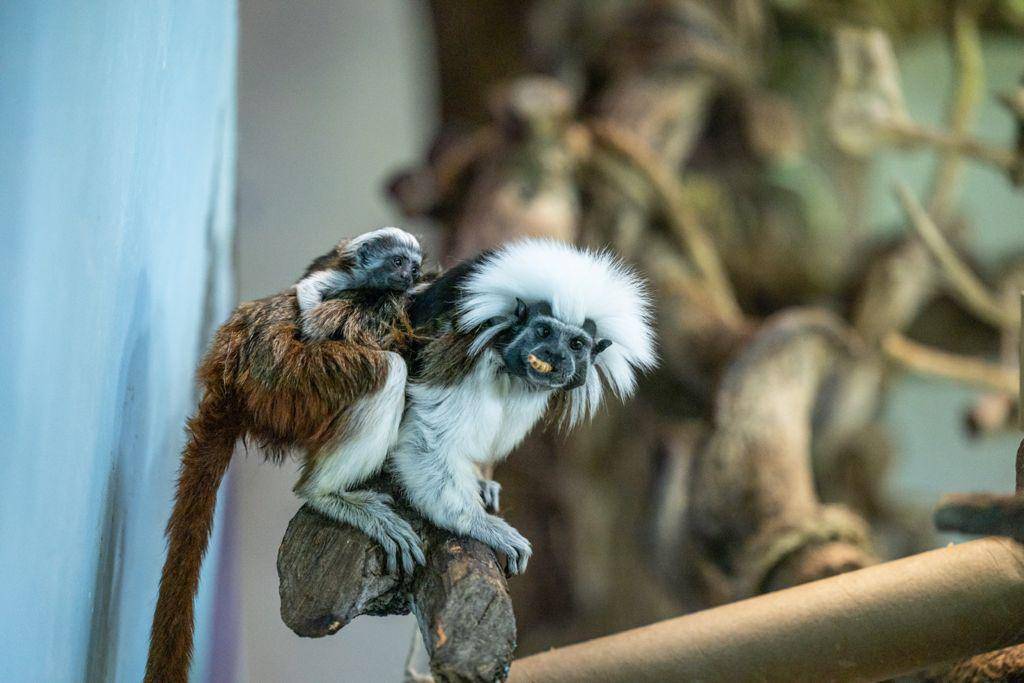 The small monkeys weighing less than 0.5kg can usually be found in the northwest corner of Colombia.

Dubai’s Green Planet, an indoor rainforest, has announced the birth of its latest residents, a pair of Cotton-top tamarin twins.

The small monkeys weighing less than 0.5kg can usually be found in the northwest corner of Colombia.

It is a critically endangered species, with an estimated 5 per cent of their geographic range remaining in the wild due to deforestation.

The Green Planet entered a conservation breeding programme to help ensure genetic diversity within the species.

Victoria Lyn, general manager – Attractions Leisure and Entertainment, Dubai Holding, said: “Cotton-top Tamarins historically play an important role in seed dispersal and fertilisation within the rainforest – making them a vital part of the rainforest ecosystem. However, in the early 1960s and 70s, they were often exported in the thousands to the US for medical testing related to colon cancer treatment.

“Along with this, deforestation, and human activity has unfortunately meant that their population has rapidly declined in the wild. Through our conservation breeding programme, like many around the world, we hope that we can help support in rebuilding a healthy population of the species.”

Cotton-top tamarins are known for their cooperative breeding and parenting. This means that there is a collective effort for both parents and the entire community to care for the young. Males are often known to help carry the young to allow the females to forage for food to produce milk needed by the young. When the young move from drinking milk to eating solid food, the father and community play a large role in offering the young different foods.

They are highly vocal animals, using a variety of bird-like chirps, high-pitch trilling, and staccato calls – some of which are too high-pitched to be heard by a human ear.