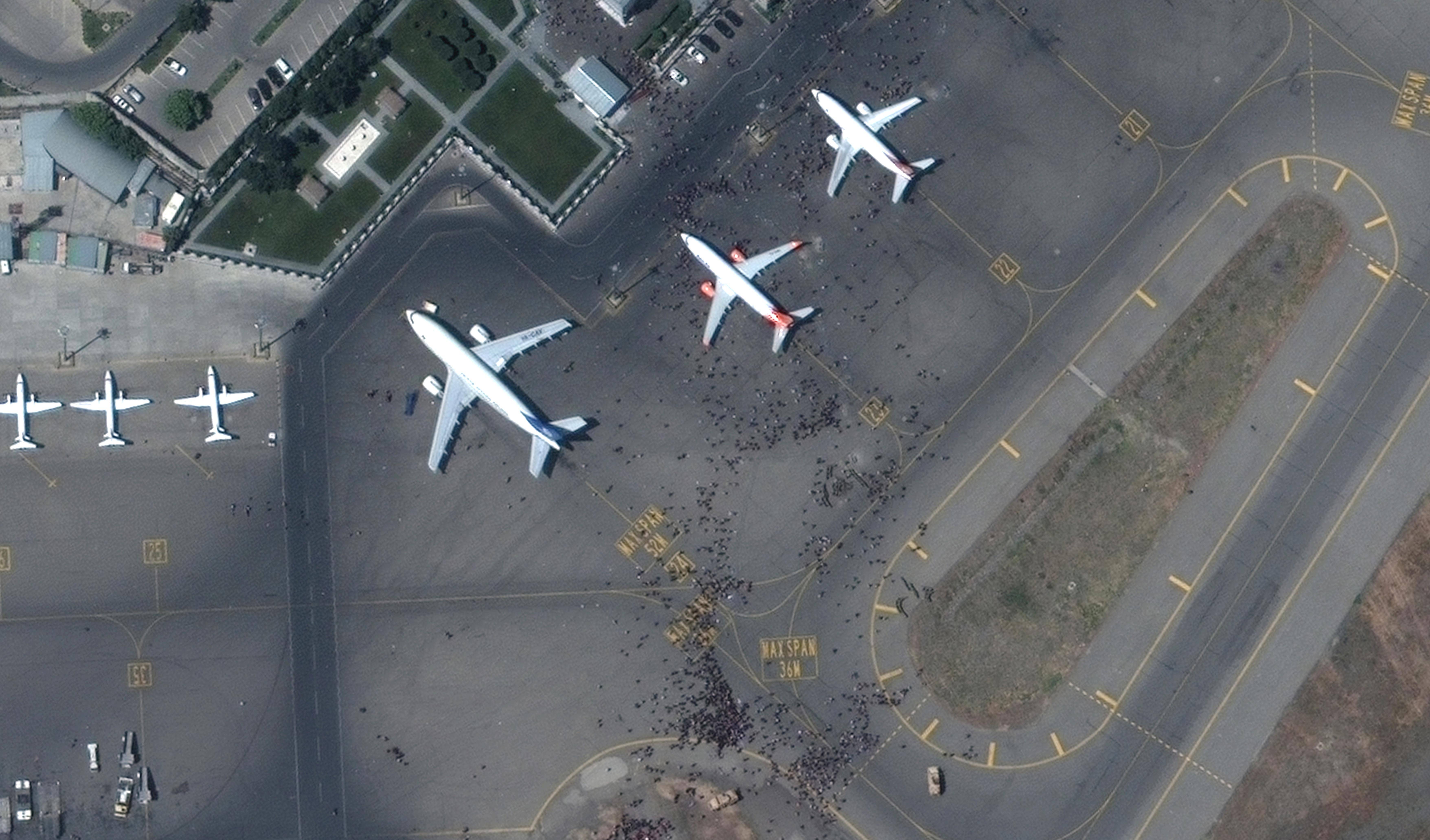 ‘The airport runway and tarmac, overrun by thousands of people desperate to flee, are now clear of crowds’

The Pentagon said on Monday that the airfield at Kabul’s airport had been reopened after a pause earlier in the day.

An official from the Joint Staff told reporters at the Pentagon that a C-17 landed earlier on Monday with Marines aboard and another C-17 was expected to land later in the day.

The airport runway and tarmac, overrun on Monday by thousands of people desperate to flee from the Afghanistan capital, are now clear of crowds, the official said.

US forces, which are in charge at the airport, had halted the evacuation flights because of the chaos.