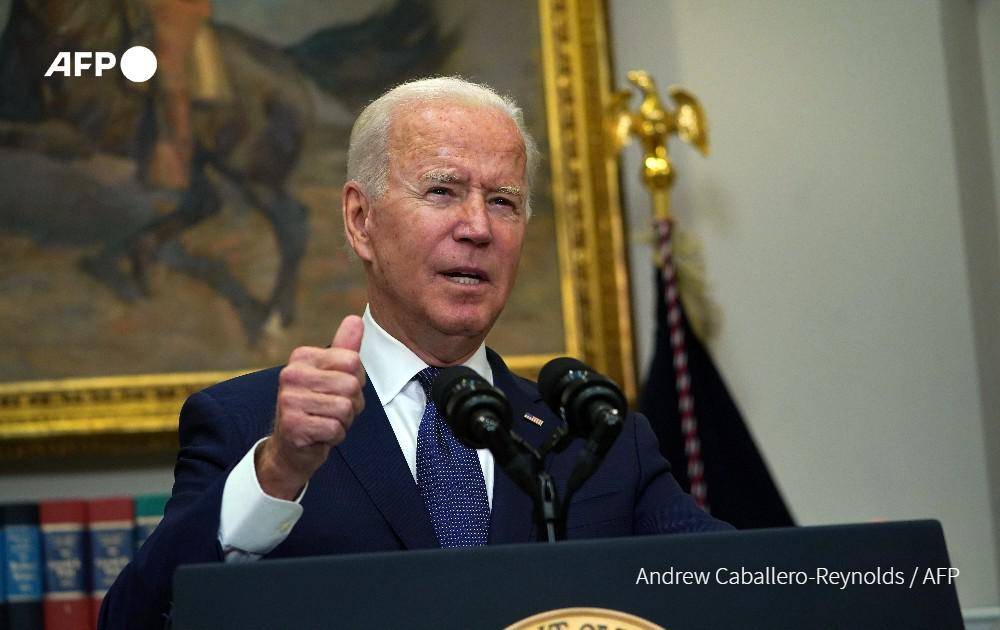 The US President said he was aiming to complete the task by August 31, the date agreed with the Taliban.

President Joe Biden on Sunday said he still hopes to complete the “heartbreaking” evacuation from Afghanistan by the end of the month but warned of potential terrorist attacks against the crowded Kabul airport.

As the numbers of evacuees steadily rose, despite a volatile situation on the ground and enormous logistical difficulties, Biden said he was aiming to complete the task by August 31, the date agreed with the Taliban.

Speaking in the White House, he said his “hope is we will not have to extend.”

“We’ll see what we can do,” he added, when asked by reporters what his reply was to foreign leaders asking for more time.

Biden said that since last weekend, when the Taliban completed their victorious sweep across Afghanistan by capturing Kabul from the fleeing national government, about 28,000 people had been flown out.

He acknowledged the searing scenes of Afghans crowding the airport in desperation to escape the militants but said this had to be accepted, given the situation.

“There is no way to evacuate this many people without pain and loss and heartbreaking images you see,” he said.

“We know that terrorists may seek to exploit the situation,” he said. “It’s still a dangerous operation.”

In an effort to ramp up the airlift, the US government ordered six airlines — American Airlines, Atlas, Delta, Omni, Hawaiian and United — to provide 18 passenger planes, supplementing an armada of Air Force cargo planes.

The rarely invoked Civil Reserve Air Fleet (CRAF) order will increase the flow of people once they get out of Afghanistan to US bases in Qatar, Bahrain and the United Arab Emirates and are then flown on to third countries in a rapidly expanding global operation. The civilian airliners will not be required to fly to Kabul itself.

Thousands of US troops have been flown in to secure the Afghan capital’s airport, while the Taliban control the surrounding city.

The guerrilla army took over the country so rapidly that the US-led international forces previously propping up the now defunct Afghan national government were caught by surprise — and apparently unprepared to evacuate foreign nationals and Afghan allies.

Biden has faced a torrent of criticism. However, in his remarks from the White House he again defended what he said had been a hard but necessary decision to order the immediate evacuation of Americans, even at the short-term cost of chaos.

“At the end of the day, if we didn’t leave Afghanistan now, when would we?” he asked.

Up to 15,000 Americans need to be removed from Afghanistan, according to Biden, who says the administration wants to get at least 50,000 Afghan allies and their family members out of the country.

There have been reports of the Taliban intimidating and beating people trying to reach the airport but Secretary of Defense Lloyd Austin said the militants had largely been letting American passport holders through safely.

Britain said Sunday that seven Afghans had died in the chaos near the airport, and the situation was further complicated on Saturday when the US government warned its citizens to stay away from the area because of “security threats.”

A White House official said Sunday the US armed forces had taken out a total of 30,000 people since the end of July with the help of a coalition of US military partners, foreign military and commercial airlines.

The law ordering government use of civilian airliners has only been invoked twice — to fly troops for the 1990-91 Gulf War and again in 2002-2003 for the Iraq invasion.