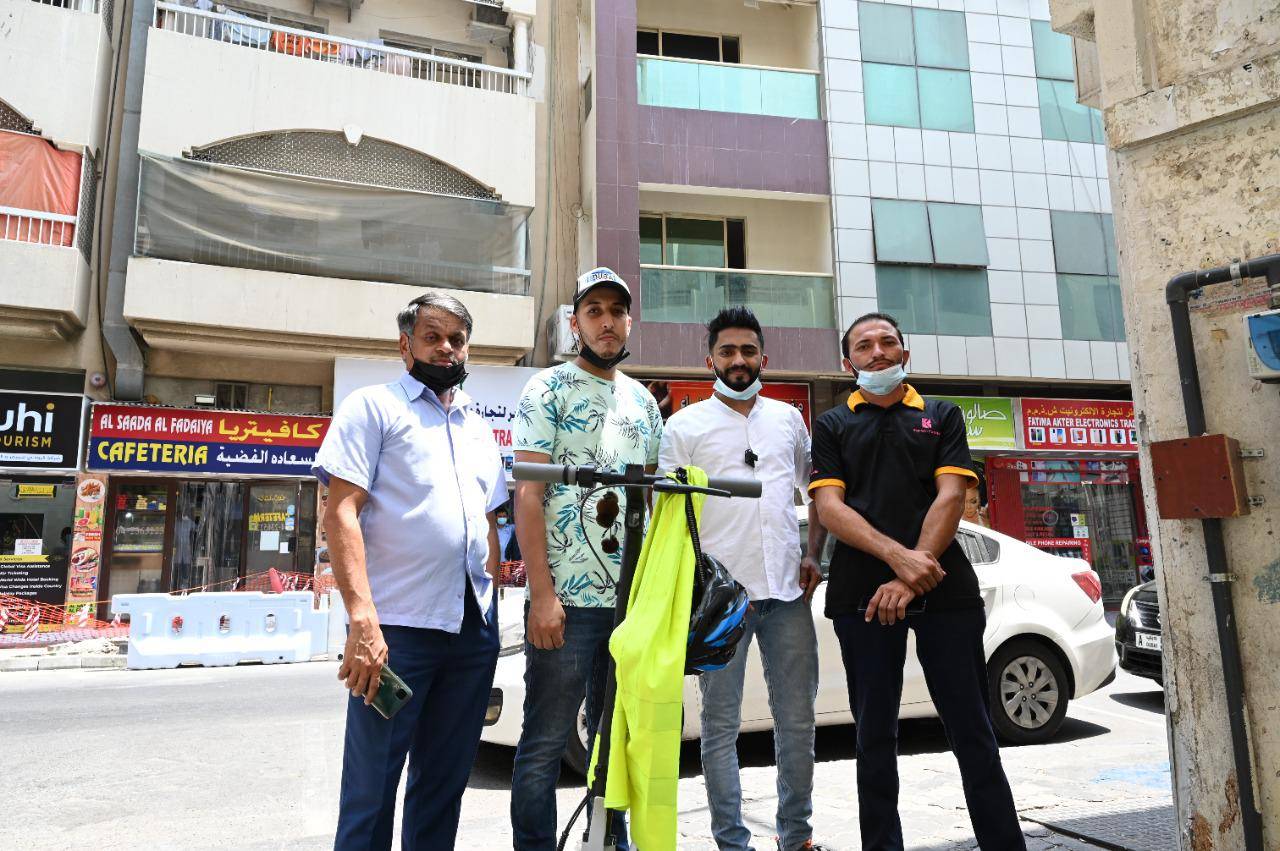 These are the residents hailed as “unsung heroes” by His Highness Sheikh Mohammed bin Rashid Al Maktoum, Vice-President and Prime Minister of the UAE and Ruler of Dubai.

On seeing a video of their quick-thinking action that helped save the life of a pregnant cat, Sheikh Mohammed had on Tuesday expressed his pride and happiness at their act of kindness.

Proud and happy to see such acts of kindness in our beautiful city.
Whoever identifies these unsung heroes, please help us thank them. pic.twitter.com/SvSBmM7Oxe

Sharing the video that showed the group save the cat as she fell off a second-floor balcony in Deira, Sheikh Mohammed urged people who could identify them to thank them on his behalf.

Khaleej Times on Wednesday met the three men: Ashraf, a Moroccan watchman; Atif Mehmood, a Pakistani salesman; and Nasser, an Indian driver working with the Roads and Transport Authority (RTA).

Hailing from diverse backgrounds, the three men did not know each other prior to the incident. “We all sort of just came together to save the cat,” said Atif.

And now, they have started a WhatsApp group.

The video was captured by Mohammed Rashid, an Indian who runs a grocery in the area. After he posted it to his Instagram account, Sheikh Mohammed shared it.

In the video, the cat is seen dangling from the balcony. A group of three men quickly takes position below with a bedsheet spread out as a safety net. The cat falls into the bedsheet, possibly saving her life. The men then pat her as she walks away unharmed.

Nasser told Khaleej Times that he saw the pregnant cat dangling from the balcony around 8am on Tuesday. “First, we held out a plastic sheet, but the cat refused to jump into it. Then we held out the bedsheet, after which she jumped.”

When asked where the bedsheet came from, they looked at each other, puzzled. “We are not sure. I think the Almighty sent it,” said Nasser.

“I am just so happy that the cat and her kitten are alive and well.”

Atif Mehmood said he was relieved to be able to save the cat’s life. “I just want to tell everyone to respect and love animals like we would human beings.”

Mohammed Rashid said he filmed the incident as it was an extraordinary scene. “The video went viral in no time and reached Sheikh Mohammed.

“When my friends told me that Sheikh Mohammed had shared my video, I got very excited.”

He said his phone has not stopped ringing ever since.

The cat is perfectly fine, he added. “She is very friendly and often comes to our grocery, where we feed her milk.”