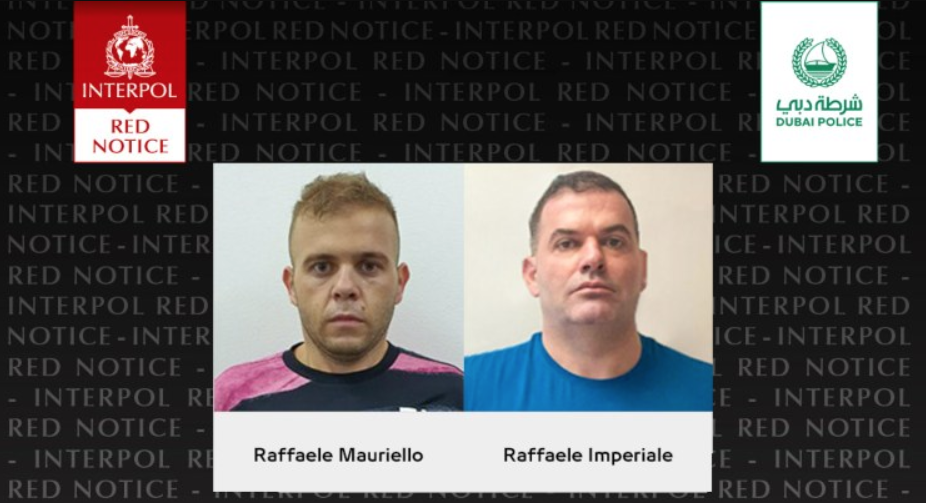 They are part of an international crime syndicate involved in trafficking drugs and weapons.

Two of Italy’s most wanted criminals were recently arrested in Dubai, the police said on Wednesday.

Raffaele Imperiale, an alleged kingpin of the organised crime syndicate ‘Camorra’ which is involved in trafficking drugs and weapons, was arrested along with his right-hand man Raffaele Mauriello. The latter was also responsible for plotting and executing murders and assassinations using unlicensed firearms.

Both Imperiale and Mauriello are wanted by Italian authorities and the Interpol, who have issued red notices against them.

This is a developing story.