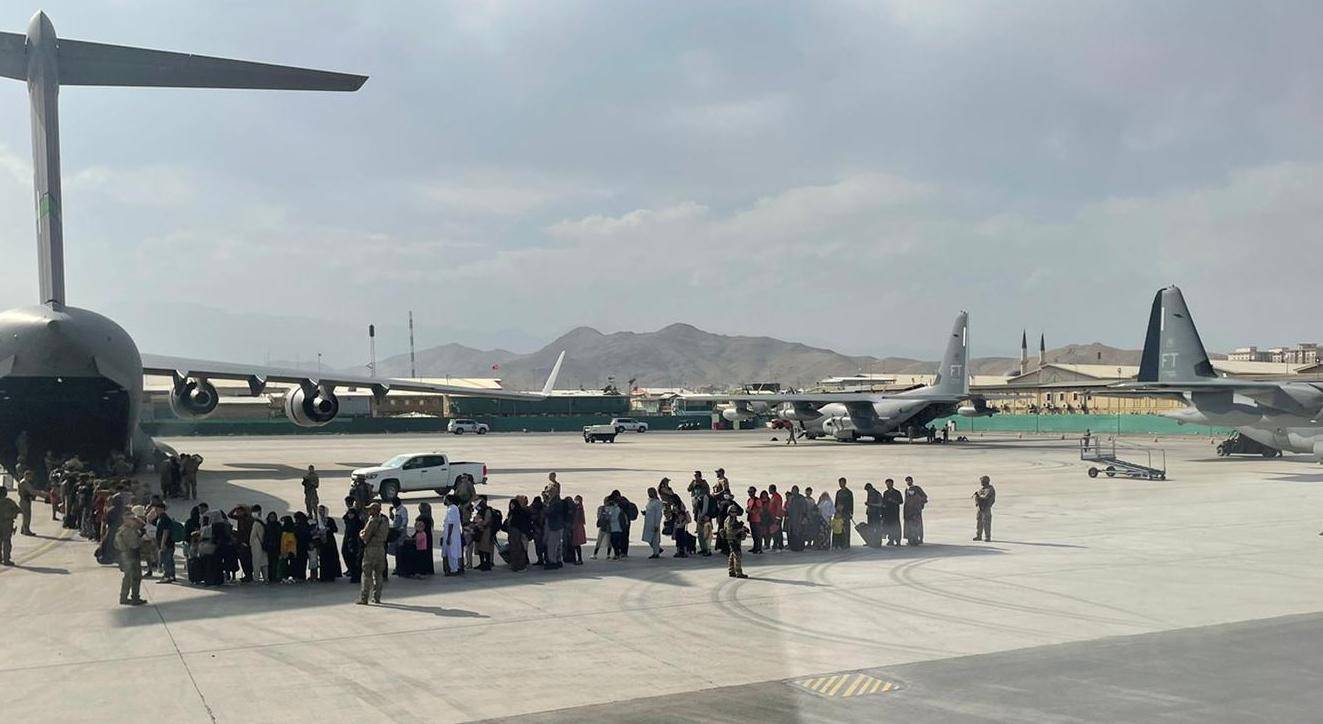 People living near the airport heard the sounds of the missile defensive system being activated.

Rockets flew across the Afghan capital on Monday as the United States raced to complete its withdrawal from Afghanistan, with the evacuation of civilians all but over and terror attack fears high.

President Joe Biden has set a deadline of Tuesday to withdraw all US forces from Afghanistan, drawing to a close his nation’s longest military conflict, which began in retaliation for the September 11 attacks.

The return of the Taliban movement, which was toppled in 2001 but took back power a fortnight ago, triggered an exodus of terrified people aboard US-led evacuation flights.

Those flights, which took more than 114,000 people out of Kabul airport, will officially end on Tuesday when the last of the thousands of American troops pull out.

But US forces are now focused chiefly on flying themselves and American diplomats out safely.

The Daesh group, rivals of the Taliban, pose the biggest threat to the withdrawal after carrying out a suicide bomb attack at the airport late last week that claimed more than 100 lives, including 13 US troops.

Biden had warned more attacks were highly likely, and the United States said it carried out an air strike on Sunday night in Kabul on an explosives-laden vehicle.

That was followed on Monday morning by the sound of rockets flying across Kabul, according to AFP journalists in the city.

People living near the airport said they heard the sounds of the missile defensive system being activated.

Smoke could be seen rising near the airport.

A Taliban spokesman confirmed Sunday’s incident, saying a car bomb destined for the airport had been destroyed — and that a possible second strike had hit a nearby house.

The United States has been accused of killing many civilians in air strikes throughout the war, one reason for losing local support, and that was again a possibility on Sunday.

“We are aware of reports of civilian casualties following our strike on a vehicle in Kabul today,” Captain Bill Urban, a US Central Command spokesman, said in a statement.

Urban said the US military was investigating whether civilians were killed, noting there were “powerful” explosions that resulted from the destruction of the vehicle.

“We would be deeply saddened by any potential loss of innocent life,” he said.

In recent years, Daesh’s Afghanistan-Pakistan chapter has been responsible for some of the deadliest attacks in those countries.

They have massacred civilians at mosques, public squares, schools, and even hospitals.

Last week’s suicide bombing at the airport led to the worst single-day death toll for the US military in Afghanistan since 2011.

The Daesh threat has forced the US military and the Taliban to co-operate in ensuring security at the airport in a way unthinkable just weeks ago.

On Saturday, Taliban fighters escorted a steady stream of Afghans from buses to the main passenger terminal, handing them over to US forces for evacuation.

The Taliban have promised a softer brand of rule compared with their first stint in power, which the US military ended because they gave sanctuary to Al Qaeda.

But many Afghans fear a repeat of the Taliban’s harsh interpretation of Islamic law, as well as violent retribution for working with foreign militaries, Western missions or the previous US-backed government.

Western allies have warned many thousands of at-risk Afghans have not been able to get on the evacuation flights.

On Sunday, the Taliban revealed their supreme leader Hibatullah Akhundzada was in southern Afghanistan and planning to make a public appearance.

“He is present in Kandahar. He has been living there from the very beginning,” said Taliban spokesman Zabihullah Mujahid.

“He will soon appear in public,” added deputy spokesman Bilal Karimi of the leader, whose whereabouts have remained largely unknown.