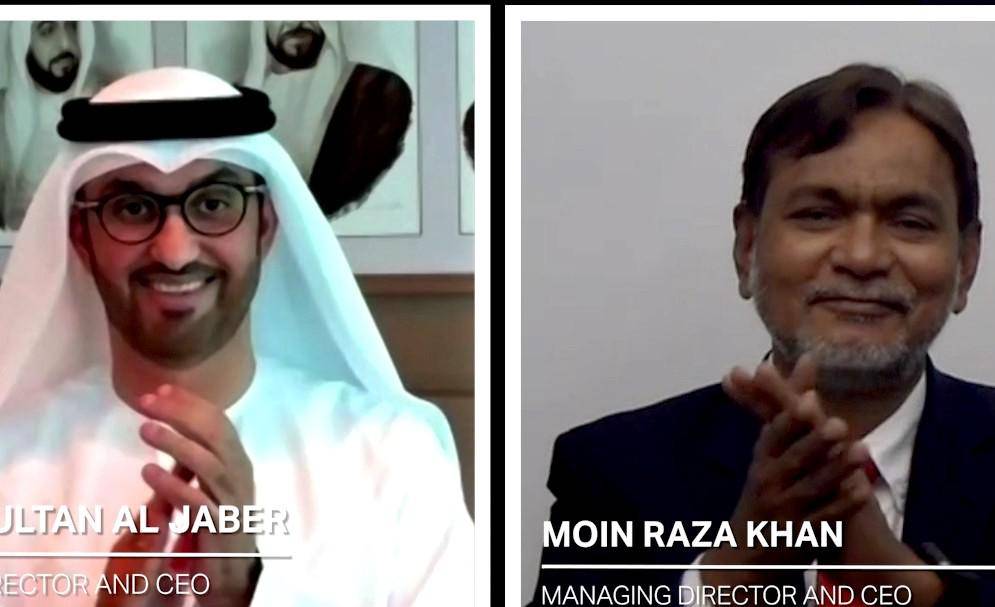 The first time Pakistani companies invest in and explore for oil and gas in an Abu Dhabi concession.

The agreement builds on the deep-rooted bilateral relationship between the UAE and Pakistan and underscores ADNOC’s expanded approach to strategic partnerships, including those who can provide access to key growth markets for the company’s crude oil and products.

Speaking on the occasion, Dr. Al Jaber said, “This historic exploration concession award marks a new chapter of energy cooperation in the 50-year old UAE-Pakistan relationship. It represents an important platform upon which we can drive win-win opportunities to support Pakistan’s energy security and further strengthen the strategic and economic ties between our two countries. We are delighted to partner with Pakistan Petroleum Limited and the other members of the consortium on Offshore Block 5.

“The consortium was selected as part of Abu Dhabi’s block bid round where we have once again reinforced our approach to strategic partnerships that contribute the right combination of market access, capital, best-in-class expertise or advanced technology. We are very optimistic about the potential to unlock significant value with all our partners in this second competitive block bid round as we continue to accelerate the exploration and development of Abu Dhabi’s untapped resources, in line with the Leadership’s wise directives.”

Under the terms of the agreement, the consortium will hold a 100 per cent stake in the exploration phase, investing up to $304.7 million (Dh1.12 billion) towards exploration and appraisal drilling, including a participation fee, to explore for and appraise oil and gas opportunities in the block that covers an offshore area of 6,223 square kilometers and is located 100 kilometers north east of Abu Dhabi city.

Khan said, “The PPL-led consortium is delighted to be selected for the concession award of Abu Dhabi’s Offshore Block-5. This award is not only a watershed moment for Pakistan and the Emirate of Abu Dhabi towards bilateral energy cooperation and economic links but also offers an opportunity to strengthen strategic cooperation with ADNOC to share technical know-how and expertise.

“We are particularly excited that this consortium comprises the ‘big four’ national exploration and production companies that are fully geared to support ADNOC and the Emirate of Abu Dhabi in reinforcing its leading position in the global energy sector.”

Following a successful commercial discovery during the exploration phase, the consortium will have the right to a production concession to develop and produce such commercial discoveries. ADNOC has the option to hold a 60 per cent stake in the production phase of the concession. The term of the production phase is 35 years from the commencement of the exploration phase and the block offers the potential to create significant in-country value for the UAE over the lifetime of the concession.

In addition to drilling exploration and appraisal wells, the exploration phase will see the consortium leverage and contribute financially and technically to ADNOC’s mega seismic survey, which is acquiring 3D seismic data within the block area. The data already acquired over a large part of the block combined with its proximity to existing oil and gas fields, suggests the concession area has promising potential.

ADNOC launched Abu Dhabi’s second competitive block bid round in 2019, offering a set of major onshore and offshore blocks, on behalf of the Government of Abu Dhabi. The award of Offshore Block 5 to the Pakistani consortium concludes this second block bid round, which has seen very competitive proposals submitted for the geographical areas offered.

PPL operates 15 producing fields across Pakistan and contributes over 20 per cent of the country’s total natural gas supplies.