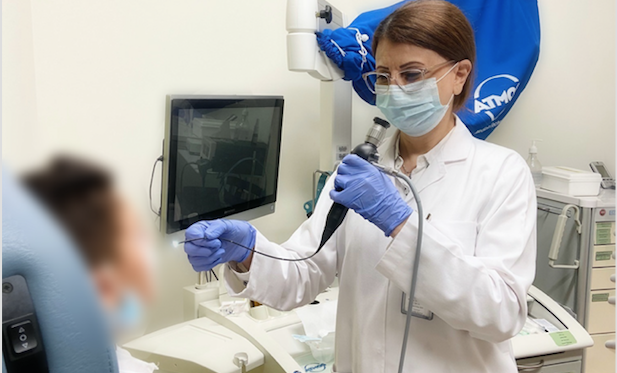 Foul odour from the child’s nose and mouth has been affecting him psychologically.

A 10-year-old, who suffered from bad breath and foul-smelling nasal discharge for the last two years, has finally been treated. What was misdiagnosed as a dental hygiene issue turned out to be a piece of plastic that was lodged in the boy’s nasal cavity.

Once a specialist at Al Mushrif Children’s Specialty Centre in Abu Dhabi spotted the foreign object and removed it, she put an end to the child’s two-year ordeal.

“Having visited multiple medical facilities, both regionally and abroad, the common diagnosis alluded to unhealthy dental hygiene. The constant foul odour from the child’s nose and mouth began to adversely affect his psychological state as he was ostracised during social gatherings with family and friends,” Seha said.

Dr Mai Naif Al Shoufi, ENT specialist, conducted a preliminary nasal examination, which did not reveal any reason for the blockage in the right nostril, or cause for the smell. She then conducted an endoscopy of the nose, which showed a large object trapped deep in the child’s right nostril.

The doctor immediately removed the foreign object, which turned out to be a piece of plastic.

The team managed to retrieve the object without any complications. The child was soon able to breathe comfortably from both nostrils.

“The patient presented with symptoms that might be caused by various issues, some more obvious than the others. Given how long the child experienced these effects and the adverse impact it has had on his mental health, we wanted to get to the bottom of the issue and find the cause of the bad breath and nasal discharge. Moreover, I wanted to be able to treat the child for him to resume some normalcy,” Dr Al Shoufi said.

The boy’s mother said they had felt helpless during the last two years. “We are extremely happy to put this behind us as it has troubled my son both physically and mentally for a long time.”