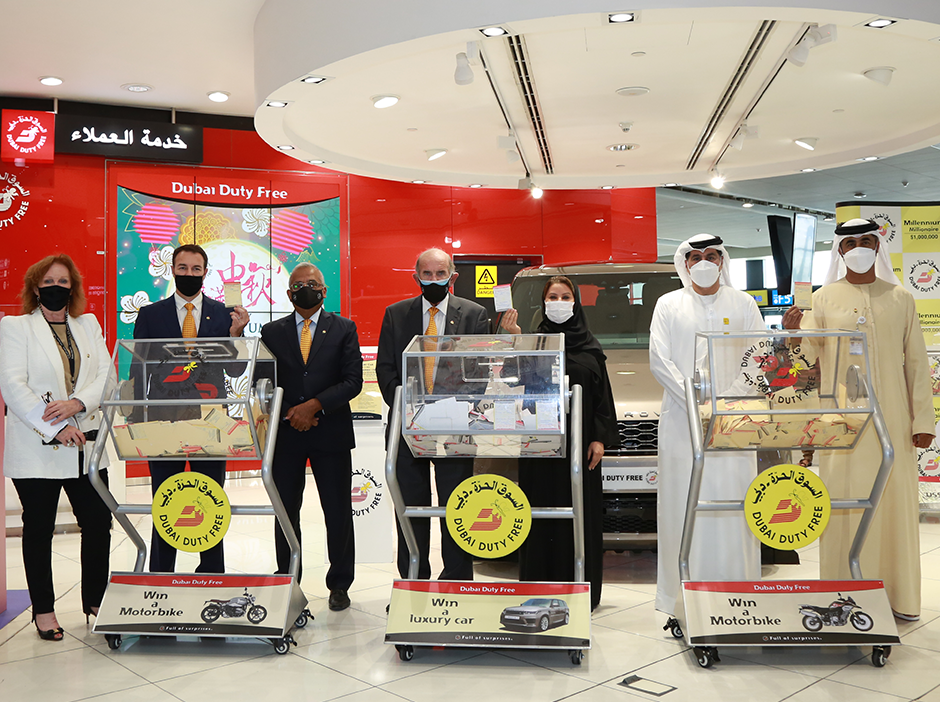 A Saudi national and an Australian have been added to the long list of dollar millionaires while three others won luxury vehicles at the latest Dubai Duty Free Millennium Millionaire promotion at Terminal 2 of Dubai International Airport on Wednesday.

Tariq A, a 45- year-old Saudi national based in Manama in Bahrain became a $1 million winner in Millennium Millionaire Series 367 with ticket number 3279, which he purchased online on August 17.

Tariq, who bought four tickets for Series 367 is a regular participant in Dubai Duty Free’s promotion since 2002. A father of two, he has been working and living in Bahrain fro 10 years.

“Thank you very much Dubai Duty-Free, I knew that I would win one day, and this is it!” he said.

Tariq is the 10th Saudi Arabian national to have won $1million prize since the start of the Millennium Millionaire promotion in 1999.

A regular participant in the promotion since 2018, Dole has been a resident of Dubai for 12 years and works as an investment banker.

Dole is a second-time winner with Dubai Duty-Free as he previously won a Bentley Continental GT (Camel Linen) car, with a Finest Surprise ticket number 1580 in Series no.1730 in September 2019. He was understandably delighted to receive another call from Dubai Duty-Free informing him that he won $1 million this time.

“I never thought that this day would come! Having won a car in 2019 I’m am humbled by this other opportunity, this time a $1 million,” he said.

Dole added, “Like when I sold the car that I won, this money will certainly go a long away, including for my children’s education and some charity works.”

Dole is the eighth Australian national to have won in the Millennium Millionaire promotion.

Following the Millennium Millionaire draw, the Finest Surprise draw was conducted for a luxury car and two motorbikes. Jamil Murad, a 57-year-old Pakistani national based in Dubai, won a Range Rover Sport HSE Dynamic 5.0 (Lantau Bronze) car, with ticket number 1194 in Finest Surprise Series 1782, which he purchased online on August 24.

A regular participant in Dubai Duty-Free’s promotion for 20 years now, the father of two works as a construction project manager for Texture Group.

“I sincerely thank Dubai Duty-Free for this amazing opportunity which comes at the right time in terms of my financial obligations and preparation for my retirement as well as securing my children’s future,” he said.