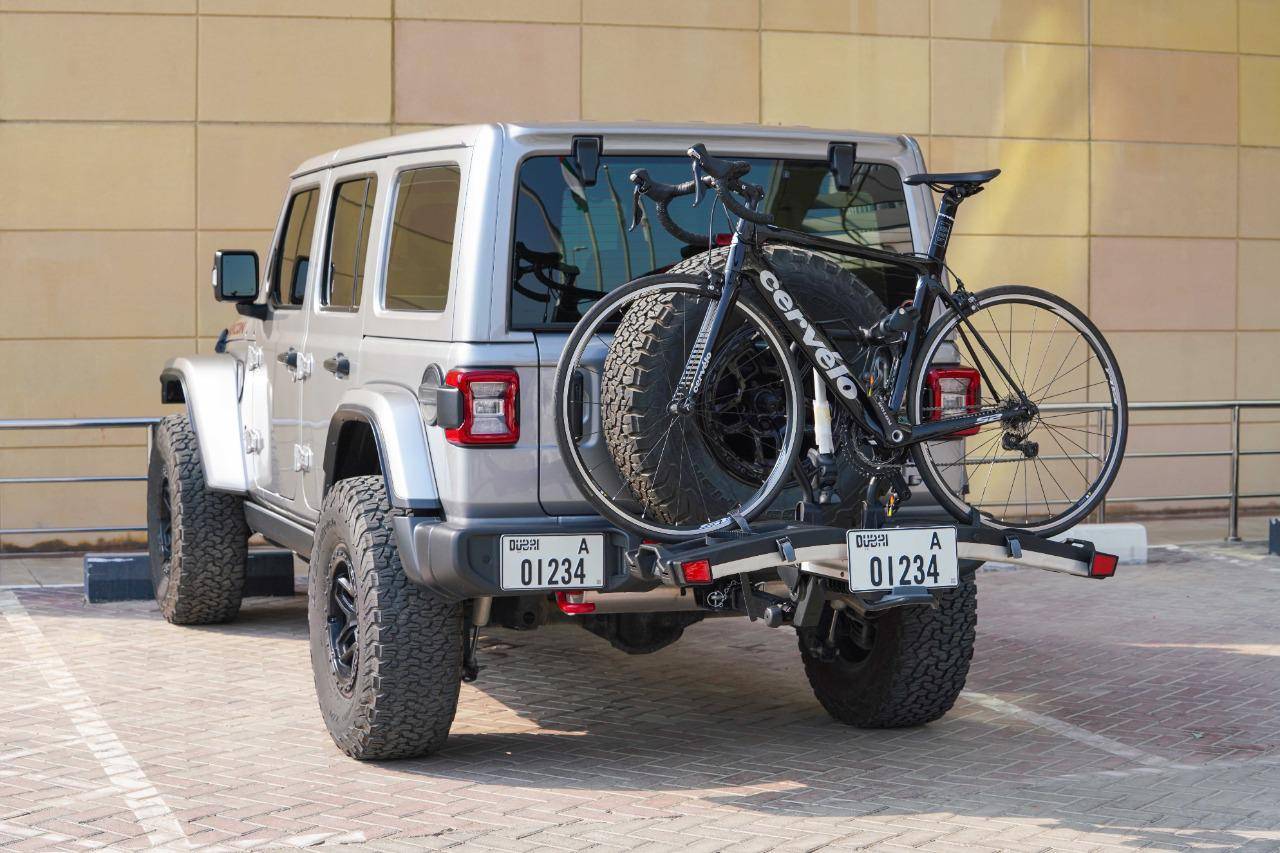 Bike stands at the back of vehicles often block the visibility of rear number plates.

From November this year, motorists in Dubai can get an additional number plate to be fitted at the back of vehicles with trunk-mounted bicycles.

Motorists can avail of the service from Dh35, the Roads and Transport Authority (RTA) said on Monday. The service will be made available on http://rta.ae and motorists can get the number plate from a service provider.

Bike stands at the back of vehicles often block the visibility of rear number plates. The additional number plate will help prevent this.

Blocked number plates are a traffic violation in the UAE.

The RTA had said earlier that the service was launched in response to feedback and proposals made by residents.

Dubai aims to become one of the most bicycle-friendly cities in the world by extending the emirate’s total bike lanes to 739km.

As of November, #RTA will launch a service to request an additional short number plate on the back of vehicles with trunk-mounted bicycles starting from AED 35 only.
You can apply for this service via https://t.co/d59n6xYb3x & get the number plate from our service providers. pic.twitter.com/2Z8eImHsfp