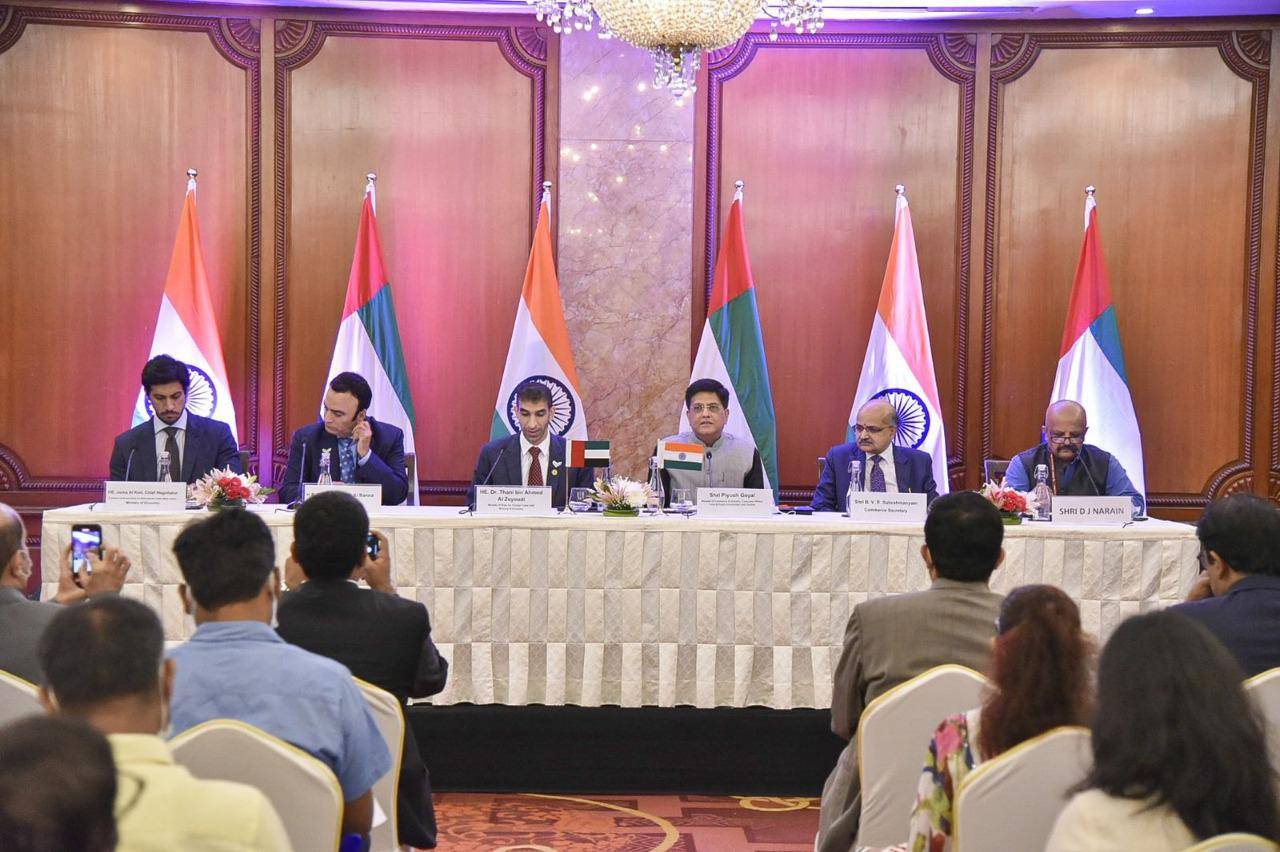 The UAE is also India’s second-largest export destination after the US, with exports valued at about $29 billion in 2019-20.

India and the UAE have formally launched negotiations for a free trade agreement and the first round of talks will begin from Thursday with an aim to conclude it by end-December, a move aimed at boosting trade and investments between the countries, Commerce and Industry Minister Piyush Goyal said on Wednesday.

The two countries also look to sign a formal agreement, officially dubbed as Comprehensive Economic Partnership Agreement (CEPA), in March 2022 after the completion of internal legal procedures and ratification.

“Looking to build on the progress made by both countries under the Comprehensive Strategic Partnership signed in 2017; both Ministers expressed a desire to reach a mutually beneficial economic deal. Both sides will aim to conclude negotiations by December 2021 and sign a formal agreement in March 2022 after the completion of internal legal procedures and ratification,” said a joint statement.

Al Zeyoudi is here with a high-level delegation to hold talks on improving bilateral economic relations, including expanding the existing trade and investment relationship.

“It is matter of great satisfaction that today we have launched the negotiation for a mutually beneficial Comprehensive Economic Partnership Agreement…The first round of CEPA negotiation will be held tomorrow and day after in Delhi.

“Both sides have drawn up a very aggressive and ambitious timeframe and aim to conclude the negotiation by December 2021 itself. And we hope to sing the formal agreement in the early part of 2022 after the completion of internal legal procedures and necessary ratification process,” Goyal said at a media briefing along with the visiting minister.

He said that CEPA will enhance bilateral trade and investment flows and it will assist in our post-Covid economic recovery and future economic growth.

The joint statement said both the ministers emphasised that CEPA will create new jobs, raise living standards, and provide wider social and economic opportunities in both nations.

“A new strategic economic agreement is expected to increase bilateral trade in goods to $100 billion within five years of the signed agreement and increase trade in services to $15 billion,” it said.

The UAE is currently India’s third-largest trading partner with bilateral trade in 2019-20 valued at $59 billion. The UAE is also India’s second-largest export destination after the US, with exports valued at about $29 billion in 2019-20.

India was the UAE’s second-largest trading partner in 2019, with bilateral non-oil trade valued at $41 billion. The UAE is the eighth-largest investor in India, having invested $11 billion between April 2000 and March 2021, while investment by Indian companies in the UAE is estimated to be over $85 billion.

Imports from the UAE include petroleum and petroleum products, precious metals, stones,gems and jewellery, minerals, chemicals and wood and wood products.

Under a free trade agreement, two trading partners reduce or eliminate customs duties on the maximum number of goods traded between them. Besides, they liberalise norms to enhance trade in services and boost investments. — PTI