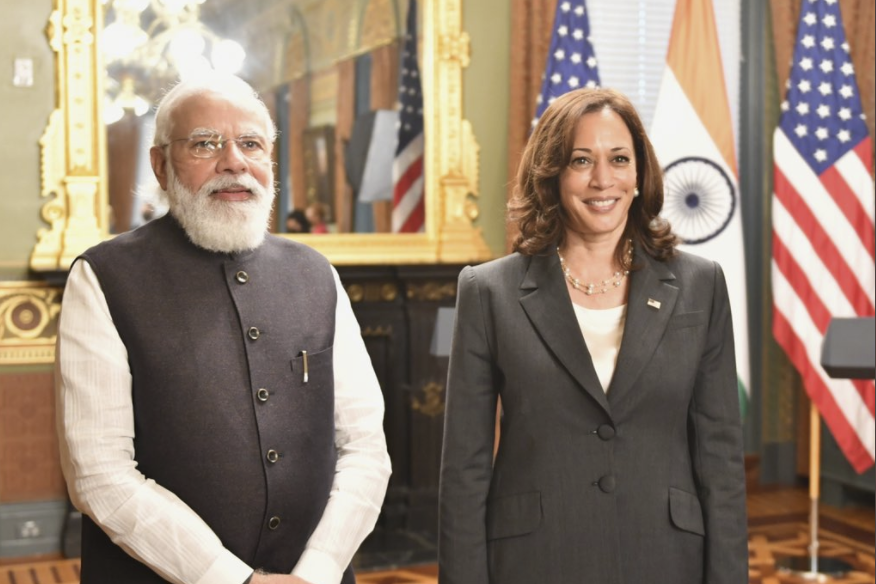 In a meeting with Harris, Modi highlights that India and America are “natural partners”

US Vice-President Kamala Harris on Thursday met Indian Prime Minister Narendra Modi and welcomed his country’s decision to resume exports of the Covid-19 vaccine and said both countries must work together to protect democracies around the world.

India, the world’s biggest maker of Covid vaccines, announced this week that it would resume vaccine exports later this year. India stopped exports in April to focus on inoculating its own population as infections exploded.

“When India experienced the surge of Covid in the country, the United States was very proud to support India in its need and responsibility to vaccinate its people, and I welcome India’s announcement that it will soon be able to resume vaccine exports,” Harris said.

Narendra Modi and Kamala Harris held delegation-level talks at the Eisenhower Executive Office Building, near the premises of the White House.

“The United States, like India, feels very strongly about the pride of being a member of the Indo Pacific, but also the fragility and importance…of those relationships, including maintaining a free and open Indo Pacific,” Harris told Modi during the meeting.

The meeting was also a celebratory moment for the 4 million strong Indian diaspora in the United States and Indians back home who take pride in Harris’s Indian roots and her ascent.

Modi praised the vice-president referring to her as an “inspiration,” a leader who is like “family” and called her a “real friend” who has had India’s back during the Covid-19 crisis.

At the start of his meeting with Harris, PM Modi highlighted that India and America are “natural partners” and said both the countries have similar values, geopolitical interests, and “our coordination and cooperation is also increasing”.

“The oldest democracy and the largest democracy…we are indeed natural partners, we have similar values,” Modi said.

“The vibrant and strong people-to-people connections between India and the US is a bridge between our two countries, their contributions are praiseworthy,” he added.

Earlier in June this year, PM Modi held a telephonic conversation with Harris and discussed the US’ strategy for global vaccine sharing and the Quad vaccine initiative to fight the Covid-19 pandemic.

Earlier in the day, Modi met Kamala Harris, Australian Prime Minister Scott Morrison and held meetings with five global CEOs for potential investment in India. These talks were part of series of meetings that he undertook with select heads of corporates that have the potential to invest significantly in India.

Modi’s three-day Washington trip will be capped by a meeting with President Joe Biden at the White House on Friday.

Biden will host the first-ever in-person Quad Leaders’ Summit, which will be joined by , Morrison and Japanese Prime Minister Yoshihide Suga.

Modi’s US visit will conclude on September 25 with an address at the United Nations General Assembly focusing on the pressing global challenges including the Covid-19 pandemic, the need to combat terrorism, climate change and other important issues.

‘US, Taliban had productive talks on humanitarian aid’