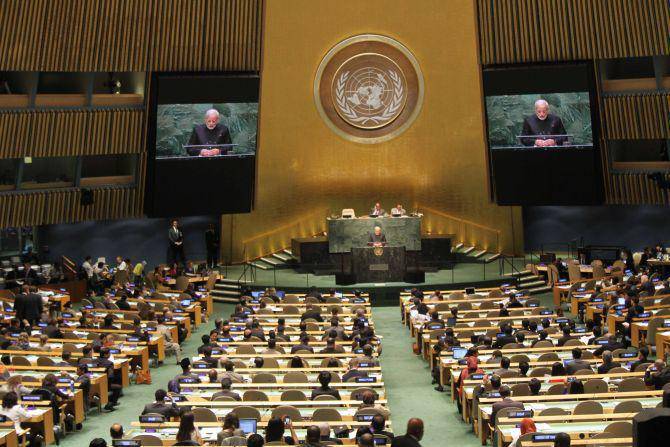 Modi to discuss global challenges, including Covid-19 pandemic and other important issues

Prime Minister Narendra Modi will address the 76th session of the United Nations General Assembly in New York on Saturday during which he is likely to focus on “pressing global challenges” including the Covid-19 pandemic, terrorism, climate change and other important issues.

The theme for this year’s General Debate is ‘Building Resilience through hope to recover from Covid-19, rebuild sustainably, respond to the needs of the planet, respect the rights of people, and revitalise the United Nations.’

The high-level segment of the 76th UNGA began in New York on Tuesday. The UNGA meeting this year is in a hybrid format but a large number of leaders have arrived in New York.

Regarding India’s permanent membership at the UNSC, Shringla said PM Modi will lay emphasis upon the UNSC reforms during his address.

“India’s Amrit Mahotsav and the 75th-anniversary of the UN are coinciding. And on this occasion, Prime Minister Modi during his address will definitely speak on UN reforms, about why it is needed and how it can be achieved,” he said.

Modi had arrived in Washington on Wednesday for a three-day visit to the country on Wednesday, his first beyond neighbourhood since the outbreak of the Covid-19 pandemic.

Landed in New York City. Will be addressing the UNGA at 6:30 PM (IST) on the 25th. pic.twitter.com/CUtlNZ83JT