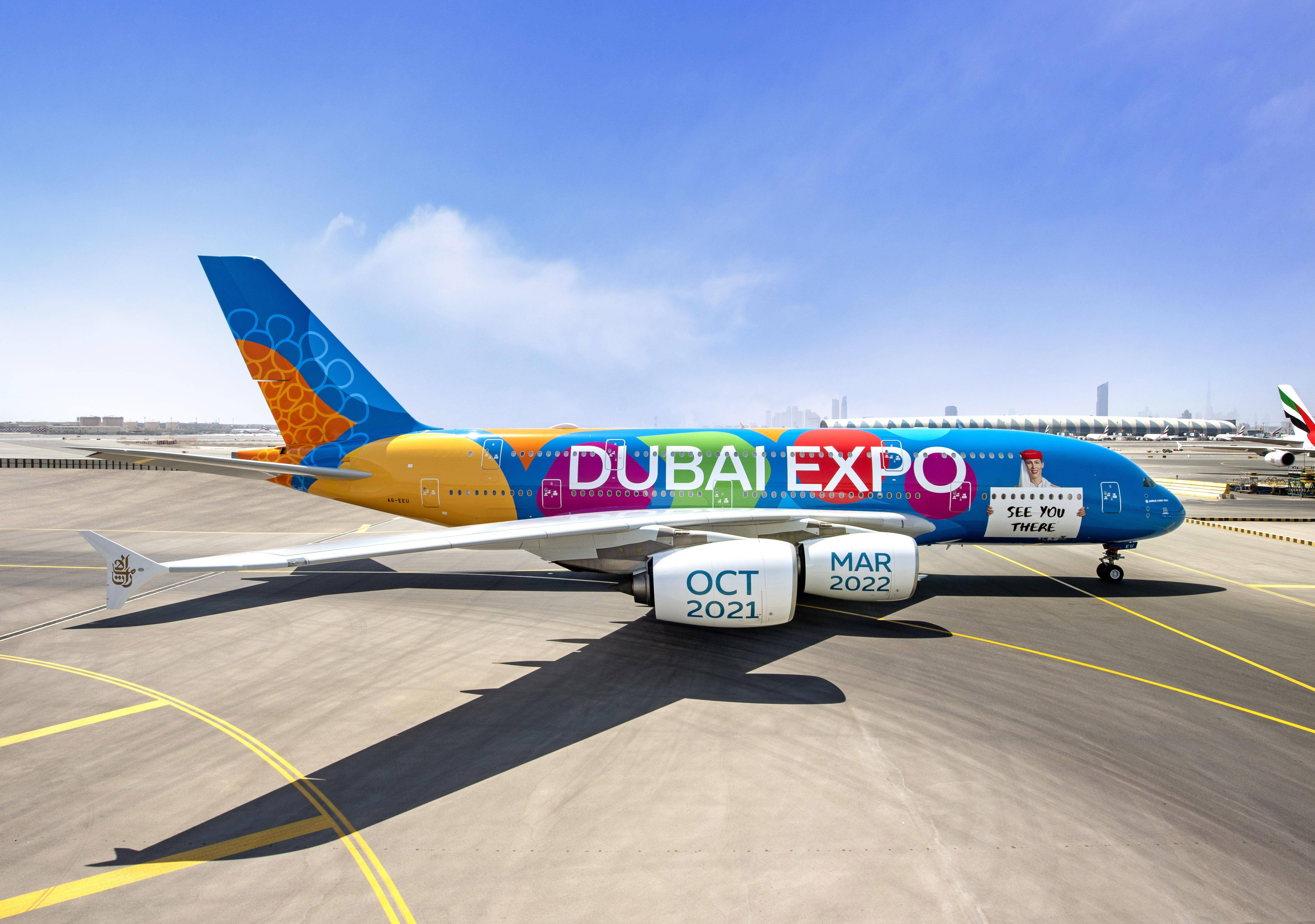 In a bold departure from the carrier’s traditional white and gold paint scheme, the bright blue aircraft livery features large-scale graphics in vivid green, orange, pink, purple and red, and will wow travellers and plane-spotters alike when it heads to Los Angeles on September 29.

Special ‘Dubai Expo’ and ‘Be Part of the Magic’ messages run across both sides of the A380 fuselage. The engine cowls also carry the Expo 2020 Dubai messages and dates of the event.

In addition, the Burj Khalifa stuntwoman who appeared in the recent viral Emirates ad carries an invitation to visit the event on both sides of the aircraft, holding a message board that says: ‘See you there’ and ‘Dubai Expo Oct-Mar 2022’.

The new Expo 2020 Dubai livery will appear on three Emirates A380 aircraft.

Here’s what makes this livery work stand out:

> It was designed, painted, produced and installed in-house by the teams at Emirates

> It is not just a decal, but a complete paint project, and is by far the largest one the airline has ever embarked on

> It required the paint on A6EEU, the aircraft chosen for the livery, to be completely stripped

> 11 colours were applied on the aircraft in a careful, methodically sequenced manner

> Over 2,500 sq. m. of tracing and masking material were used for the project

> The process of painting the livery design and applying the decals took 16 days and 4,379 man-hours to complete