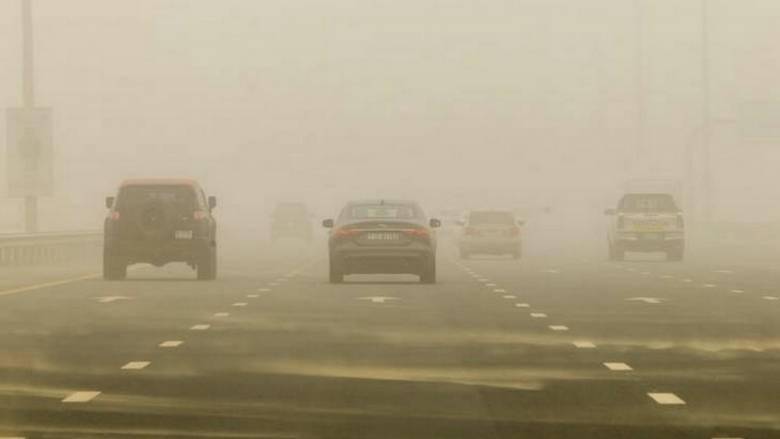 Winds with top speeds of 55kmph will kick up dust in some areas, affecting visibility till 3pm today.

The UAE’s weather bureau has reported light to moderate rains over multiple areas on Monday as cyclone Shaheen was downgraded to a tropical storm.

The National Centre of Meteorology (NCM) also reported that visibility has been affected in multiple areas as high-speed winds kicked up dust.

Winds with top speeds of 55kmph will kick up dust in some areas, affecting visibility till 3pm today, October 4.

The Abu Dhabi Public Health Centre, meanwhile, has issued an important tip for driving during a sandstorm:

When driving in a sandstorm, keep a safe distance. Given that the sand covers the road, it adversely affects visibility to the point where drivers find it difficult to locate other vehicles. #ADPHC pic.twitter.com/iUuAU9lWyd

The UAE is on full alert to mitigate the impact of the storm. As precautionary measures, schools and universities in some areas in the UAE went online; a park was shut; and construction sites in Al Ain were secured and work fully stopped.

The storm was expected to weaken before it hit the UAE’s eastern coast. The NCM issued a code red alert off the eastern coast, warning of 10-foot waves off-shore and wind speeds of 50kmph. The alert, which was issued at 5.25pm on Sunday, will remain till Monday evening.