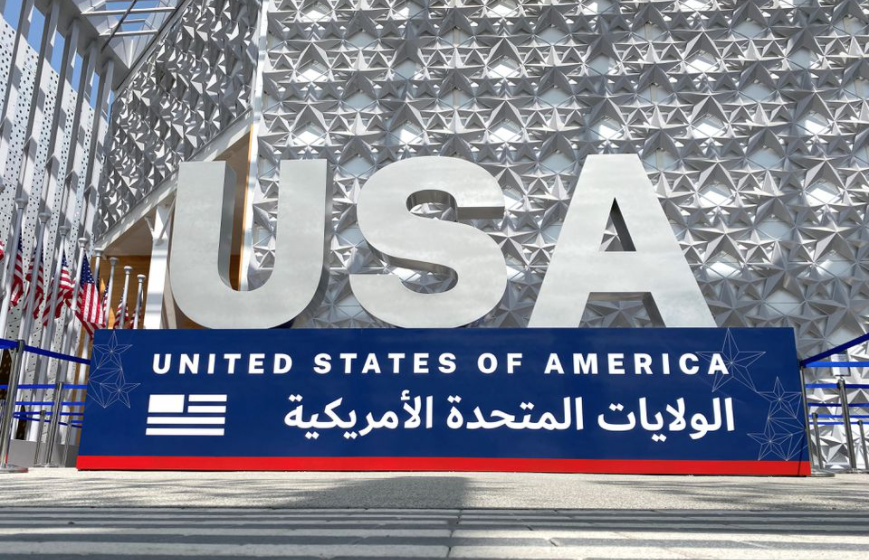 The UAE instead financed the pavilion of its key security partner, which houses the US exhibition, at a cost of $60 million.

US Commissioner General to the Expo in Dubai Robert Clark, who was appointed by President Joe Biden, said on Tuesday that he would lobby Congress to pass legislation to allow the government to finance the country’s participation in future world fairs.

The US is banned by Congress from using public funds to take part in fairs organised by the Bureau International des Expositions (BIE), like the six-month Expo that started in Dubai last week.

The UAE instead financed the pavilion of its key security partner, which houses the US exhibition, at a cost of $60 million.

“One of my missions going forward…is to educate the United States Congress, on both sides of the aisle, to the benefits of participating in the Expo,” Clark said at the world fair. “I am having those conversations now.”

Clark is the Expo’s most senior US government representative.

Congressional delegations are expected to visit the Expo, and Clark said he planned to “emphasise the importance” so that the government would be able to use public funds going forward.

Clark, a businessman who has been in the unpaid role for less than a month, was speaking to reporters at the US pavilion, which features a replica of the Space X Falcon 9 rocket and a Holy Quran that was owned by third president Thomas Jefferson.

“United States of America” is written in English and Arabic outside the pavilion. Visitors can eat “New York” bagels at the pavilion’s restaurant and buy NASA T-shirts in the souvenir store.

The US is forecasting its pavilion will attract over two million visitors throughout the fair’s six-month run. Expo organisers expect 25 million visits to the fairgrounds.

The US, which has said it is interested in hosting the smaller “Specialised Expo” in 2027 in Minnesota, is one of nearly 200 countries taking part in the Dubai fair.