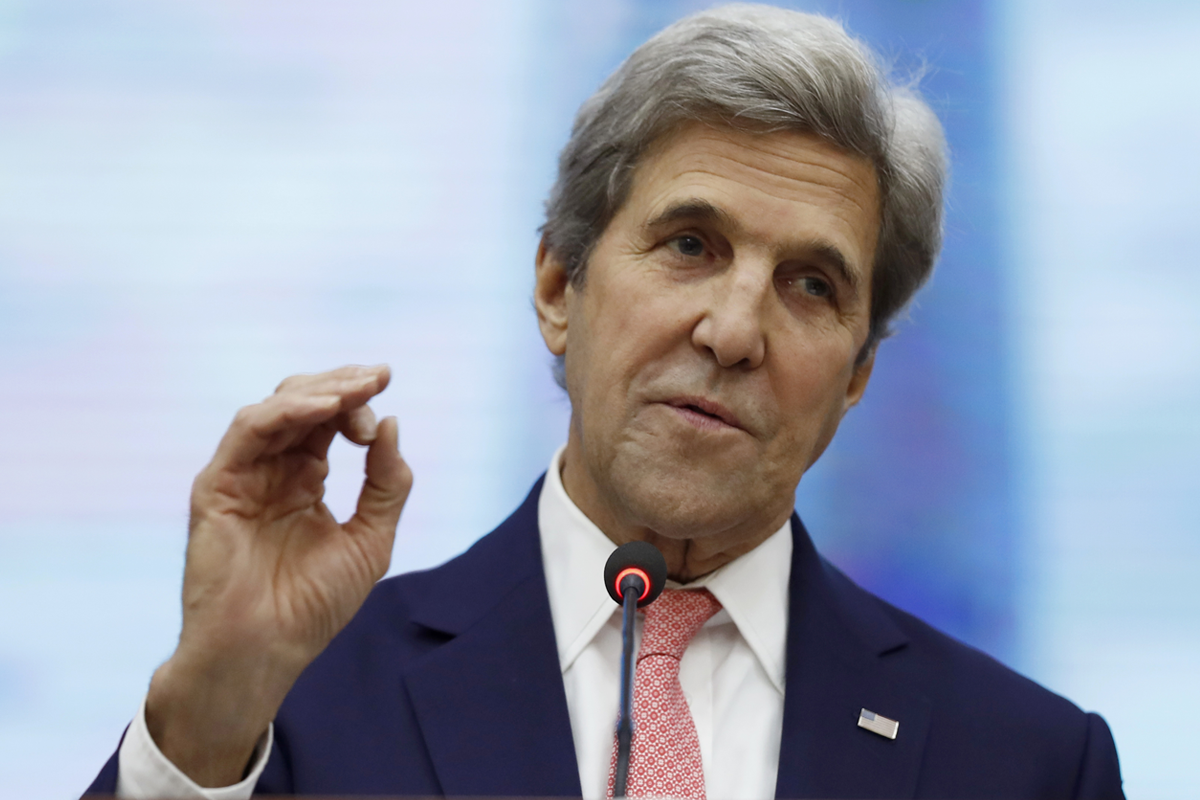 John Kerry, the US Special Presidential Envoy for Climate, led congratulations from world leaders and prominent environmental policy-makers to the UAE for its Net Zero 2050 Strategic Initiative, calling it an “incredibly important” step in combating climate change.

John Kerry said: “My heartfelt congratulations and thanks to the UAE for its incredibly important Net Zero 2050 Strategic Initiative. As the UAE prepares to celebrate its 50th anniversary as a nation later this year, this mid-century net-zero goal sets out a very powerful vision for your next exciting decades ahead.

“I know this announcement is the result of serious substantive work by many and it sets an example for other major energy exporters to follow. I look forward to working with the UAE turn this goal into a reality.”

Kerry also thanked the UAE for using Expo 2020 Dubai “to draw attention to the world’s shared responsibility to address the climate crisis”.

Sticking to 1.5 C requires ambitious climate commitments. I salute UAE for heeding the call ahead of @COP26. @MohamedBinZayed‘s Net Zero 2050 Strategic Initiative is an example for other energy-producing nations. We must take strong action in this critical decade. https://t.co/uR8LQSPmtI

He said: “This work that we all have to do must accelerate in this critical decade – a decade that will make or break our ability to realise our 2050 goals.”

UK Prime Minister Boris Johnson also welcomed the announcement, on Twitter: “Fantastic news that the UAE has become the first Gulf country to commit to net-zero emissions by 2050. This is a significant step in tackling climate change, and I hope more countries commit to net zero ahead of COP26.”

Fantastic news that the UAE has become the first Gulf country to commit to Net Zero emissions by 2050.

This is a significant step in tackling climate change and I hope more countries commit to Net Zero ahead of @COP26.

This UAE is the first country in the Middle East and North Africa region to commit to such an initiative. The pledge was announced at Expo 2020 on Thursday by His Highness Sheikh Mohammed bin Rashid Al Maktoum, Vice President and Prime Minister of the UAE and Ruler of Dubai, who said: “We are committed to seize the opportunity to cement our leadership on climate change within our region and take this key economic opportunity to drive development, growth and new jobs as we pivot our economy and nation to net zero.”

UN Secretary General Antonio Guterres also tweeted his happiness at the UAE’s pledge: “I welcome the announcement by the United Arab Emirates of its intention to achieve net zero emissions by 2050. I look forward to the UAE submitting a new Climate Action plan in line with this ambitious vision and encourage other Gulf states to follow this example ahead of COP26.”

As the first net zero carbon commitment in the Gulf, this is an historic announcement

COP26 President Alok Sharma tweeted: “I am delighted the UAE has announced it will reach net zero carbon by 2050. As the first net zero-carbon commitment in the Gulf, this is an historic announcement.”