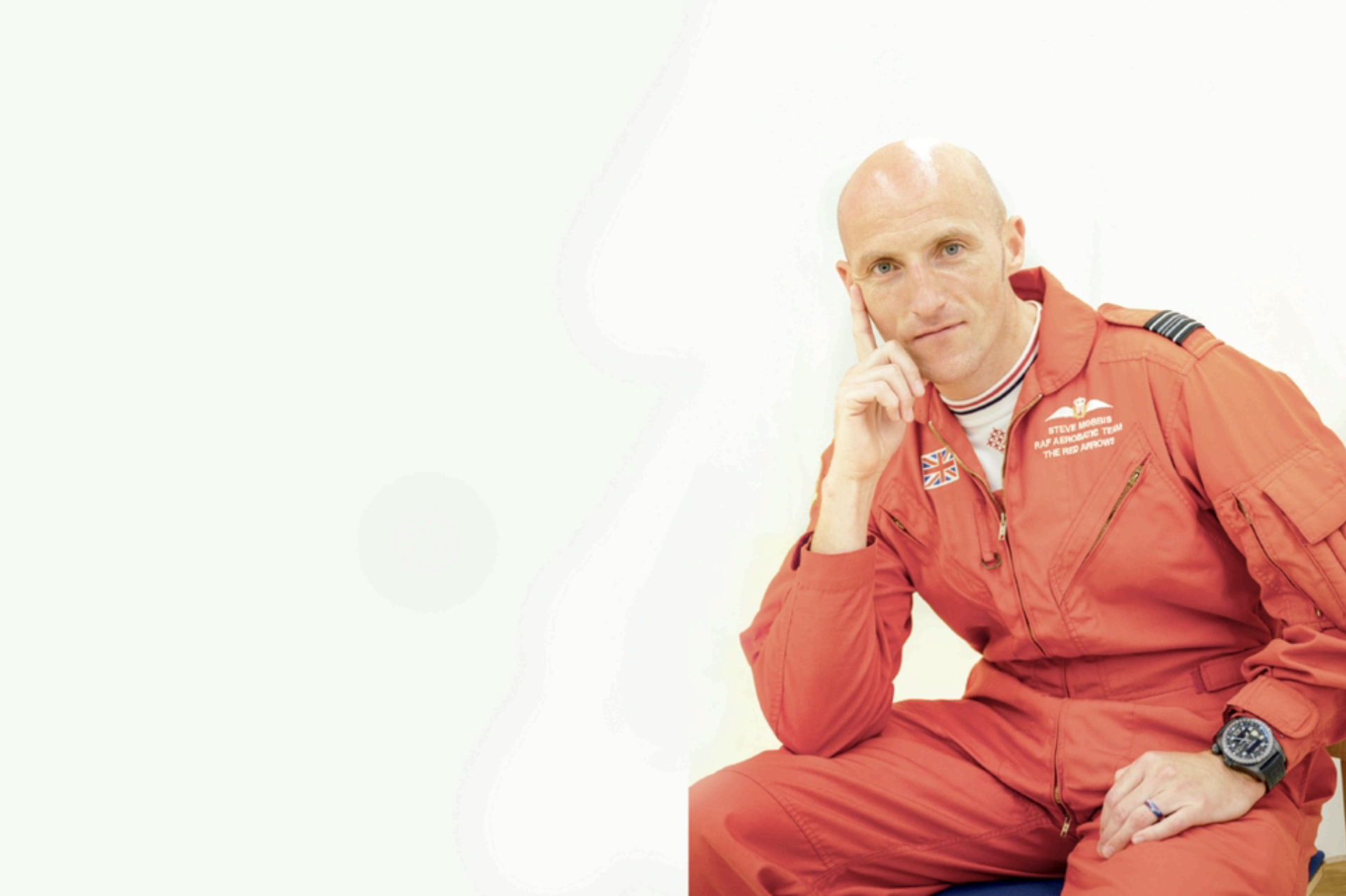 Steve Morrison has been conquering the skies with the UK’s Red Arrows for the past four years — but on Friday, he flew his last airshow with the team. “It was mind-boggling,” he said, as he recalled the bird’s eye view of the ‘mega city’ that Dubai built for Expo 2020.

“It has hit me now. The Expo display was my last and it will be memorabilia,” Morrison told Khaleej Times.

For 20 minutes, the world-famous Red Arrows — the UK’s Royal Air Force Aerobatic Team — flew over the Expo site, leaving vapour trails in red, white and blue. Nine jets zipped through the sky in a breathtaking series of low and high-flying precision manoeuvres.

For the spectators on the ground, it was a stunning airshow — but for Morrison, it was a view to remember.

“Expo 2020 Dubai is huge. It’s a big city out there from the above, but more than that, it’s a phenomenal piece of engineering,” said the squadron leader who has already soaked in the sights of various terrains across the globe.

Dubai, he said, is way ‘different’ from other cityscapes and putting on a show in the emirate comes with unique challenges.

“The aircraft’s performance decreases in hot weather, so we have to be focused on precisions. It takes a longer time for the planes to accelerate and the speed decreases in such temperatures,” he said.

Morrison, who had flown over Dubai in 2013, said the city is now ‘completely unique and different’.

“I remember flying over The Palm, the Burj Khalifa and Burj Al Arab during my last visit. The landscape is completely different now, but I have to say this, the Palm Island is such a treat to your eyes from the above.”

He added: “We get to encounter uniqueness in contrast by flying here. As we take off, our eyes are attracted to different colours: The yellow sun, the blue water and the brown desert. But as you come closer to Dubai, the terrain changes to island and buildings that rise just below our aircraft. The aerial view of the city is just spectacular.”

Morrison had always dreamt of joining the Red Arrows since he first saw an airshow in the UK when he was a child. Back then, he knew he needed to start a course at 13 and train for about eight years so he would be qualified to fly a fighter jet.

“The application process is quite long and only 30 are chosen initially. Out of 30, nine are selected to train for the Red Arrows and only three are selected in a year. Also, it requires 15 years and 1,500 fast-jet flying hours to qualify for the team.”

It certainly is an elite team. After all, the Red Arrows serve as ambassadors for the UK. “It is extremely important to get the right person for the aerobatic display,” Morrison said.