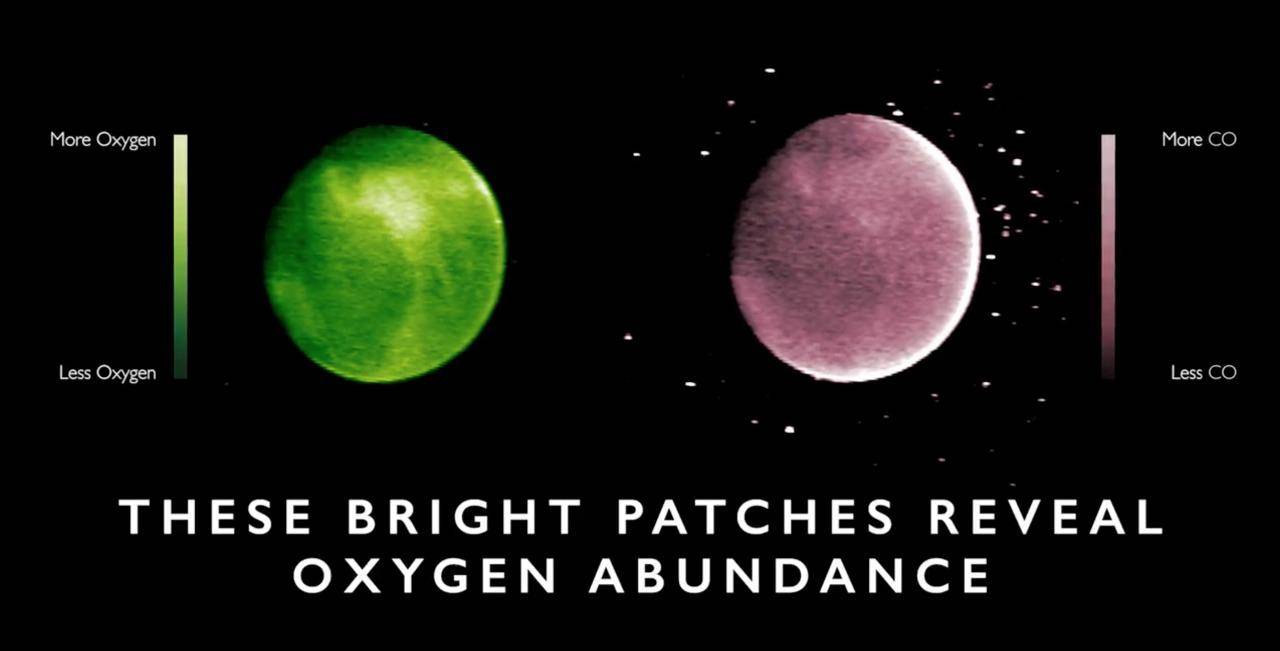 The Hope Probe’s official Twitter page confirmed the development, noting, “The Emirates Mars Mission has released unique new images of Mars that challenge our existing conception of how the planet’s atmospheric gases behave and interact.

The mission further detailed how “more hidden marvels” have been revealed as the probe continues to observe Mars’ atmosphere. “New and curious observations have been made on Mars’ dayside by Hope’s ultraviolet spectrometer,” it said.

These observations, as well as previously-announced observations of Mars’ discrete aurora, are part of the first data release that went out on October 1, the mission added. New data sets will be released every three months without embargo and free for use to the community, it said.

“The EMM team had expected to observe a relatively uniform emission from oxygen at 130.4 nm across the planet and yet, here we are, faced with unpredicted variations of 50 per cent or more in the brightness,” it stated.

Taken by the Mars Hope probe’s EMUS instrument, the observations show dramatic variations in the concentrations of both atomic oxygen and carbon monoxide in the dayside atmosphere of Mars.

The Emirates Mars Mission released unique new images of Mars that challenge our existing conception of how the planet’s atmospheric gases behave and interact.#HopeProbe pic.twitter.com/2anNSaL8BJ

The Emirates Mars Mission, the first interplanetary exploration undertaken by an Arab nation, was launched from Tanegashima Space Center in Kagoshima Prefecture, southwestern Japan at 01:58 GST on July 20, 2020.

The mission has not only performed nominally across all areas, but has exceeded its anticipated performance, encompassing a range of activities and freeing up valuable resources to perform additional observations.

EMM project director Omran Sharaf had earlier said, “We’ve had quite a lot of ‘wiggle room’ in addition to our planned parameters and our confidence in our spacecraft has gone from strength to strength, to be honest.

“We were able to cut the number of trajectory correction manoeuvres, perform additional observations during our flight to Mars and now have added a whole area of scientific study to the mission that I can only describe as a bonus.”