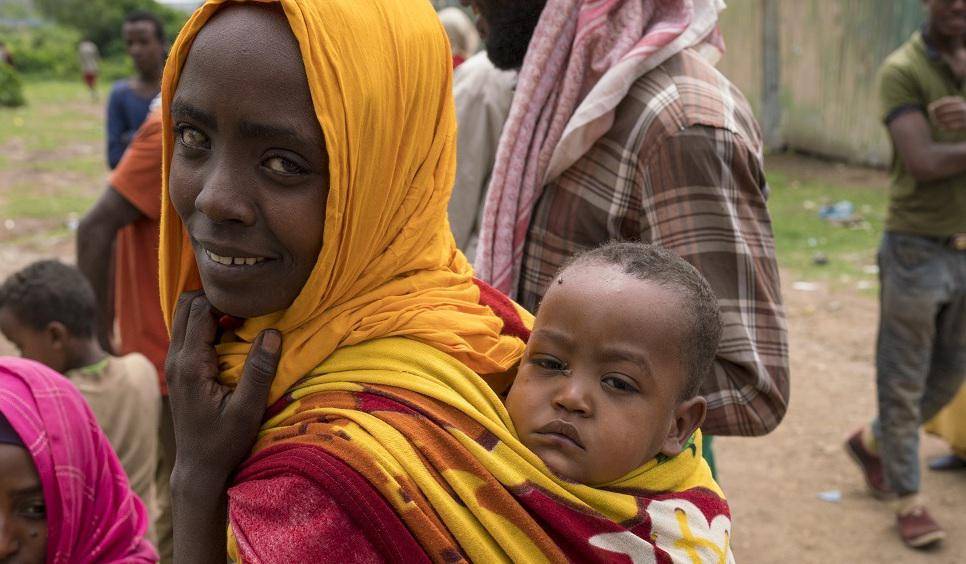 A ’50 Days to Transform 5 Million Lives’ campaign has been launched in the lead up to the UAE’s Golden Jubilee, which aims to end neglected tropical diseases, a commitment made by late Sheikh Zayed bin Sultan Al Nahyan.

People across the UAE will carry on the commitment of the UAE’s founding father, Sheikh Zayed, to end neglected tropical diseases (NTDs) with a major fundraising effort.

The ‘50 Days to Transform 5 Million Lives’ campaign will begin on October 14 as the countdown begins to the UAE’s 50th anniversary on December 2.

The effort is led by The Reach Campaign, an awareness and fundraising initiative which aims to end two NTDs – river blindness and lymphatic filariasis – in partnership with Emirates Red Crescent and some of the UAE’s biggest organisations and companies.

All proceeds will benefit the Reaching the Last Mile Fund (RLMF), which offers a proof of concept for the elimination of the two diseases in Sub-Saharan Africa. Hosted by the END Fund – the leading philanthropic vehicle dedicated to ending NTDs – RLMF is a 10-year, $100 million initiative launched in 2017 by His Highness Sheikh Mohamed bin Zayed Al Nahyan, Crown Prince of Abu Dhabi and Deputy Supreme Commander of the UAE Armed Forces, with support from several organisations including The Bill & Melinda Gates Foundation and The ELMA Philanthropies.

RLMF delivers preventative treatment for NTDs and focuses on ways to accelerate progress towards elimination – from investing in disease mapping efforts, to supporting advanced lab facilities and cross-border collaborations.

The 50 day campaign aims to raise funds to support these activities and ultimately help protect at least five million people from river blindness and lymphatic filariasis.

A series of fundraising initiatives will be announced over the next 50 days and include personal fundraising challenges, employee giving campaigns, culinary and retail promotions, text-to-give campaigns, a global sweepstakes and an auction of once-in-a-lifetime experiences.

Mohamed Ateeq Al Falahi, Secretary General of Emirates Red Crescent, says: “We are incredibly proud to be supporting the 50 Days to Transform 5 Million Lives campaign in partnership with Reach. This campaign aligns with ERC’s values of mobilising human power to support the vulnerable, and as we look to eradicate these preventable diseases, it is crucial for governments, donors, NGOs and the private sector to come together to work toward a more equal future for some of the world’s most vulnerable communities.”

Nassar Al Mubarak, Managing Director of The Reach Campaign, says: “The UAE has been committed to eliminating these preventable NTDs for over 30 years. In 1990, the UAE’s late founding father, Sheikh Zayed, made a personal donation to The Carter Center’s efforts to eradicate the NTD Guinea worm disease and began a decades-long commitment by Abu Dhabi’s ruling family to disease eradication, which continues today through the philanthropic commitments of Sheikh Mohamed. We are incredibly proud to be honouring this commitment by launching the ‘50 Days to Transform 5 Million Lives’ campaign in the lead up to the UAE’s 50th anniversary, as we uphold our deeply embedded values of giving and collective sense of responsibility to help those in need.

“The impact of these two diseases goes well beyond the individual. When adults suffer from river blindness or lymphatic filariasis, children are often taken out of school to support their care, with girls disproportionately bearing the caretaking burden. Countries that eliminate river blindness and lymphatic filariasis can secure a brighter future for their people, while also realising significant economic benefits that catalyse growth.

“Just Dh2 can protect someone from these diseases for an entire year and as we celebrate our good fortune during our Golden Jubilee, it is crucial to remember those less fortunate.”

Ellen Agler, CEO of The END Fund, says: “Although the end of NTDs is possible within our lifetime, reaching the last mile will only happen with the support of a wide range of partners and innovative new collaborations, like those forged by the Reach Campaign. We are excited to partner with Reach on the 50 Days to Transform 5 Million Lives campaign to deliver even more impact through the Reaching the Last Mile Fund, and we remain incredibly grateful to Sheikh Mohamed and the leadership of the UAE for their unwavering commitment to eliminating NTDs.”

The community is encouraged to take part and donate by texting the word GIVE to 2424. Alternatively, donation is possible through the website www.reachtheend.org.