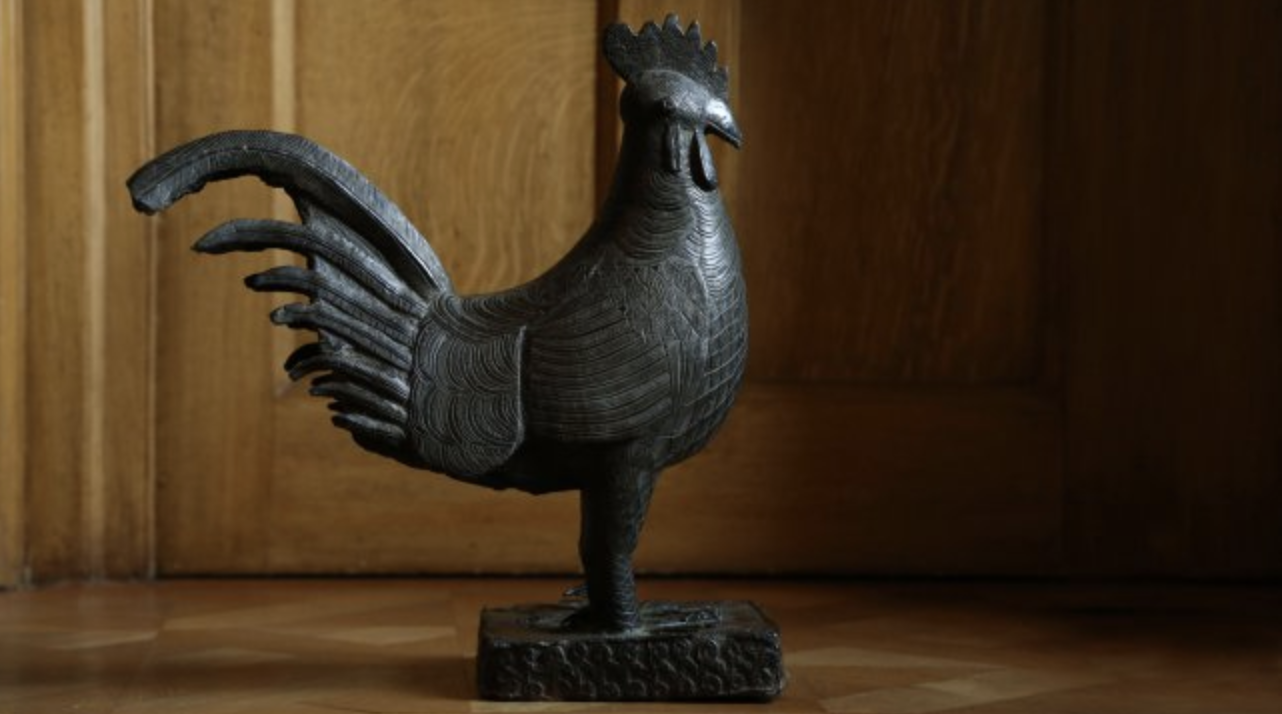 Benin Bronze taken during plunder of 1897.

A college in the University of Cambridge will on October 27 become the first British institution to return an item looted during the colonial period in a move likely to spur more demands for such return, including several from India and other countries in Asia.

Jesus College had decided to hand over the Benin Bronze in its possession to Nigeria’s National Commission for Museums and Monuments on October 27, the college said on Friday.

Delegates from the Commission and Benin will visit the college for a ceremony to complete the handover process and celebrate the return.

His Royal Majesty, Oba of Benin, Omo N’Oba N’Edo Uku Akpolokpolo, Ewuare II said: “We are indeed very pleased and commend Jesus College for taking this lead in making restitution for the plunder that occurred in Benin in 1897”.

“We truly hope that others will expedite the return of our artworks which in many cases are of religious importance to us…Finally, we wish to thank the student body of Cambridge University for bringing to light the historical significance of this revered piece of the Royal Court of Benin. It is worthy of note that our father attended Cambridge University but was then Prince Solomon Akenzua. He later ascended the throne of our forefathers as Omo N’Oba Erediauwa, Oba of Benin.”

Sonita Alleyne, Master of Jesus College, said: “This is an historic moment. We look forward to welcoming representatives from Nigeria and Benin to the handover ceremony and to celebrating the return of this Bronze. This is the right thing to do out of respect for the unique heritage and history of this artefact”.

“Since we took the decision to return the Bronze following the College’s Legacy of Slavery Working Party’s (LSWP) extensive research, many organisations have followed in our footsteps. I would like to thank the LSWP for its diligent and careful investigation into the provenance of the Bronze, to the Fellows for their keen support for its restitution, and to our students who pioneered calls for this.”

In May 2019, Jesus College set up the LSWP comprising Fellows, staff and student representatives to explore the historical, legal and moral status of the college’s ownership of the Bronze. They examined evidence showing that the statue was looted directly from the Court of Benin, as part of the punitive British expedition of 1897, and was given to the college in 1905 by the father of a student.

In November 2019, the College became the first institution in the world to announce its decision to return a Benin Bronze.

Alhaji Lai Mohammed, Nigeria’s Minister of Information and Culture, said: “We thank Jesus College for being a trailblazer and we look forward to a similar return of our artefacts by other institutions that are in possession of them.”