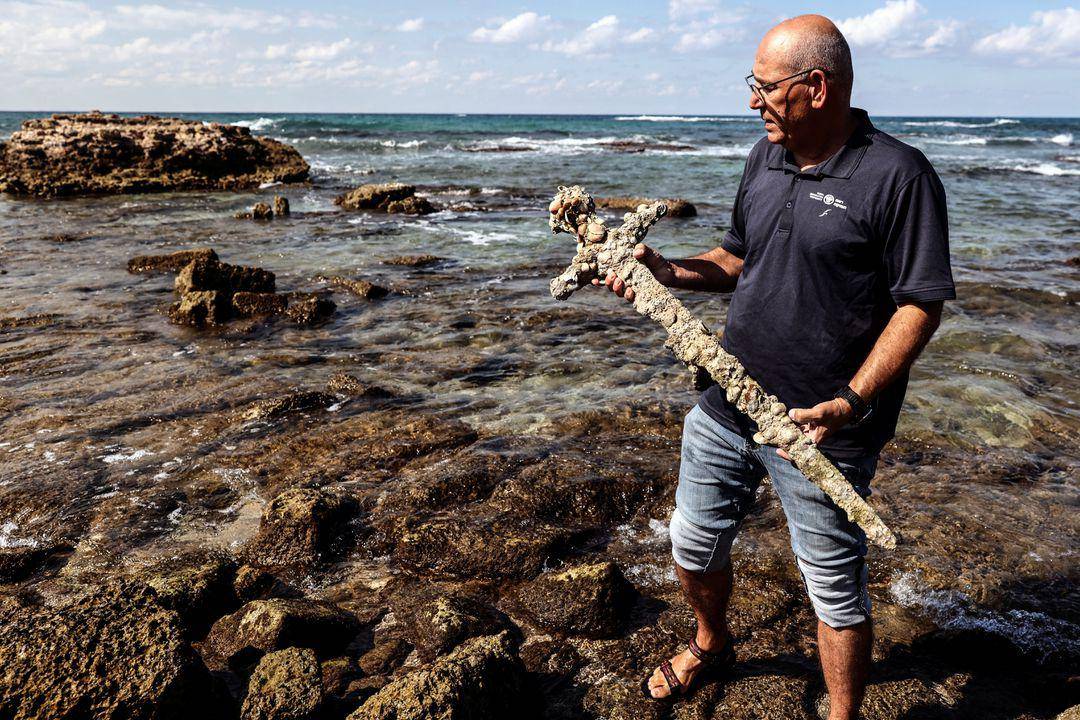 A sword, believed to have belonged to a crusader who sailed to the Holy Land almost a millennium ago, has been recovered from the Mediterranean seabed thanks to an eagle-eyed amateur diver, the Israel Antiquities Authority said on Monday.

Though encrusted with marine organisms, the metre-long blade, hilt and handle were distinctive enough to notice after undercurrents apparently shifted sands that had concealed it.

The location, a natural cove near the port city of Haifa, suggested it had served as a shelter for seafarers, said Kobi Sharvit, director of the authority’s marine archaeology unit.

>> Human footprints believed to be oldest in N. America discovered

“These conditions have attracted merchant ships down the ages, leaving behind rich archaeological finds,” he said.

The sword, believed to be around 900 years old, will be put on display after it has been cleaned and restored.