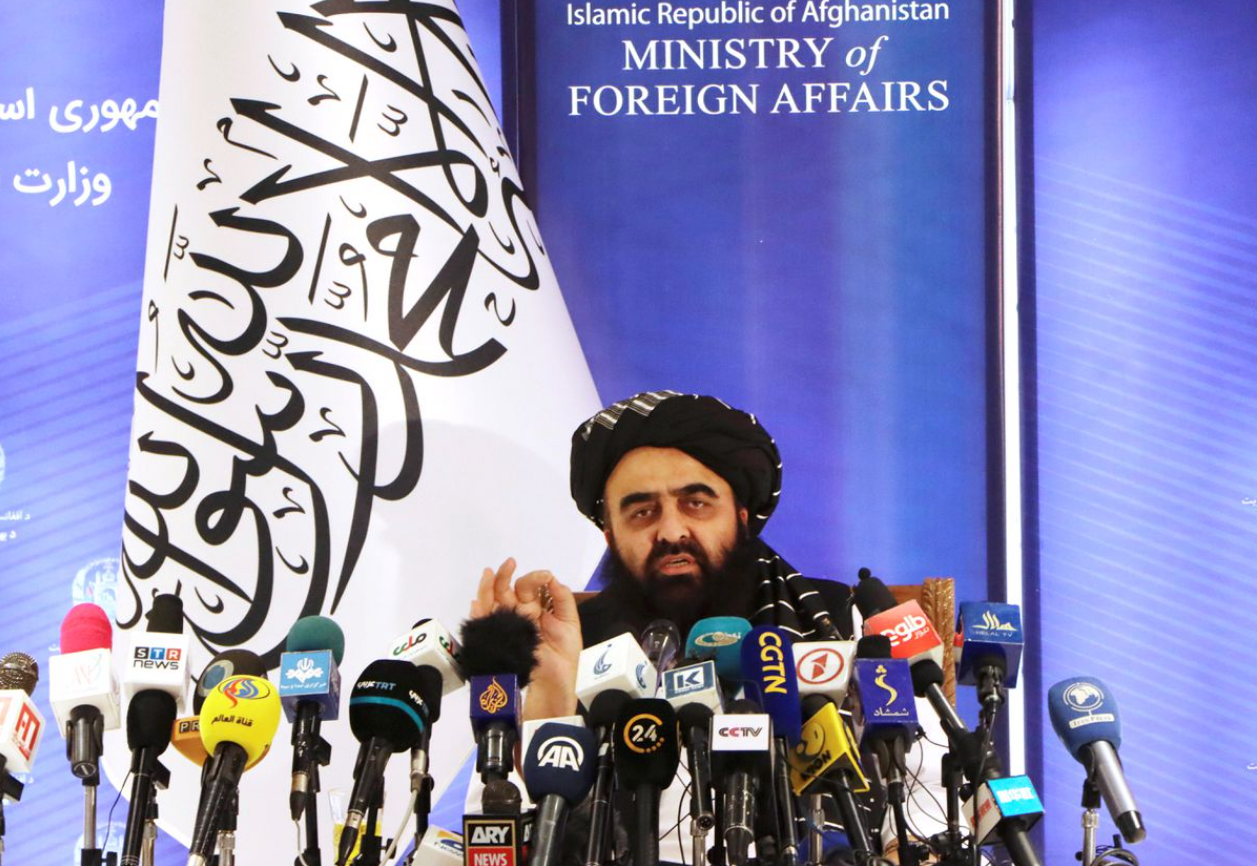 According to Tolo News, the delegation includes the acting foreign minister Amir Khan Mutaqi, among other ministers of the Taliban government.

Political and economic issues, as well as humanitarian aid, are expected to be the main topics of discussion in Moscow, the Tolo News report said.

Countries like Iran, Pakistan, Tajikistan, Uzbekistan, China, India and the United States were invited to the meeting. However, the US would not attend the meeting, reported the Afghan news agency reported.

The US will not attend, and Russia’s Foreign Minister Sergei Lavrov said official recognition of the Taliban is not under discussion at the moment.

“The delegation has gone to Russia to make Afghanistan’s position clear,” the agency quoted Inaamullah Samangani as saying.

“Representatives of many countries will participate in the meeting, so the meeting is important for Afghanistan,” said Mutaqi.

>> Russia says it’s in sync with US, China, Pakistan on Taliban

At the same time, the US has made it clear that the country will not participate in the scheduled meeting.

“We will not participate in the Moscow talks. The Troika Plus has been an effective, constructive forum. We look forward to engaging in that forum going forward, but we’re not in a position to take part this week,” US State Dept spokesperson Ned Price said.

Meanwhile, ahead of the Taliban’s upcoming visit to Moscow, Russian Foreign Minister Sergey Lavrov said on Tuesday said the official recognition of the Taliban is not under discussion at the moment.

“Official recognition of the Taliban is not under discussion for now,” Tolo News quoted Lavrov, adding, “Like most of other influential countries in the region, we are in contact with them. We are prodding them to fulfill the promises they made when they came to power.”

“We encourage them to live up to the promises they made when they came to power, including ensuring that the government is inclusive not only along the ethnic lines but also along the political lines so that the full range of political beliefs of the society is reflected in the government’s composition,” Sputnik said quoting Lavrov.

This comes after members of the Extended Troika format on Afghanistan met in Moscow on Tuesday and discussed common threats and humanitarian assistance to Kabul.