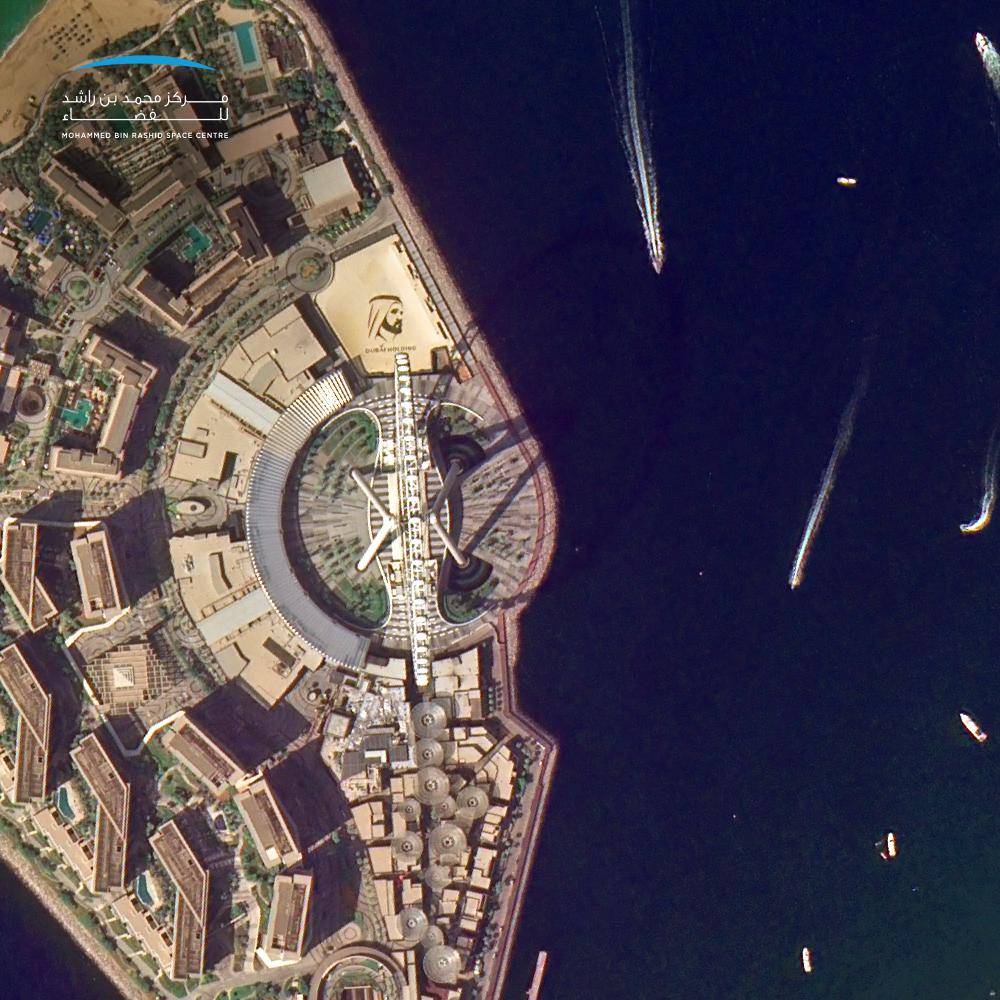 Ain Dubai, the world’s largest and tallest observation wheel, is all set to swing into motion on Thursday, October 21.

And on the eve of its opening, the magnificent structure has been captured on camera from space by KhalifaSat.

The image of the newest attraction in town, which extends to 250m in the sky, was taken by the first Emirati-made satellite and shared by the Mohammed bin Rashid Space Center (MBRSC).

This photo, taken by Khalifa Sat, shows Ain #Dubai, the world’s largest and tallest observation wheel extending to 250m in the sky. pic.twitter.com/5nVTdWTwvD

Ain Dubai is the latest landmark to be hemmed into the growing skyline of Dubai and could soon feature among the top attractions in the city.

It has 48 cabins on the wheel, with each cabin allowing 10 people at a time.

One rotation takes about 38 minutes, giving visitors spectacular views of Dubai’s landscape on one side and sea on the other.