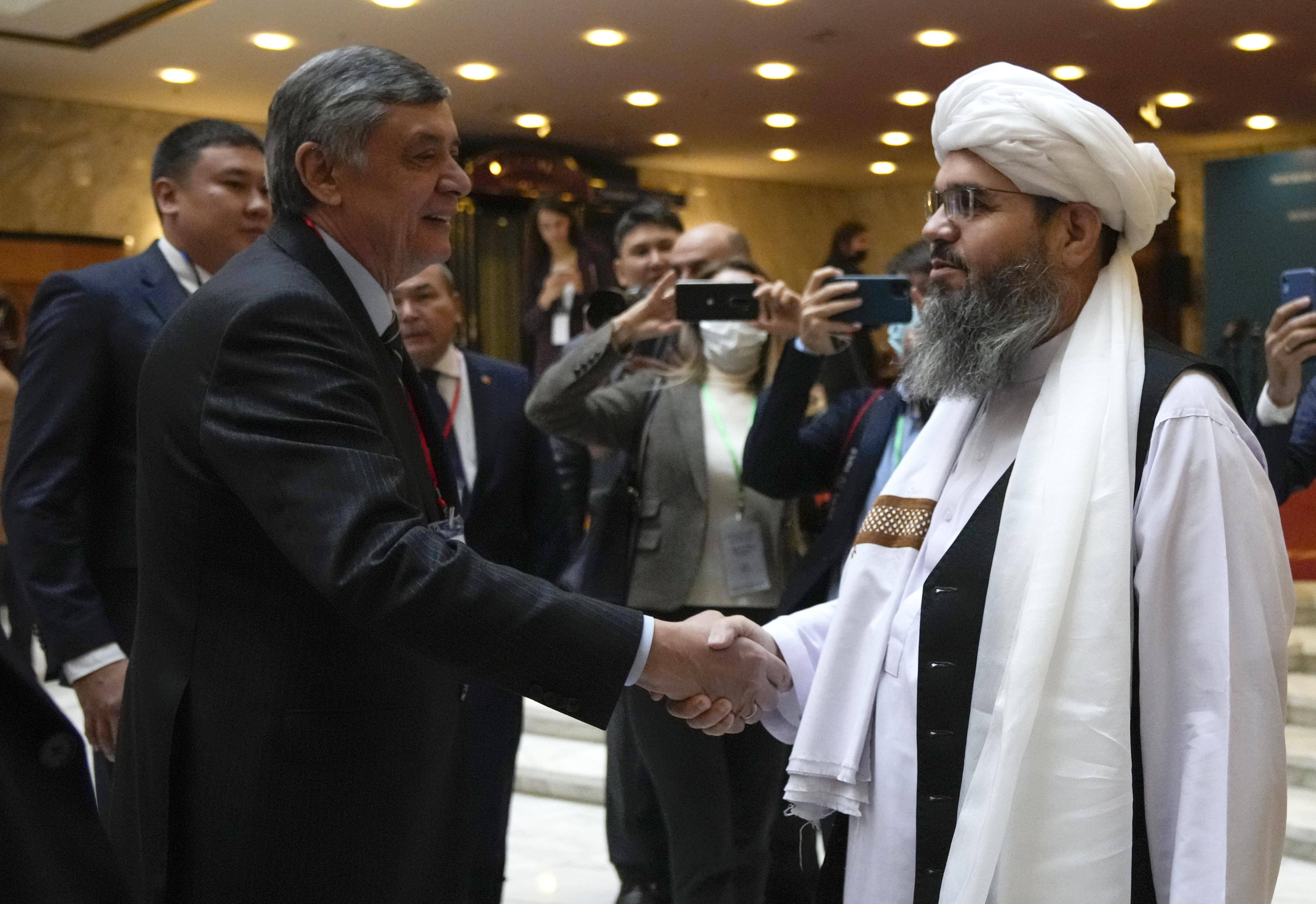 In recent years, Moscow has made a strong comeback as an influential power broker in international talks on Afghanistan

Russia hosted talks on Afghanistan on Wednesday involving senior representatives of the Taliban and neighbouring nations, a round of diplomacy that underlined Moscow’s clout in Central Asia.

Russian Foreign Minister Sergey Lavrov opened the talks and emphasised that “forming a really inclusive government fully reflecting the interests of not only all ethnic groups but all political forces of the country” is necessary to achieve a stable peace in Afghanistan, a nation of 39 million.

Russia had worked for years to establish contacts with the Taliban, even though it designated the group a terror organisation in 2003 and never took it off the list.

Any contact with such groups is punishable under Russian law, but the Foreign Ministry has responded to questions about the apparent contradiction by saying its exchanges with the Taliban are essential for helping stabilise Afghanistan.

Lavrov commended the Taliban for their efforts to stabilise the military-political situation in the country and ensure the operation of state structures.

“We are satisfied with the level of practical interaction with Afghan authorities, which allows to effectively ensure the security of Russian citizens in Afghanistan and the unimpeded operation of our embassy in Kabul,” Lavrov said in his opening speech.

At the same time, he emphasised the importance of respecting human rights and pursuing balanced social policies, adding that he discussed those issues with the Taliban delegation before the talks.

Lavrov said Russia would soon dispatch a shipment of humanitarian aid to Afghanistan.

Zamir Kabulov, the Kremlin envoy on Afghanistan who also attended the talks, said the international recognition of the Taliban will hinge on the inclusiveness of their government and their human rights record.

Abdul Salam Hanafi, a deputy prime minister in the Taliban’s interim government who attended Wednesday’s talks, said “the meeting is very important for stability of the entire region.”

In a conclusive statement, the participants in the talks noted that “further practical engagement with Afghanistan needed to take into account the new reality, that is the Taliban coming to power in the country, irrespective of the official recognition of the new Afghan government by the international community.”

“Participating countries call on the current Afghan leadership to take further steps to improve governance and to form a truly inclusive government that adequately reflects the interests of all major ethno-political forces in the country,” they said, stressing the need for the Afghan leadership to “respect the rights of ethnic groups, women and children.”

The talks’ participants called for an international donor conference under the auspices of the United Nations, “with the understanding that the core burden of post-conflict … reconstruction and development of Afghanistan must be shouldered by the powers which had military contingents in the country for the past 20 years.”

The Soviet Union fought a 10-year war in Afghanistan that ended with its troops withdrawing in 1989. In recent years, Moscow has made a strong comeback as an influential power broker in international talks on Afghanistan, hosting the Taliban representatives and members of other factions for bilateral and multilateral meetings.

Wednesday’s talks were preceded earlier this week by a meeting of top diplomats from Russia, China and Pakistan. The US, which is also part of that “extended troika” format, didn’t attend the meeting.

Last week, Russian President Vladimir Putin noted there must be no rush in officially recognising the Taliban as the new rulers of Afghanistan, but emphasised the need to engage in talks with them.

At the same time, Putin and other Russian officials stressed the threats posed by the Daesh group and other militants based in northern Afghanistan, and noted that drug trafficking from Afghanistan will continue to present a challenge.

Russia’s top diplomat urged the Taliban “not to allow the territory of Afghanistan (to be) used against the interests of any third countries, primarily its neighbours, our friends and allies in Central Asia.”

Russia has vowed to provide military assistance to its ex-Soviet allies in Central Asia to help counter the threats, and held joint drills in Uzbekistan and Tajikistan, which neighbour Afghanistan.