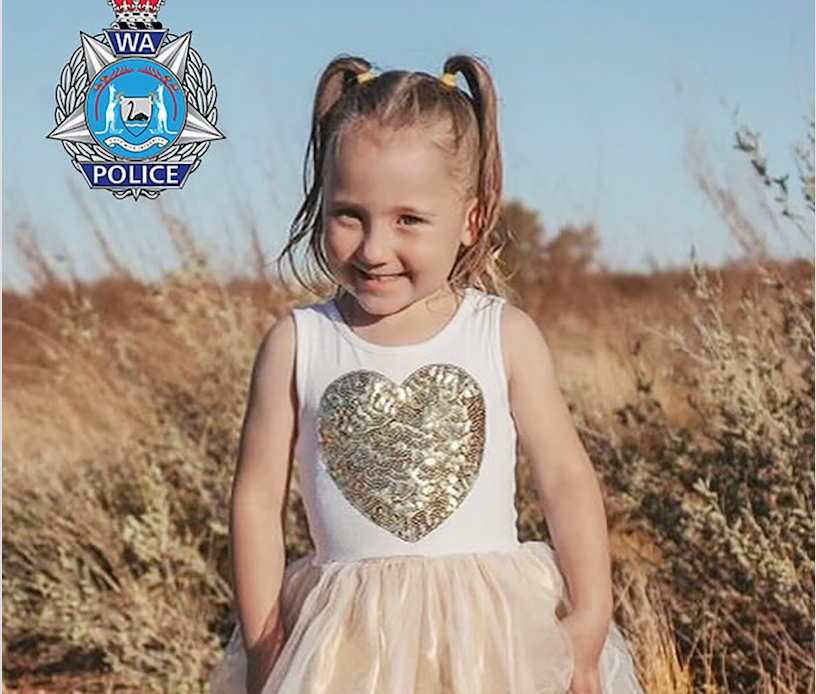 Australian authorities on Thursday offered AUS$1 million for information leading to the discovery of a missing four-year-old girl feared abducted from a remote campsite last weekend.

Cleo Smith disappeared from her family’s tent in Western Australia during the early hours of Saturday, sparking an extensive air, sea and ground search.

But after six days of fruitlessly combing in the area surrounding the Blowholes campsite — a coastal tourist spot about 1,000 kilometres (620 miles) north of Perth — police said they were “urgently seeking” public assistance.

“Someone in our community knows what happened to Cleo. Someone has the knowledge that can help,” Western Australia police deputy commissioner Col Blanch said.

“Now there’s a million reasons why you need to come forward.”

Detective Superintendent Rod Wilde said the investigation now “leads us to believe that she was taken from the tent”.

“We are hopeful that we will find Cleo alive. But we hold great fears for her safety,” he told a press conference.

>> 2-year-old who got lost on UAE mountain rescued

Cleo Smith’s disappearance has drawn national attention, with many Australians taking to social media to express their anguish for her family.

Her mother, Ellie, has described waking at 6 am to find the tent unzipped and her oldest daughter missing.

In an interview with local media Wednesday, she urged Australians to help “bring our little girl home”.