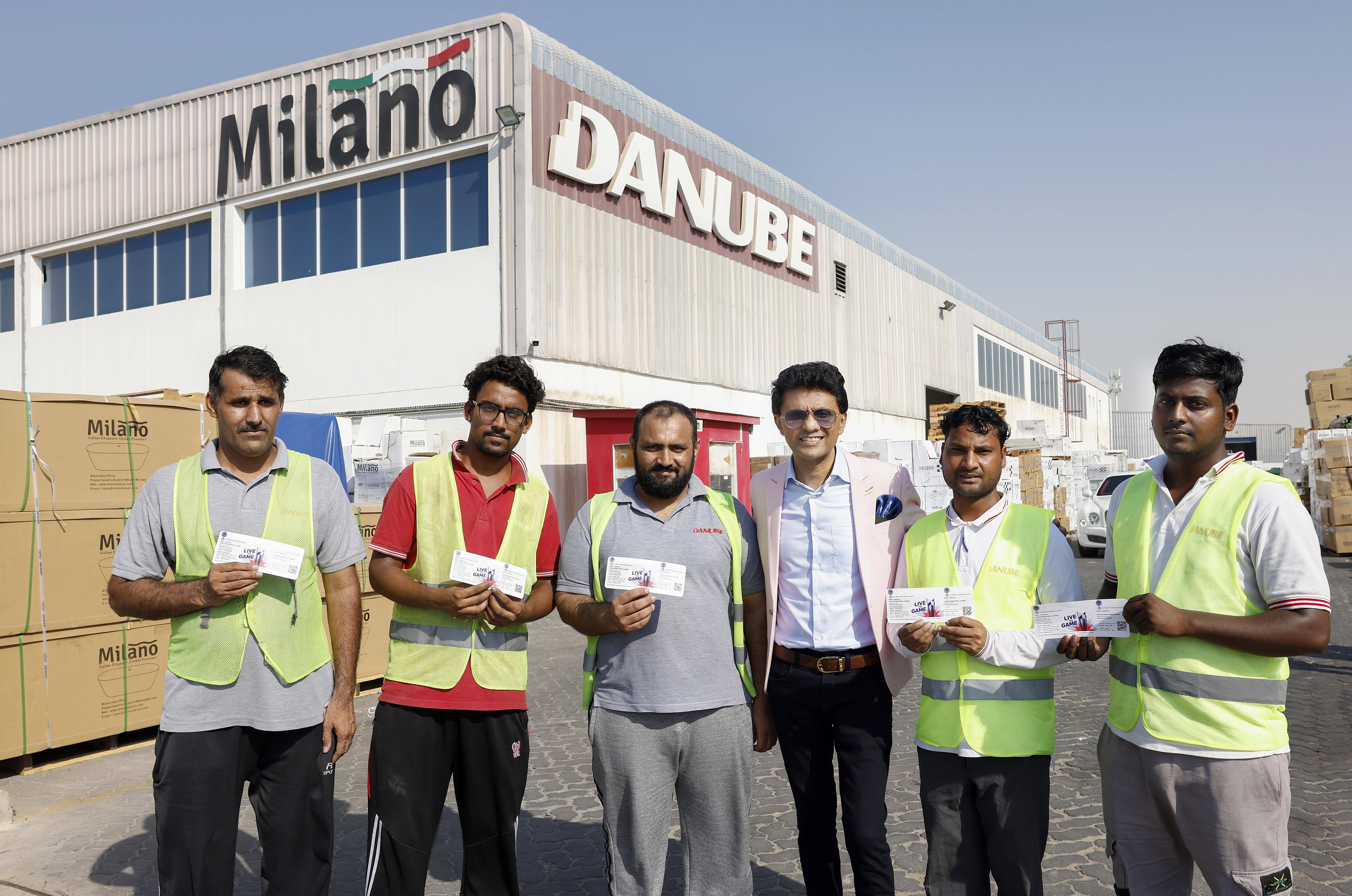 Anis Sajan gave his staff members 100 tickets for the India-Pakistan game, and for some other games in the tournament.

A Dubai businessman is gifting free tickets to 100 blue-collar workers for the most awaited ICC Men’s T20 World Cup match between India and Pakistan on October 24.

Anis Sajan, vice-chairman of Danube Group, and a well-known cricket aficionado, will be giving out 100 tickets for the India-Pakistan T20 match to his company’s blue-collar workers; another 100 for the Afghanistan-Pakistan match and 100 more for India versus the qualifying team for semifinals and finals.

>> Ticket holders to get PCR test at 50 per cent discount

Famously known as Mr. Cricket UAE for to his passion towards the game, Sajan has taken it upon himself to fulfil the dreams of these workers to watch the standout India-Pakistan match live at the iconic Dubai Stadium. He said that since Indo-Pak matches don’t take place often, and they have been clashing only once in 2-4 years, he decided to give his hard-working blue-collar staff a reason to smile by not just giving away free tickets, but also allowing them to take half-day off from work. The workers will also be given free transport to the stadium and food packets.

Not just that, the workers will also get their favourite fan jerseys and signature Mr. Cricket UAE jackets and caps.

And for those who will not be able to go to the stadium, the company has arranged special screenings at some of its warehouses.

This is the first T20 World Cup in the UAE, and the India-Pakistan encounter is one of the most sought after matches given the huge population of expats from these two countries living in the UAE. Most clubs and entertainment areas that will air the match live on big screens are already booked completely with people waiting to see the action. Quite a few cricket enthusiasts are also flying down from different parts of the world such as USA, England, India and Pakistan, to watch the game live at the stadium.

A Danube Group statement read: “It is a well-known fact that this match is an iconic one and watched by Indians and Pakistanis, no matter which part of the globe they are located in. Be it a labourer or a billionaire, each and every individual is emotionally invested in this match. No big activity is planned around this time, as all the attention is only focused on the match. It is only the privileged ones who get to see all the action live at the stadium. To witness such a game live however is a distant dream for the blue-collared staff who slog through the day to make ends meet. This time around the vice-chairman of Danube Group has taken it on himself to fulfil the dreams of these workers by distributing tickets for the India Pakistan Match on October 24, 2021, happening at the ring of fire, the iconic Dubai Stadium. Transport has also been taken care of for these workers to go to the Stadium along with food packets for them.”

Sajan will also be handing out tickets for India’s match versus A2 on November 5, for which the opponent will be decided later.

Commenting on the initiative, Sajan said: “We are also trying to get tickets for the semifinal as well as the final matches, and who knows they might see their favourite teams India and Pakistan in the T20 World Cup finals.

Sajan added: “I have been lucky enough to live my passion for cricket all these years and the best way to share my passion is to distribute tickets to the less privileged and bring a smile on their face.”

As for his own plans for watching the India Pakistan game, Sajan said that he was more than happy to watch it at home, where he has arranged a screening with a group of his friends, who are a mix of Indians and Pakistanis.