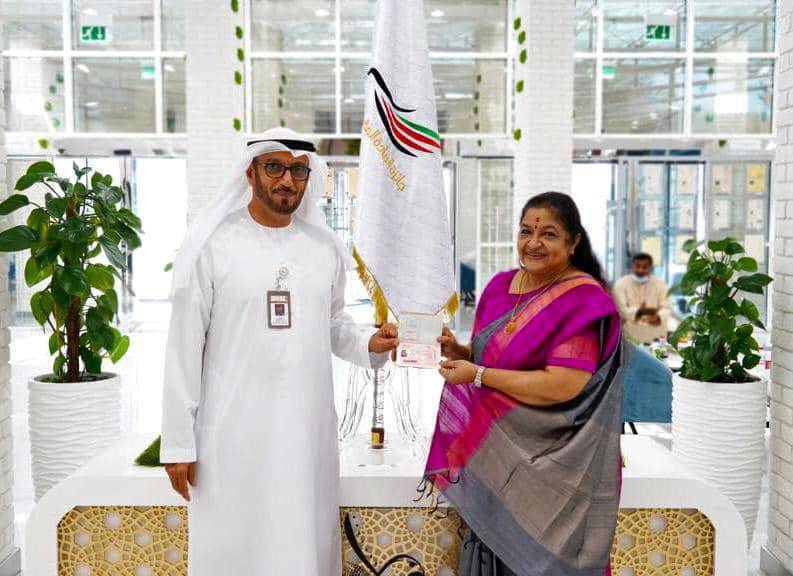 Indian playback singer KS Chithra, known for her soulful voice, is the latest celebrity to be bestowed with the UAE Golden Visa.

The musician from Kerala was awarded the 10-year residence visa in Dubai by the director general of General Directorate of Residency and Foreigners Affairs (GDRFA), Major General Mohamed Ahmed Al Marri.

She is a six-time National Film Awards winning singer who has made her mark in the Indian playback industry.

In a career spanning over four decades, the singer has recorded over 25,000 songs in various Indian languages.

Known as the “Nightingale of South India”, she has lent her voice to Malayalam, Tamil, Telugu, Kannada, Oriya, Hindi, Assamese and Bengali films.

>> Meet the five Malayalam actors who received the Golden Visa

She joins the prestigious list of celebrities from South India like Mammootty, Mohanlal, Tovino Thomas and Prithviraj Sukumaran who have received the coveted Golden Visa.

Since its launch in 2019, the UAE’s Golden Visa has been honouring the best of the best across all fields, including entertainment.

The 10-year visa aims to attract and retain the brightest expat talent in the UAE.