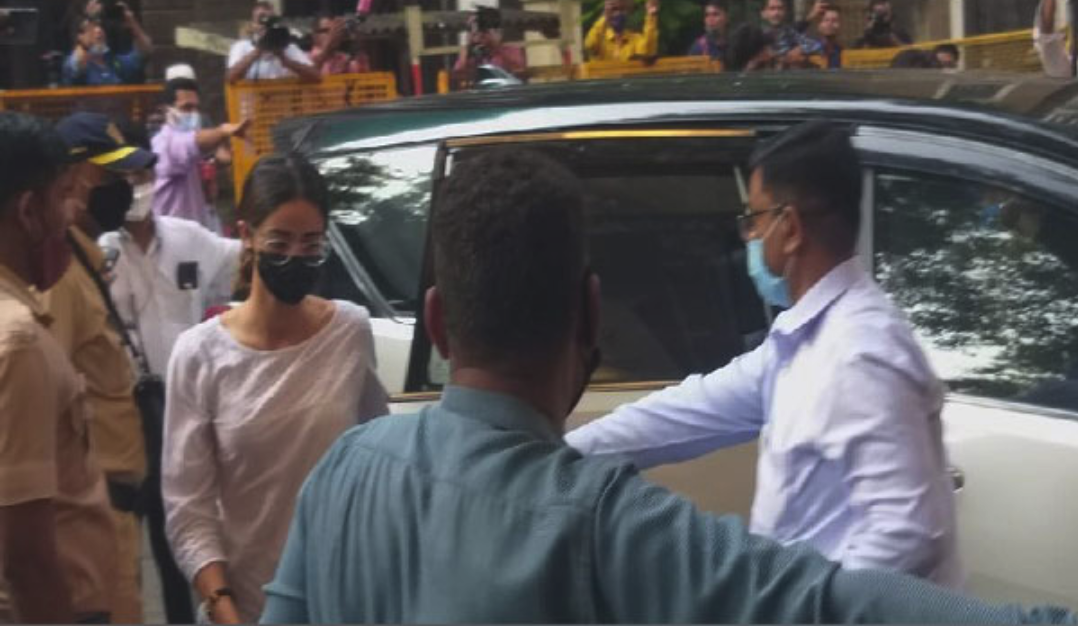 As per the NCB sources, the chats recovered from the mobile of Aryan Khan , who is an accused in the case, revealed that Ananya Panday supplied numbers of drugs dealers to Aryan thrice.

“The name of Ananya Panday has come up in a chat which reveals she supplied weed to Aryan thrice including one at a popular get-together. We have seized both phones of Ananya Panday, which includes an old handset as well as the phone she purchased a few months ago. The phones have been seized to check evidence tampering,” NCB sources told ANI.

Ananya Panday has been summoned by NCB today in connection with the Mumbai cruise raid case as well on suspicion of drug consumption. The summon has been issued based on the chats recovered from Aryan Khan’s mobile.

The NCB official source said, “As per the chats, in the year 2018-19, Panday assisted in supplying weed by providing Aryan Khan phone numbers of drug dealers.”

Earlier on Thursday, a team of NCB was seen at actor Ananya Panday’s residence in Mumbai, following which, she was summoned by the probe agency at its office. Later, Ananya reached the NCB office along with her father Chunky Panday.

A total of 20 people, including Bollywood actor Shahrukh Khan’s son Aryan Khan, have been arrested so far in the case. Bombay High Court will hear Aryan Khan’s bail application on October 26.