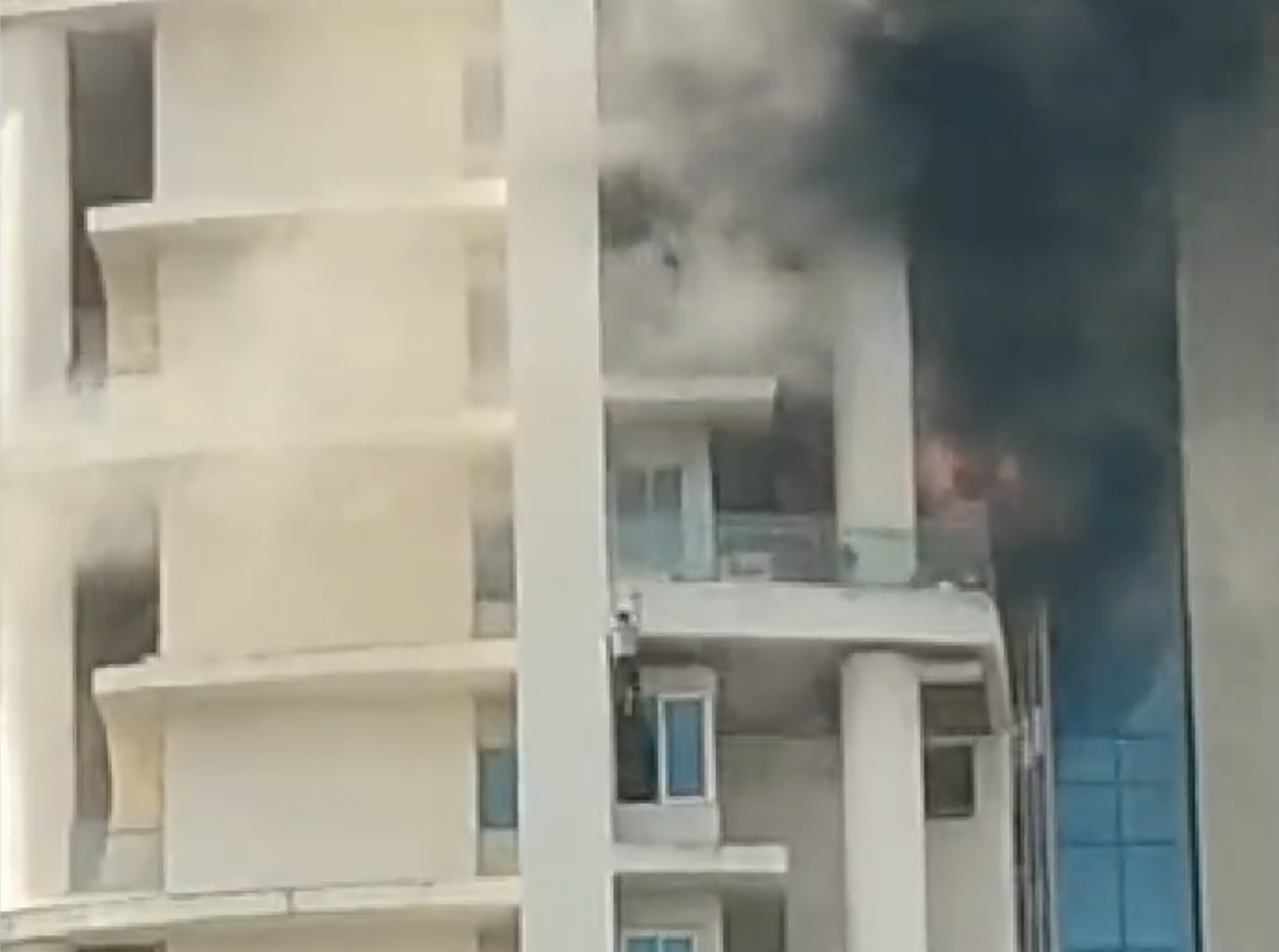 A massive fire broke out at a 61-storey, luxury apartment in Mumbai, killing one person on Friday.

The 30-year-old man had been trying to save himself, but video footage showed him losing his grip and falling from the 19th floor of the Avighna Park Apartment on Currey Road.

No other injuries have been reported thus far, according to ANI News.

Mathrubhumi reported that 16 fire engines were employed to extinguish the blaze.