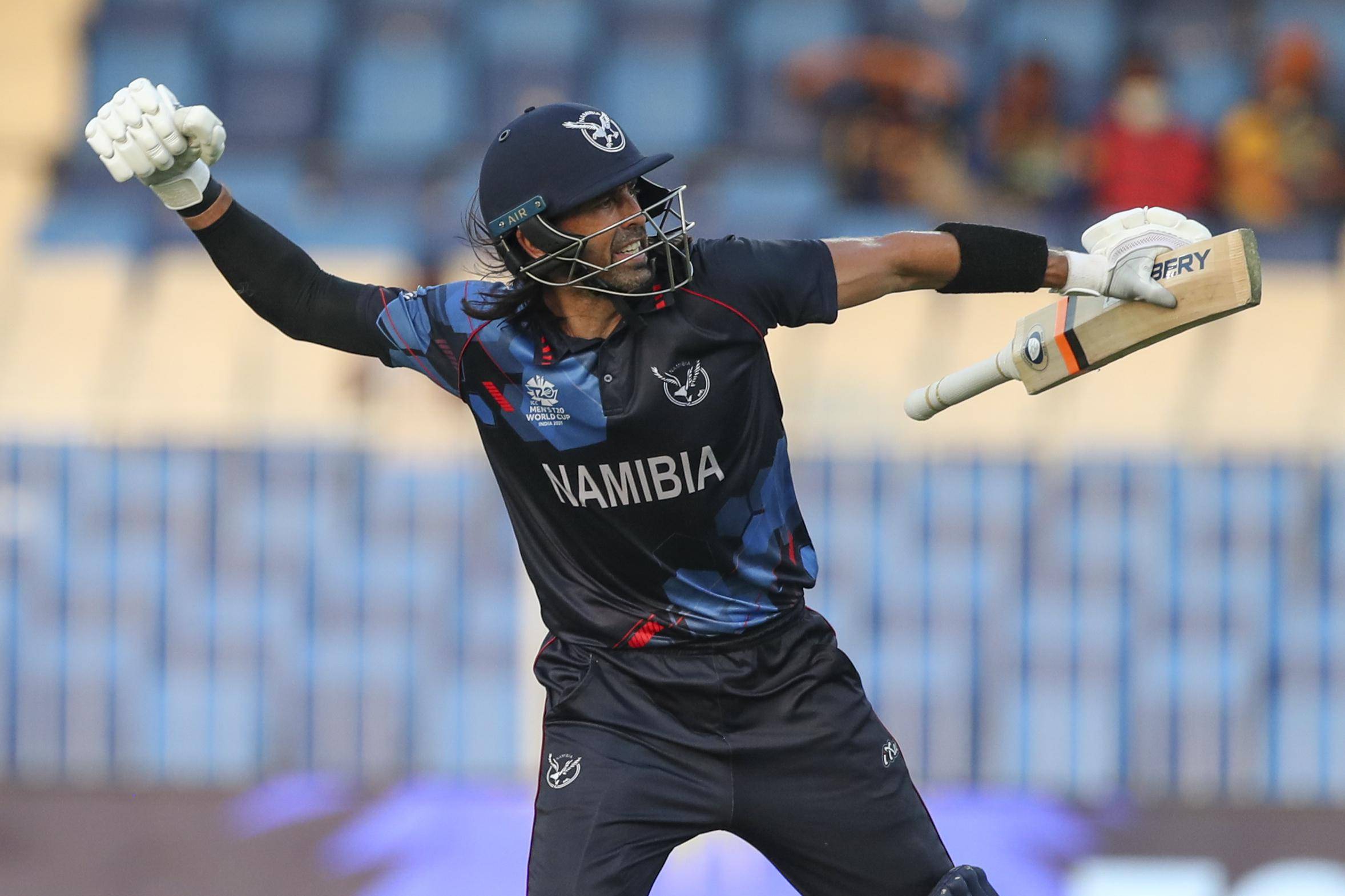 Namibia reached the main draw of the T20 World Cup for the first time by beating Ireland by eight wickets on Friday, becoming the final team to qualify for the Super 12s.

Set a target of 126 to win, Namibia got there with nine balls to spare mainly thanks to 53 not out off 49 balls by captain Gerhard Erasmus, who shared an unbeaten 53-run partnership with David Wiese (28).

The Namibians previously beat the Netherlands in Group A of qualifying for the country’s first win at a World Cup and went a step further by taking down an opponent seven places higher than them in the ICC rankings.

They will join Sri Lanka in qualifying from the group.

Ireland, looking to qualify for the main draw of the T20 World Cup for the first time since 2012, won the toss and were 55-0 after six overs at the end of the powerplay.

The team failed to build on their strong start and the runs stopped flowing on a slow pitch after Paul Stirling was out for a 24-ball 38. The Irish finished on 125-8, having been 62-0 after 7.1 overs.

Bangladesh and Scotland qualified from Group B to get to the Super 12s, which start Saturday. — AP