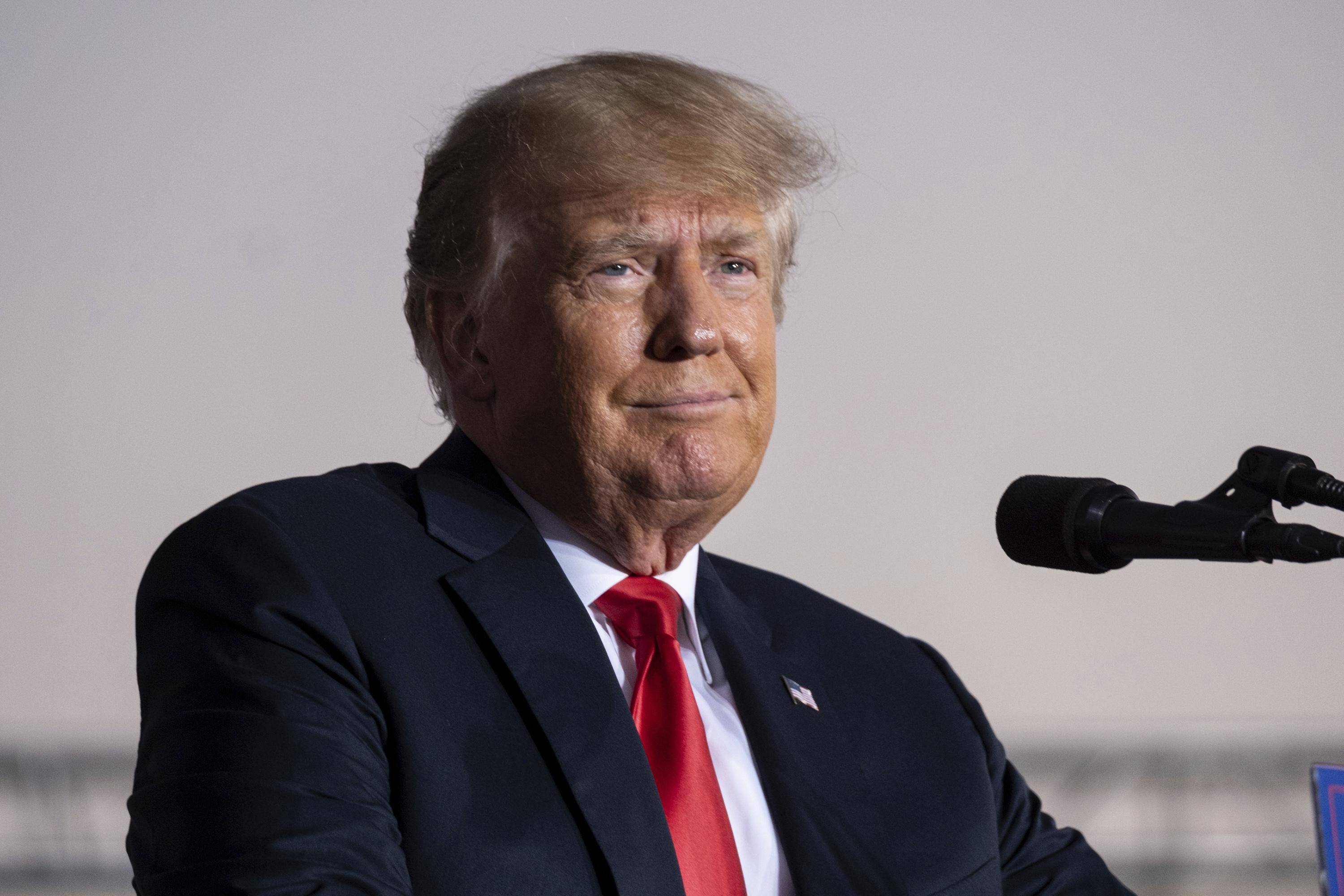 Experts were split on how strong a competitor Trump Media & Technology Group can be, but the stock market reacted with exuberance

Some investors aren’t waiting to see if former President Donald Trump’s plans for a media company to challenge the likes of Facebook, Twitter and even Disney can actually become reality — they’re all in.

Trump said on Wednesday that he’s launching Trump Media & Technology Group and a “Truth Social” app as a rival to the Big Tech companies that have shut him out and denied him the megaphone that was paramount to his national rise. The announcement came nine months after Trump was expelled from social media for his role in inciting the January 6 Capitol insurrection.

Experts were split on how strong a competitor Trump Media & Technology Group can be, but the stock market reacted with exuberance.

“I’m personally not a Trump supporter, but this could lead to giant media presence,” said amateur investor Ryan Joshua Keenan, who put $2,000 into the stock early Thursday morning and had already tripled the money by the early afternoon. “It’s been going up ridiculously.”

Trump has spoken about launching his own social media site ever since he was barred from Twitter and Facebook. An earlier effort to launch a blog on his existing website was abandoned after the page drew dismal views.

“We live in a world where the Taliban has a huge presence on Twitter, yet your favourite American President has been silenced,” he said in a statement on Wednesday. “This is unacceptable.”

Conservative voices actually do well on traditional social media. On Wednesday, half of Facebook’s 10 top performing link posts were from conservative media, commentators or politicians, according to a daily list compiled by a New York Times technology columnist and an internet studies professor using Facebook’s own data.

TMTG has not set its sights low. In addition to the Truth Social app, which is expected to soft-launch next month with a nationwide roll-out early next year, the company says it is planning a video-on-demand service dubbed TMTG+ that will feature entertainment programming, news and podcasts.

One slide in a TMTG presentation on its website includes a graphic of its potential competitors, which range from Facebook and Twitter to Netflix and Disney+ to CNN. The same slide suggests that over the long term TMTG will also become a power in cloud computing and payments and suggests it will go head-to-head with Amazon, Microsoft, Google and Stripe.

A Trump-branded social media portal would join a crowded space dominated by Big Tech-run portals like Facebook and Twitter. Still, everyday social media users tend to be on multiple platforms at once, so TMTG’s offering doesn’t have to necessarily peel users from other portals to thrive.

For now, the deal is attracting stock traders. Shares of Digital World Acquisition soared $35.34, or 357 per cent, to $45.50, and changed hands more than 475.8 million times. That compares with average trading volume of 11.2 million shares for Twitter, which trade at around $65.

The last time Trump ran a publicly traded company, it didn’t end up well for investors. His casino company, Trump Entertainment Resorts, lost hundreds of millions of dollars over a dozen years and filed for bankruptcy twice, socking shareholders with big losses.

Trump fared better. He took in $82 million in fees, salary and bonuses over the same, according to Fortune magazine.