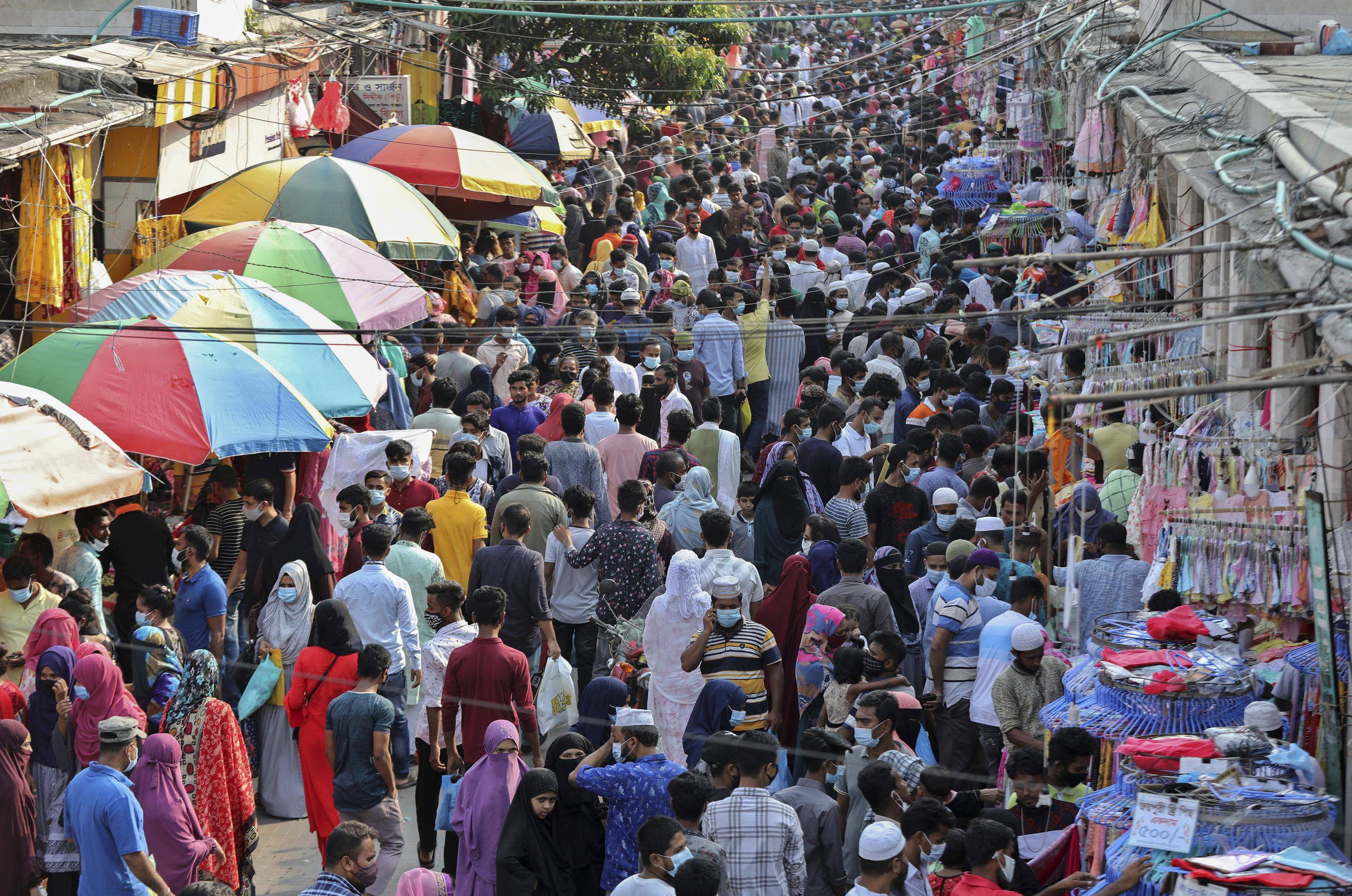 The South Asian nation is considered especially prone to flooding, extreme weather and the loss of farmland to rising ocean levels

Bangladesh plans to present its ‘climate prosperity plan’ aimed at mitigating the effects of global warming on economic development at the forthcoming UN climate talks in Glasgow, a Bangladeshi climate official says.

The plan envisions boosting renewable energy, making agriculture more resistant to climate shocks and finding solutions in nature to challenges posed by global warming, such as restoring mangroves to protect coasts from cyclones.

The South Asian nation says it will encourage other similarly vulnerable countries to draft their own plans.

Representatives of more than 200 countries will gather for the 26th UN Climate Change Conference, known as COP26, from October 31 to November 12 in Glasgow, Scotland, to discuss new targets for cutting or curbing the growth of emissions that contribute to climate change.

With most of its 160 million people tightly packed into low-lying areas along the Bay of Bengal, Bangladesh is considered especially prone to flooding, extreme weather and the loss of farmland to rising ocean levels.

Relying on its own resources and with support from the international community, Bangladesh could still make the Ganges River delta that dominates much of the country prosperous, Abul Kalam Azad said in an interview with The Associated Press on Friday.

“Hopefully, we’ll be carrying this to COP26, requesting all vulnerable countries to have their own prosperity plans looking toward their own issues, own problems and own resources,” said Azad, the government’s special envoy to the Climate Vulnerable Forum, a group of nations most vulnerable to climate change.

The question of how climate change will impact its economy is key for the country that has emerged as one of Asia’s fastest growing economies. Its GDP has increased from $6.2 billion in 1972 to $305 billion in 2019. Some forecasts expect it to double in size by 2030, with the goal of becoming a higher middle-income country by 2031 and a developed one by 2041.

But climate change could reverse this trend and presents an existential threat. Despite contributing a fraction of the world’s emissions, a third of its population is at risk of from displacement by sea level rise. It is also at increased risk from severe floods, cyclones and heat waves.

“We live with nature…we can’t change our inhabitants,” Azad said. The question now is how Bangladeshis could best continue living in the delta, he said.

Officials from the 48 countries that make up the Climate Vulnerable Forum said earlier this week that the recent UN science report stressed the urgent need to ensure that global warming doesn’t increase beyond 1.5 degrees Celsius (2.7 degrees Fahrenheit). Scientists say that goal is at risk unless emissions drop soon.

Azad also called for governments to update emission reduction goals every year. He said that the rate of climate degradation and impacts of global warming were far outpacing efforts to combat it.

Azad said extreme weather had brought destruction not just to developing nations, but also to the developed world. The cost of failure at the upcoming climate talks would be “very devastating,” he said.

“To my understanding, there is no scope to fail. We must achieve. We must succeed,” Azad said.