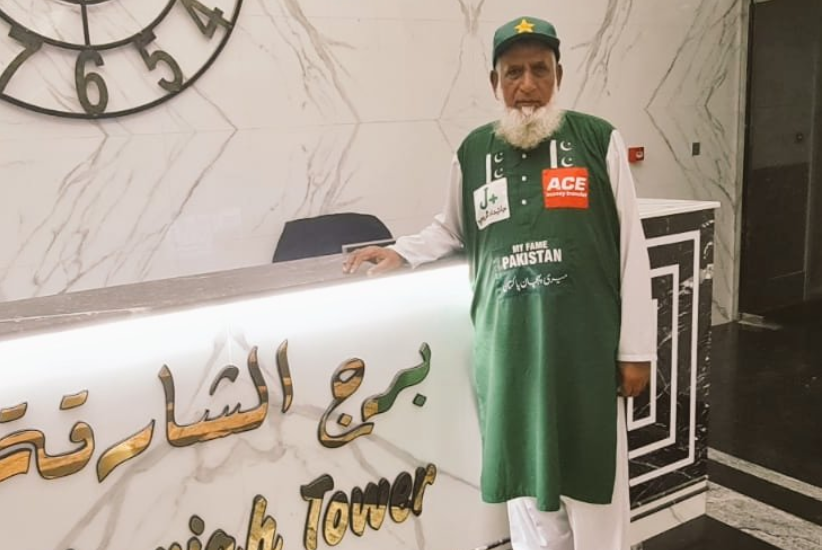 Sufi Abdul Kareem, aka ‘Chacha Cricket’, has managed to get hold of a ticket to watch the most anticipated match of the T20 World Cup between Pakistan and India.

He thanked Pakistan Cricket Board (PCB) for immediately reaching out to him after his call for help. He promised to cheer for the ‘Men in Green’ from the stands.

Special thanks to Team Manager @mansoorrana205 Media Manager @IbrahimBadees, Deputy Consulate General @PakinDubai_ for reaching out to me for the #PakVsInd match ticket. Insha Allah will cheer the #BoysInGreen from the stands. Thank you everyone for your love #PakistanZindabad https://t.co/yJBCv1jt8x

Earlier, he had tweeted the Pakistan Cricket Board (PCB) to arrange a ticket for him, as he had exhausted all his sources in the UAE trying to get one for the unmissable match.

Tried with all my sources in UAE for #PakVsInd match ticket, but no luck yet. I request PCB to arrange this for me. Because my presence will be an honor not only for me but for @TheRealPCB & #Pakistan #PakistanZindabad @TheRealPCBMedia @iramizraja @salnaseer @mansoorrana205 pic.twitter.com/CtnAlpVAN7

The Super 12 stage of the ICC Men’s T20 World Cup 2021 will feature India and Pakistan in a high-octane clash today at 7 pm on Sunday (October 24) at Dubai International Cricket Stadium.

Both teams will aim to open their accounts with a win and carry the confidence deeper into the tournament.

Pakistan won their warm-up tie against West Indies but lost against South Africa, while India won both their warm-up games against England and Australia comfortably.

The meeting between both sides is largely confined to ICC tournaments over the past few years, with India emerging victorious in all their five encounters against Pakistan in the T20 World Cups.