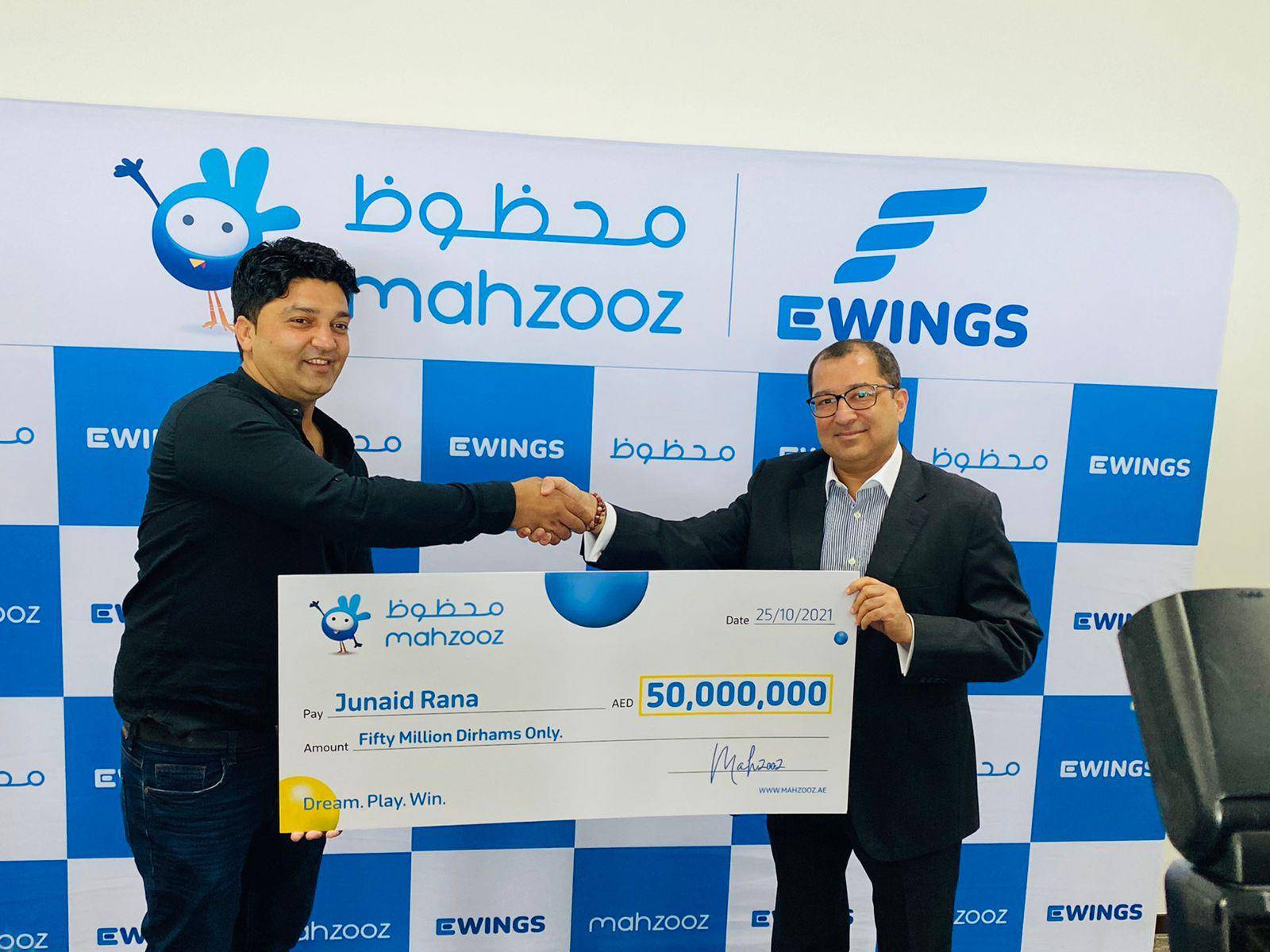 The winner who took home a whopping Dh50 million in this week’s Mahzooz live draw is a 36-year-old Pakistani driver — who bought himself a ticket after a last-minute decision.

Junaid Rana revealed he only entered the draw on the final day — a move that turned out to be most fortuitous after he became the first-ever winner of grand Dh50,000,000 prize in the 48th edition of the event, which took place on Saturday night.

The expat, who earns under Dh6,000 per month, is father to a four-year-old daughter and two-year-old boy. His wife, who lives in Pakistan, is currently expecting their third child.

“I closed my eyes and picked the numbers, “ said Junaid. “I never dreamt of getting expensive things. I am a simple man and I’m just happy.”

The UAE resident spoke of how he was sitting with a colleague after duty when he found out he’d won the jackpot. “My colleague told me someone had won Dh50 million. I said, ‘Good; let me check my numbers.’ I saw the first three numbers matched and I was just happy that the cost of the ticket was reimbursed,” he laughed.

I will name my third child ‘Dua’

Junaid, who comes from a joint family system in Pakistan, recalled: “I had called home on Saturday and my sister picked up the phone. When I asked her where my wife was, she told me she was praying (salah). I told her to tell my wife to pray that I win a jackpot. I think it was my wife’s prayers (dua) that got answered and this is why I will name my third child ‘Dua’.”

The Pakistani expat already has plans for what he will do with his winnings. “I have a loan of Dh100,000 at the moment; my brother too has a big loan. I will first pay those off. My next plan will be to buy a big house for my family in Dubai as well as in Pakistan. I also want to buy my dream car soon, which is a Nissan Skyline GTR.”

Junaid was brought up in the UAE, where his father owned a small tailoring business. A few years ago, his dad fell ill and returned to Pakistan for treatment. Junaid also moved back to his home country, where he took care of his father for five years.

He is looking forward to bringing his mother, wife and children to the UAE soon.