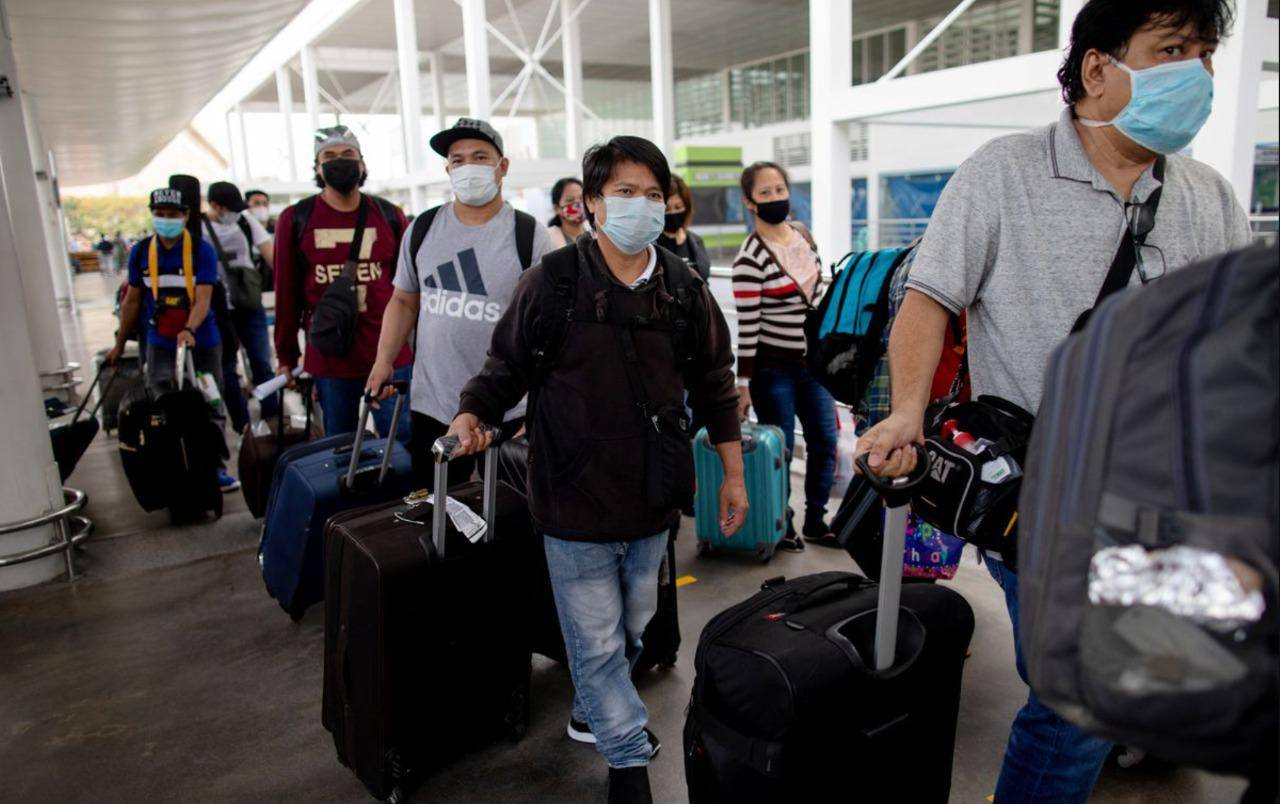 Around 25,000 overseas Filipino workers (OFWs) from across the globe have received one-time cash assistance of Php30,000 (Dh2,100) for their children in college, the Philippines’ labour authorities said on Monday. With fresh funds eyed for this pandemic programme, more expats may still be able to avail themselves of the grant.

The initiative, called Tabang OFW, was launched last year as part of the relief programmes for Filipino expats whose livelihoods were affected by the Covid-19 situation.

Among those eligible are OFWs who were repatriated, lost their jobs, or died amid the pandemic. For every expat in need, one dependent in college could be given Dh2,100.

“Over a month ago, Philippine President Rodrigo Duterte has ordered that an additional Php 3 billion (Dh217 million) be allocated to the scholarship programme,” Philippine Labour Secretary Silvestre Bello III said as he met Filipino expats in the UAE at a town hall meeting in Dubai on Monday night.

An initial fund of Php1 billion (Dh72 million) was allotted to the project in 2020.

Out of the target beneficiaries of over 32,000, the Overseas Workers Welfare Administration (Owwa) —led by Hans Leo Cacdac — has given cash assistance to nearly 25,000 college students.

The project was a big boost to the regular scholarships that Owwa provides every year, Cacdac said.

He added, “I’m proud to report that the number of Owwa scholars has doubled as compared to pre-Covid years. Before the pandemic, we usually have 10,000 college-level scholars annually. This number reached 20,000. On top of that, we have the Tabang OFW scholars, bringing the total to 45,000 in one year — that’s four times the annual average before Covid.”

How to avail of the Dh2,100 financial aid for dependents in college

> An OFW must submit his/her application on ease.owwa.gov.ph

Requirements (which can be submitted online)

> Proof of enrolment of the dependent

> Passport or other travel documents of the OFW

> Proof of arrival (if repatriated)

> Death certificate (for OFWs who died)

> Proof of relationship with the dependent

“If it’s not enough, then we will increase the amount in time. Over time, we will see how it develops. We have to get the results also,” the Philippine president said in a previous report.

“I will try to go as far as Php3 billion so that we can make an impact (and alleviate) the hardships of the OFW,” he added.

The scholarship is just one of several relief programmes that the Philippine government has rolled out for the scores of OFWs whose livelihoods had been affected by the Covid-19 pandemic.

Owwa has so far taken care of 750,000 Filipino expats who have been repatriated from around the world. The government agency has been shouldering the OFWs’ transport, food, hotel quarantine, among other needs.

More than half a million OFWs, who lost their jobs to Covid-19, also received cash assistance of Php10,000 (Dh720). Some 40,000 benefitted from livelihood projects, allowing them to start afresh back home.